King James is getting cryptic again.

LeBron James is apparently fed up with “corny” clout-chasers, according to a now-deleted tweet on Monday that read: “Being corny/chasing clout is the Gold Standard. It’s literally rewarded these days! I didn’t come up like this. It’s so weird man! Corny as hell.”

in case you missed it 🫤 pic.twitter.com/eVByq5yKD0

It’s unclear what or who exactly James was referencing, however, the four-time NBA champion is no stranger to sharing cryptic social media posts.

Soon after, James tweeted a message welcoming De’Aaron Fox to “the family,” after the Kings point guard signed with Klutch Sports Group — the same agency that represents the 37-year-old.

James has yet to address the removed tweet, which followed his best offensive performance of the season in a 143-138 win over the Spurs on Saturday. He scored a season-high 39 points to go with 11 rebounds to put the Lakers at 7-11 on the season, and just two games out of a play-in spot. 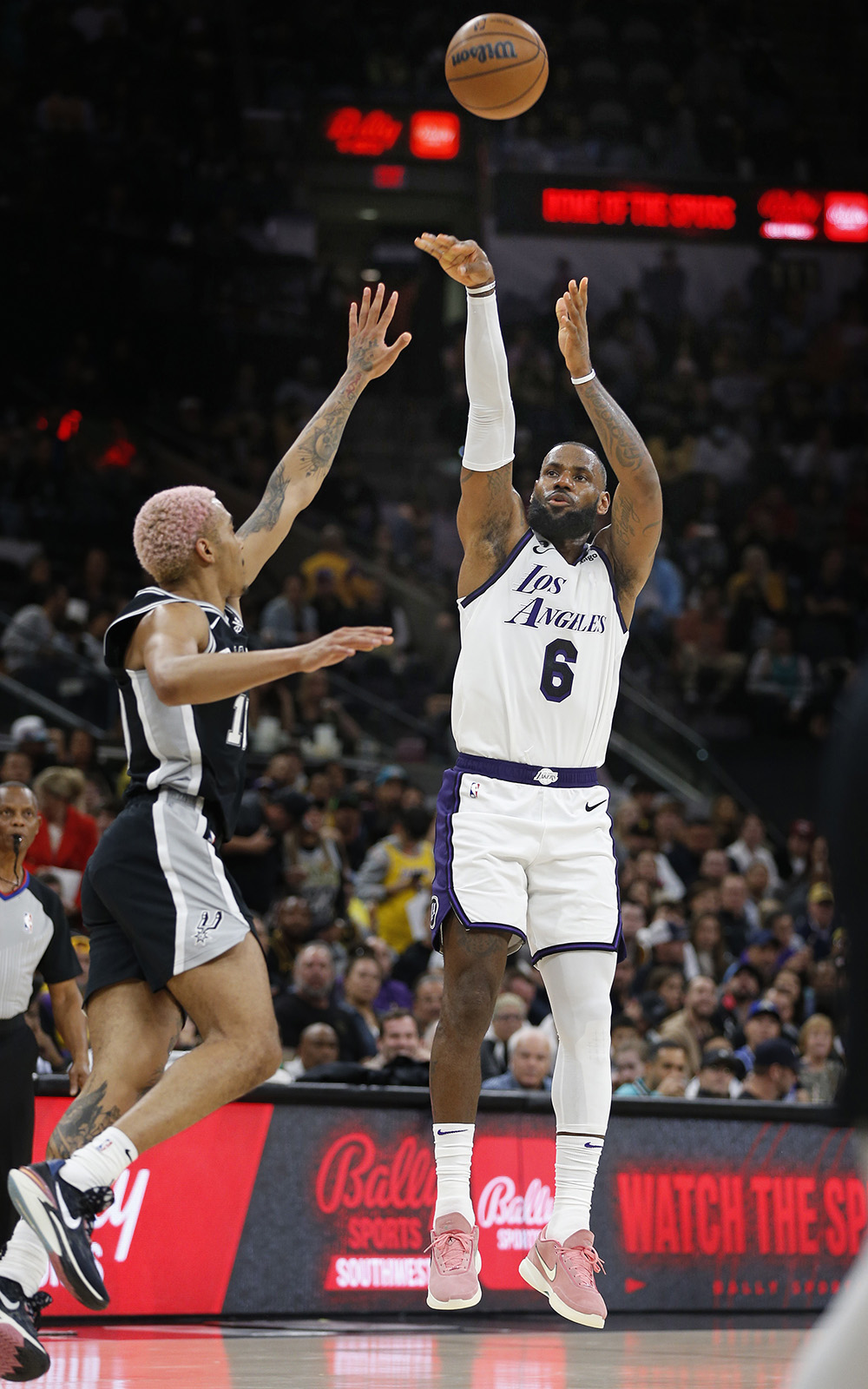 LeBron James shoots a three against Jeremy Sochan of the Spurs at AT&T Center on Nov. 26, 2022 in San Antonio, Texas. 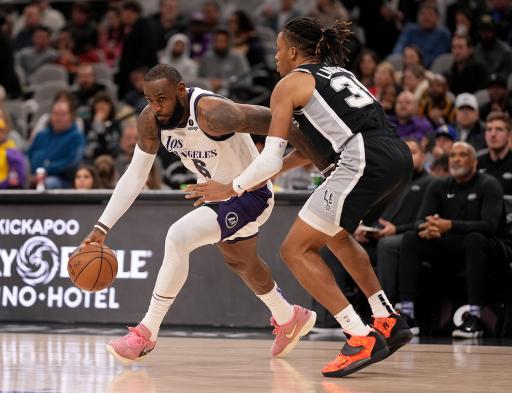 Lakers star LeBron James drives to the basket against the Spurs on Nov. 26, 2022 at the AT&T Center in San Antonio, Texas.

That followed a 21-point performance against the Spurs on Friday, when James returned to action following a five-game absence due to a left groin strain.

The Lakers have now won five of their last six following a dismal start to the season, which began with James calling out the Los Angeles squad for its lack of shooting. They host the Pacers on Monday night.