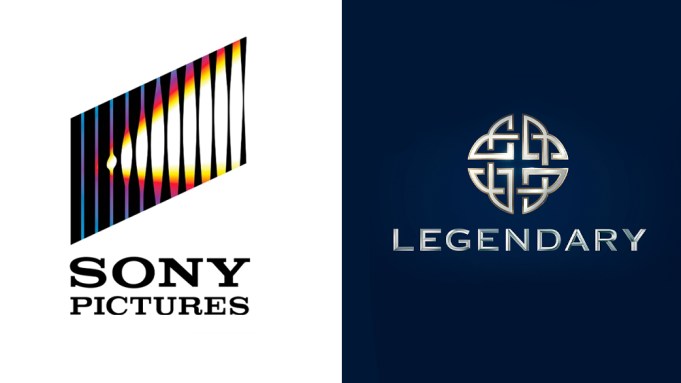 Sony Pictures Motion Picture Group and Legendary Entertainment have made a new multi-year worldwide film distribution partnership. The deal replaces the former pact which Legendary had with Warner Bros, however, both studios will continue to remain in business on select existing titles, read the upcoming Dune: Part Two which is shooting for a Nov. 3, 2023 release, as well as the Monster-verse movies. We told you back in August that Legendary was looking to move off its Warner arrangement.

Under the new Sony deal, the Culver City, CA studio will market and release Legendary’s new upcoming theatrical motion picture titles around the world sans China where Legendary East will handle all marketing and distribution on its movies.

Sony Pictures and Legendary are aligned in their ongoing commitment to theatrical distribution as a driver for other “downstream” windows and the theatrical window’s long-term value for films.

Sony will also handle home entertainment and TV distribution for the Legendary titles it distributes.  Legendary retains the option to produce and distribute feature film content for the wide range of streaming platforms existing both today and for future incarnations.

“It’s a rare opportunity to partner in this mutually beneficial way with true pros, who are completely aligned in our theatrical commitment and vision for this business,” said Josh Greenstein and Sanford Panitch, Presidents of Sony Pictures Motion Picture Group. “The creative brilliance and power of Legendary is huge and we look forward to bringing their work to theaters across the world.”

“As we continue to grow our content offerings, we are excited to forge this relationship with Tony, Tom, Sanford, Josh and the rest of the exceptional Sony team. Sony’s commitment to theatrical distribution aligns with our vision of how to best derive the most value for Legendary’s movies. The incredible slate of movies that Mary Parent has amassed are built for the theatrical experience and we are excited about our partnership with Sony for this next phase of Legendary’s growth.” said Legendary CEO Joshua Grode.

“Legendary is, well, legendary and we are excited and fortunate to add Josh and Mary’s strong slate to our ongoing commitment to big movies on the big screen,” said Tom Rothman, Chairman and CEO of Sony Pictures Motion Picture Group.

Continued Grode, “We are also grateful to Warner Bros. Pictures who has been a valuable partner to Legendary over many years, and we look forward to continuing our work with the talented executives at Warner/Discovery.”

Legendary’s Dune and Godzilla vs. Kong together amassed close to $872M during the pandemic as theaters were coming back, and those titles designated by parent company WarnerMedia to go day and date on their streaming service HBO Max. Dune won six Oscars. Other notable pics from Legendary include Pokemon Detective Pikachu which made over $433M pre-pandemic, as well as the Enola Holmes franchise on Netflix.

Legendary had been situated at Warners for some years, producing the blockbuster Christopher Nolan Dark Knight films. Legendary went to Universal in 2014 for a five-year deal. In 2018, Legendary switched Detective Pikachu over to Warner Bros. Detective Pikachu was one of six pictures that Warner Bros co-financed and release in a non-exclusive pact with Legendary.

God of War Ragnarok Guide – All Bows and Their Abilities, Accessories, Swords, Shields and Their Attachments

Review Asterigos Curse of the Stars

The Last of Us HBO Series Receives Stunning New Trailer

The most innovative TV tech of 2022

God of War Ragnarok Scent of Survival Favour: How to find the Crater with Helka

Sony, one of the pillars of CES, has announced that it will not be unveiling any televisions at the consumer technology show this year. As reported by The Verge, Sony will not be announcing any new television models at the Consumer Electronics Show this year. The company has historically ...


View more: Sony will not unveil any new TVs at CES this year…but might reveal a car

We are all aware of the tension between China and Taiwan. This has reportedly increased concern about delays in shipment and exports, which is why, for a long time, the Taiwanese semiconductor giant, TSMC, has been looking to diversify its production. TSMC is already building a plant in Arizona, ...


View more: Samsung rival TSMC might not ship chips from its European plant to Apple

Are you still doing some last-minute Christmas shopping? If you’re a gamer, now’s a good time to do it because the year-end holiday game sales are back. As usual, you can expect discounts for big studio AAA and indie titles from Steam and PlayStation. For this year, Valve will ...

PS6 will have to wait, PS5 Pro teased for the next year

Sony’s PlayStation 5 completed its second-anniversary last month. Despite having achieved a decent performance, there is a feeling that the new generation has arrived too soon. The multiple constraints in the supply chain turned the task of acquiring a PS5 in its early months a very difficult one. Now, the ...


View more: PS6 will have to wait, PS5 Pro teased for the next year

You’ll never run out of juice with this charger by your side (The Independent) PlayStation 5 controller always running out of juice mid-game? Well here’s a bit of good news: the official charging station is now £16.99 at Amazon. The 32 per cent discount means the accessory is as ...


View more: The PlayStation 5 DualSense charging station is cheaper than it’s ever been at Amazon

Will the Sony Honda Mobility EV feature a PlayStation 5 inside?

It looks as if Honda could get ahead even of Tesla when it comes to in-car entertainment. New reports suggest that the company is working with Sony to take the Playstation 5 inside the EV. Fun aside, the suggestion actually stands on more serious grounds. After all, Sony and ...


View more: Will the Sony Honda Mobility EV feature a PlayStation 5 inside?

Photo courtesy of EarlyGame Microsoft will acquire Activision Blizzard, and it has offered a 10-year deal to Nintendo for Call of Duty. On the other hand, it’s not that peaceful with Sony due to the issues mentioned in previous reports. Microsoft has also offered a similar deal to the ...


View more: Microsoft lets Sony put Call of Duty on PlayStation Plus under the 10-year deal

Apple doesn’t usually specify the origins of the components in the iPhones. However, for the first time, CEO Tim Cook confirms that the company has partnered with Sony for many years “to create the world’s leading camera sensors for iPhone.” The reveal comes from a tweet, accompanied by a ...

Talking Point: Are You Excited To See Call Of Duty Return To Nintendo Platforms?

What do we want of Playstation 6? Nothing less than a revolution!

Sony Can Design Humanoid Robots In A Matter Of Months, But Why?

Spider-Man: Across the Spider-Verse won’t bring back Nicolas Cage

Honda Just Added a New Brand ‘Afeela’: What Is It?

Thanks to Wear OS 3, there are now 3x more active Wear OS devices

Sony says its PlayStation 5 shortage is finally over, but it's still hard to buy

Sony Says PS Plus is struggling, so Xbox suggests it takes a key Game Pass feature

Horizon MMORPG is Allegedly in Development at NCSoft – Rumour

What is the best armor in God of War Ragnarok for the early, mid and late game?

How do you complete "The Weight of Chains" in God of War Ragnarok?

How do you get through the Aurvangar Wetlands in God of War Ragnarok?

PlayStation may be looking into NFTs and blockchain tech, per new patent

God of War Ragnarok – What is up with the Mask?

Random: Sony Alleges That Microsoft Is Trying To Turn It Into Nintendo

6 Questions We Still Have After Finishing God of War Ragnarok

Xbox Game Pass subscribers way ahead of PS Plus tiers, says Sony in latest attempt to make itself look small

AptX Adaptive vs. aptX HD vs. LDAC: Which Bluetooth codec is the best?

Microsoft To Make Concessions to Get Activision Blizzard Acquisition Approval

Sony Santa Monica’s Next Game – Another God of War?

iPhone 15 rumored to get advanced image sensor from Sony