Letters to the Editor: L.A.'s animal shelters are in crisis. How can the public help? 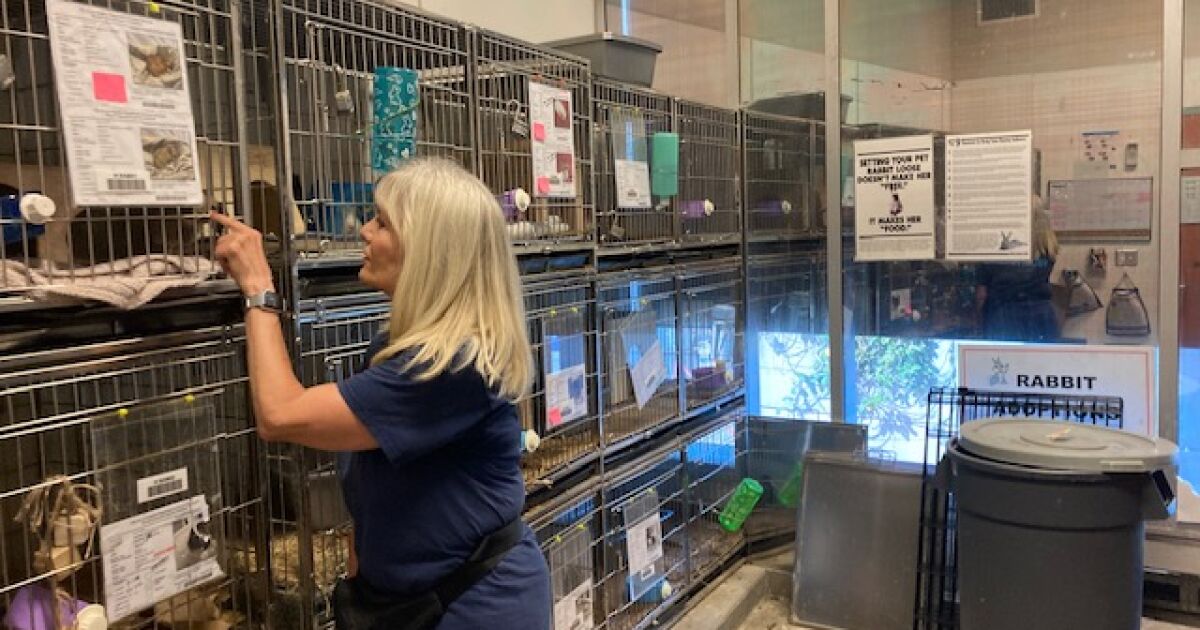 To the editor: Your article on the desperate need for help for small mammals in Los Angeles’ city-run animal shelters was so important. The public needs to know that volunteers are not only caring for these little animals, but also often spending their own money to feed them as well.

But I ask: Why not include information for those readers who want to help somehow? Why not give an address or phone number where your readers can send donations or even ask to volunteer?

The Times often prints articles about organizations or individuals in need. These are important stories. But it would be a nice public service to include information on where the public could send help or donations or call to volunteer.

There are so many people who want to help. A little extra information would make it easier for them.

To the editor: When I walked with a volunteer into the small mammal room at the Harbor Animal Shelter in San Pedro, I was stunned. A terrible odor came from cages stacked nearly up to the ceiling, and the suffering animals were squealing.

My volunteer friend got up on a ladder to take the heavy cages down and lift the bunnies, hamsters and guinea pigs out so she could clean. It’s a difficult and exhausting four-hour job.

It was also shocking (for me) to see that no one who worked there had recently been into the room to check on the 50-plus animals or even turn on the lights. We brought hay, parsley and water bottles, which we paid for ourselves, because the shelter didn’t have any.

If shelters must take in animals surrendered by the public, they must also care for those animals. Shame on the city employees who allow this to happen, and thank God for the volunteers.

To the editor: Thanks to reporters Dakota Smith and Melissa Gomez for being tenacious about problems at Los Angeles Animal Services.

Some time ago I put in a number of worthwhile, rewarding years with the shelters’ impounded pet rabbits. Then, volunteers were welcomed.

Without Smith’s and Gomez’s reporting, most current problems at Los Angeles animal shelters would be buried.