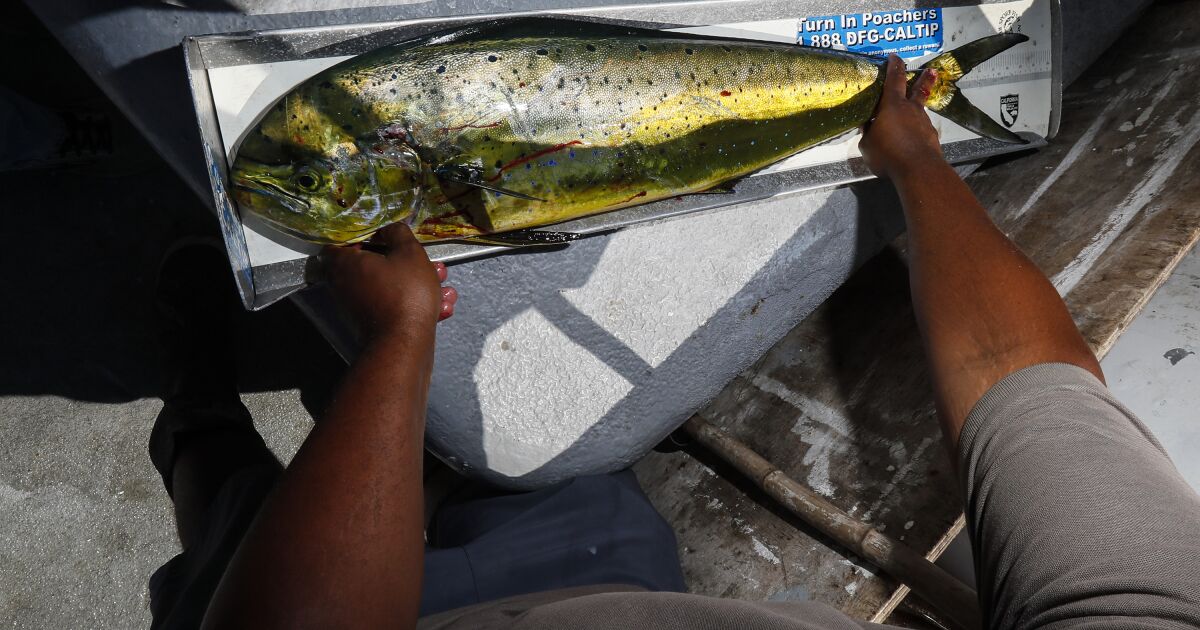 To the editor: The presence of the highly sought dorado fish off the Southern California coast is not something to celebrate.

There are sea turtles in Long Beach too. The ocean has moved up. The critters in the water show it. Animals with fins can move northward, away from the equator, to stay comfortable.

Plants cannot so easily and quickly move. Plants have evolved to live and reproduce in their homes where temperatures have been certain ways for thousands of years.

As temperatures rise, fewer plants will survive and reproduce. And they can’t swim north. We’re talking about a planet with less and less green. A planet with more and more desert.

To the editor: This was a very good article on the dorado. However, it failed to mention how sustainable this fishery is.

So not only is the dolphin fish (what folks on the East Coast call it) a gorgeous, hard-fighting species; it is also among the most sustainable fare on the menu.