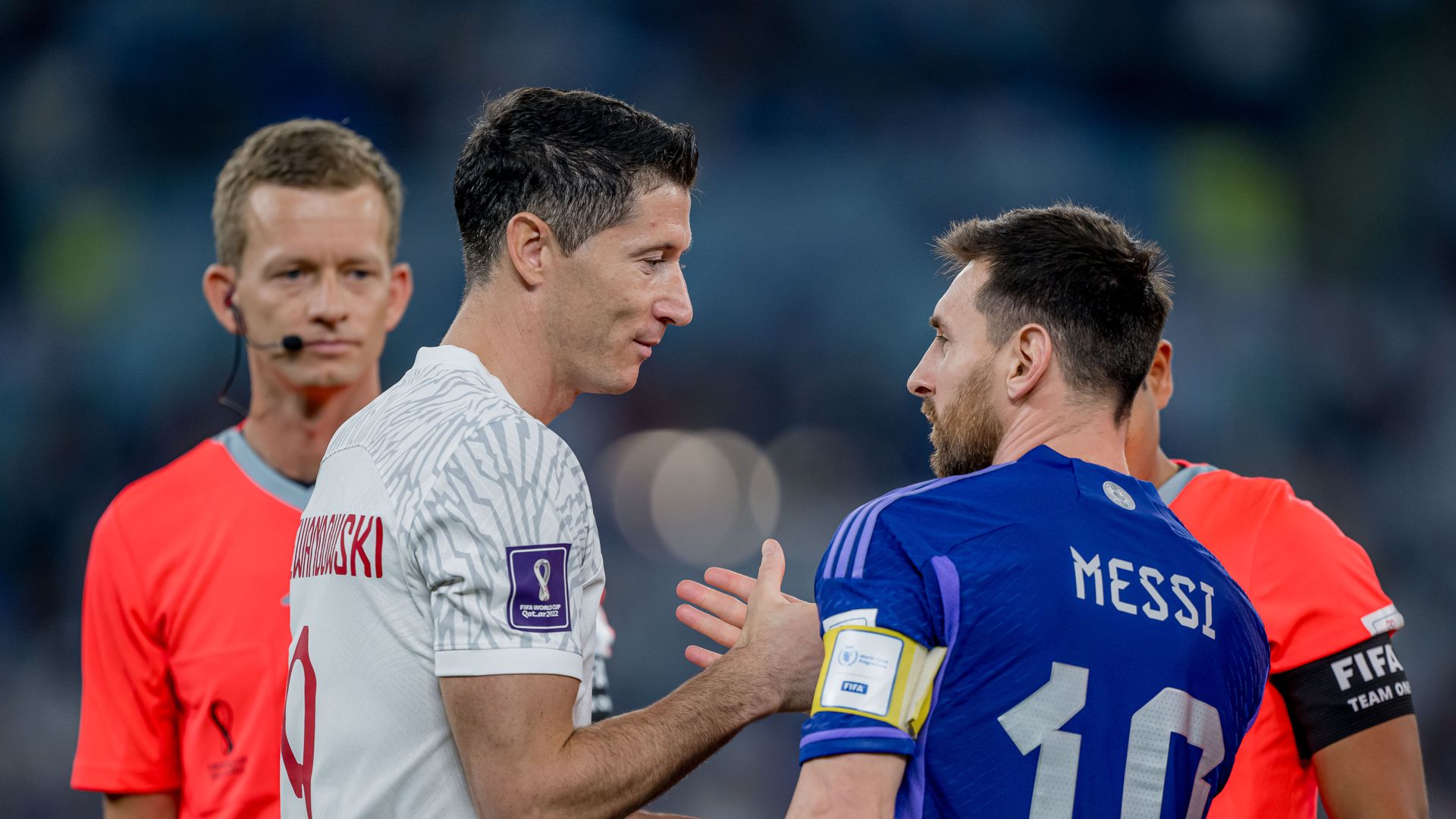 Robert Lewandowski has revealed what he told Lionel Messi after Argentina’s win over Poland at World Cup 2022.

The two greats of the game were spotted exchanging a few words at the end of the match, and Lewandowski has explained some of what was said.

“We talked a bit, it was fun. I told Messi that I was playing more defensively than usual – but sometimes that’s what the team needs,” he explained.

Lewandowski also admitted to having mixed feelings about Poland’s defeat.

“I guess it’s the first time I felt you can be happy after a loss,” he said. “You can say it’s a happy defeat.

“I’m not happy with the way we played. Of course not. We can’t be happy with the game itself. We didn’t want to take any risk and, you know, we achieved our result because we reached the next round. Even though we lost, we can be happy.”

Poland go on to play France for a place in the quarter-finals and Lewandowski knows it will be a tough ask for his team.

“It’s another favorite to win the world championship and we’ve nothing to lose,” he added.

“We know what kind of players they have but we have to enjoy it and do our best. We have to fight (…) France will be a huge challenge and we have to play better than today.”

Lewandowski and Co. will face France on Sunday in Qatar. The winners go on to face either Senegal or France in the next round.