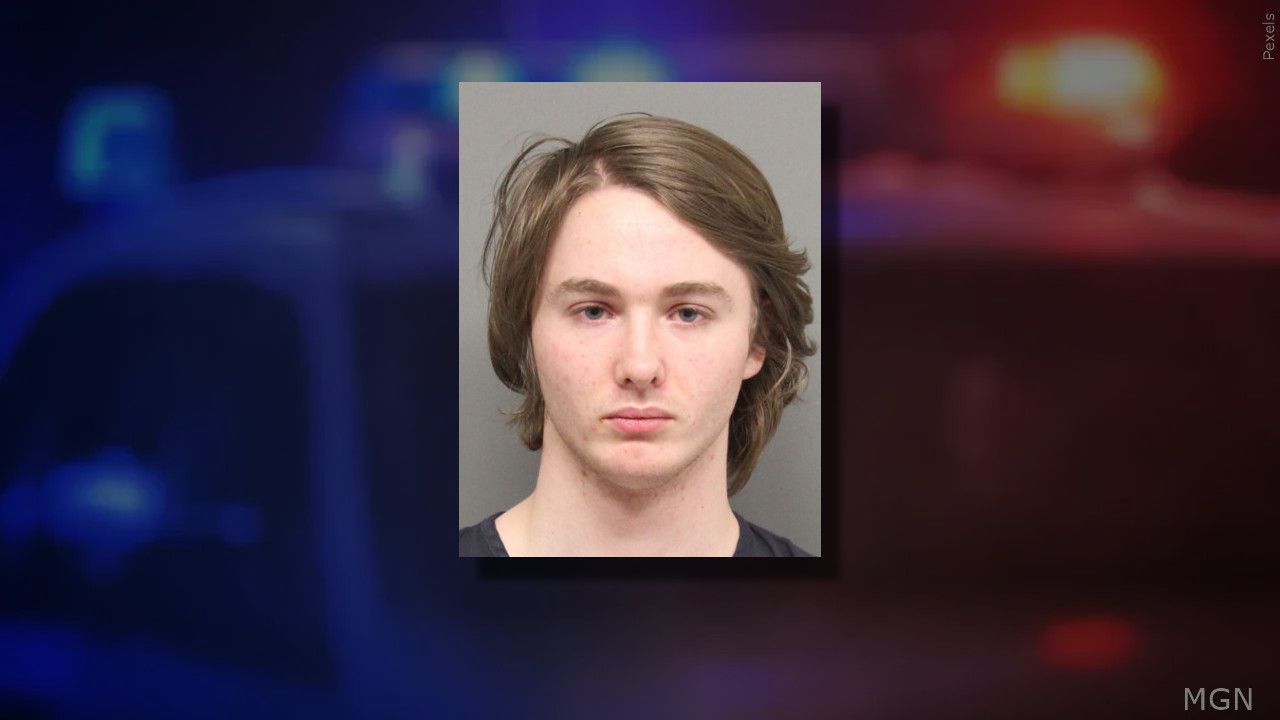 LPD arrested Austin Giles who they say hid an iPhone in a bathroom and recorded a woman while she was showering.

LINCOLN, Neb. (KOLN) – The Lincoln Police Department arrested a man they say hid an iPhone in a bathroom and recorded a woman while she showered.

Sunday evening, around 5:28 p.m., officers were dispatched to a residence near 20th Street and Park Avenue on a report of a disturbance.

LPD said responding officers spoke with a 22-year-old woman who explained that she found an iPhone hidden on a shelf in her bathroom, recording her in the shower.

According to police, the woman got the phone and found it was actively recording and contained previous recordings of her in the bathroom.

Giles, according to LPD, gave consent to search his phone and officers found approximately 18 similar videos, dating back to August of this year.

LPD said the victim and Giles know each other.

Giles was cited for unlawful intrusion and lodged in jail.

3 SUVs for 2023 With Easy-to-Use Infotainment Systems

3 Luxurious Large SUVs Under $150,000 With the Best Interiors

Ford And Lincoln Won't Attend Auto Shows In Canada For 2023

This Lincoln Was the First Luxury Truck

Although luxury trucks like the Ford F-150 Limited and Ram 1500 Limited seem like the norm now, there was a time when luxury pickup trucks did not exist. Simply put, auto manufacturers did not see a point in mixing premium features with something that was supposed to be a work ...


View more: This Lincoln Was the First Luxury Truck

Dean Holden and wife Danielle lost daughter Cici in 2012 (Steven Paston) (PA Wire) Dean Holden knows the importance of reflection. Yet the Salford-born Charlton manager will only allow himself a few moments after he has completed the job. A Manchester United fan, he still has a season ticket ...

Some celebrities boast eye-popping rides. However, Serena Williams doesn’t have a wild car collection. Still, the newly retired tennis champ enjoys driving. Read about why the mom of one loves to get behind the wheel and how that passion led to an ambassadorship with an American luxury automaker. Serena Williams ...

2023 Lincoln Navigator vs. Cadillac Escalade: Can You Go Wrong?

When it comes to luxury cars, the market is full of various sizes of vehicles and levels of elegance with each one. You’ll also find different sizes, especially larger-sized SUVs. The 2023 Lincoln Navigator and the 2023 Cadillac Escalade are the most popular full-size vehicles. How well do these SUVs ...

Looking for a new SUV that was built right here in the USA? These are some of the best SUVs made in America for 2022 with all the bells and whistles buyers want. That includes more standard features and safety systems than similar sport utility vehicles might offer. One of ...

3 Reliable SUVs From American Brands With Room for 7 Passengers

What Changes Can We Expect for Lincoln’s 2023 SUVs?

What SUV Does Dwight Drive in Tulsa King?

SUVs Dominate the List of Most American-Made Vehicles for 2022

One in 14 young people in England and Wales identify as LGB+, census shows

Chef ‘cockroach bombed’ kitchen in act of revenge against boss

Here's Why The Lincoln Continental Is An American Luxury Car Bargain

Police respond to “dangerous situation” near Devaney in Lincoln

Column: Bold title goal for Lincoln Riley and USC is on track after powerful triumph over UCLA

5 SUVs That Offer the Most Storage Space

'It's America or Trump': Lincoln Project Launches Fight Against 2024 Bid

Least reliable cars and trucks of 2022

Most reliable cars and trucks of 2022

Headed to Lincoln City? Here's what you shouldn't miss!