The international break can provide Liverpool with an opportunity to take stock after an underwhelming start to the season.

Questions have been asked about the Reds’ transfer business past and future after a return of just nine points from six games, with next summer already looking significant. Jurgen Klopp ‘s side finished just one point shy of the title last term, but already have work to do if they went to close the gap to those above them.

Klopp and his team have made big and correct calls in the past, and it’s important for the club to get things right again. That’s the focus as we look at the latest news lines coming out of Anfield.

Former Liverpool star Steve McManaman has cast doubt on some of the club’s apparent midfield targets, questioning whether they have the necessary quality. The Reds brought in Arthur Melo on loan on transfer deadline day, but have further potential recruits in their sights.

While Jude Bellingham and Fede Valverde are believed to sit towards the top of the list, McManaman is less enthusiastic about some of the other names linked. These include two men with Premier League experience in the form of Douglas Luiz and Youri Tielemans.

“I don’t want to be disparaging towards either of these two players because they’re good Premier League players,” McManaman told horseracing.net. “Are they good enough to get in the starting line-up of one of the world’s best teams? I just don’t think so at the moment.”

Former Manchester United manager Louis van Gaal confirmed the club were keen on Sadio Mane before the forward signed for Liverpool. The Senegal international moved to Anfield in the summer of 2016, shortly after Van Gaal was sacked by the Old Trafford club.

Where does Mane rank among Liverpool’s best signings? Have your say in the comments section 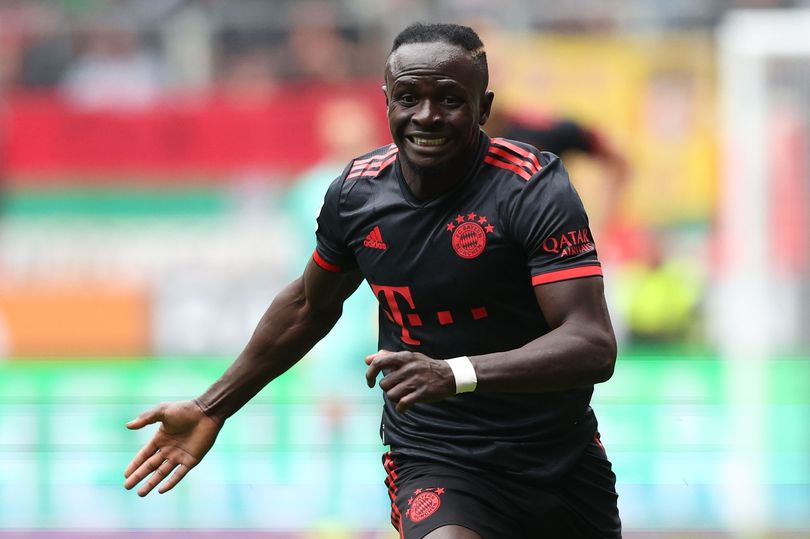 Sadio Mane, now at Bayern Munich, was once close to joining Man Utd

“Sadio Mane is a true team player and this is the reason why I really wanted to sign him (at Manchester United),” the manager told NOS. “These are difficult players to play against.”

Mane, who has previously admitted to having been “really close” to joining United, scored 120 goals for Liverpool across six seasons, including one in the 2018 Champions League final. The 30-year-old moved to Bayern Munich over the summer, having won every trophy going in a Liverpool shirt.

Former Barcelona manager Ronald Koeman has claimed the club’s president got in the way of him signing Gini Wijnaldum from Liverpool in the summer of 2021. The Dutch midfielder, who played under Koeman at international level, ultimately moved to Paris Saint-Germain upon leaving Anfield.

“I tried to sign Wijnaldum for Barca but I failed because the President wanted to annoy me more than bringing in a player,” Koeman said. “That delayed the operation and for that reason, he opted for PSG. Otherwise, he would have played for Barcelona.”

Koeman was sacked by Barcelona a few months later, and has since taken charge of the Netherlands national team once more. Wijnaldum, meanwhile, joined Roma on loan from PSG this year but suffered a serious injury which will keep him from representing his country at the World Cup.

Erling Haaland is the future of elite attacking football, while Cristiano Ronaldo represents a fading, and expensive, force


View more: Contrasting fortunes in spending and success mean Manchester derby only a barometer of progress for United

It will be full-steam ahead to rack up the points before an outrageously interrupted season breaks off once more; nothing will be won in this period, but title challenges, places in the team and even jobs could certainly be lost during it

Phil Salt was pleased to repay England's faith after he put a lean T20 series against Pakistan behind him with a magnificent match-winning knock in Lahore.

Rangers midfielder Scott Arfield has been in inspired form this season The 33-year-old has averaged a goal involvement every 92 minutes of football Sean Dyche, who knows Arfield well from Burnley, revealed more on the player He says Arfield's success is down to his 'thirst and desire' to succeed in the sport


View more: Scott Arfield's 'incredible' form for Rangers is down to 'thirst and desire', says former boss Sean Dyche, who claims the Scot 'leaves everything out there' - as stats show the veteran midfielder is leading the way in Glasgow


View more: Daniel Ricciardo is spotted leaving Mercedes garage after axed McLaren star slammed the door shut on a move to Haas... so, will the Australian replace Lewis Hamilton?


View more: 'Sobering tents will be used for drunk and disorderly fans' at the 2022 World Cup in Qatar - with over 2.5m supporters flocking to the host nation for the tournament that kicks off in just 50 days!

Manchester City manager Pep Guardiola said Erling Haaland has overcome injury issues that have hampered him in recent seasons and defended the Premier League club’s decision to send a physiotherapist along with the striker on international duty. Haaland, who joined City from Bundesliga side Borussia Dortmund, struggled with a ...

All or Nothing: Tottenham destroyed Arsenal's top-four dream last season and it was all caught on camera by Amazon. Can Mikel Arteta rewrite the script or will it be another horror show?

Paine in a 'good place' for cricket return

London Irish's clash with Bath on Saturday brings rugby's first belated battle of the Joseph brothers with 20 members of their family expected at Brentford... and Will has a point to prove against big brother Jonathan

Hull City 0-2 Luton Town: Two first half goals seal three points for the Hatters as Nathan Jones' side climb to fifth in the Championship standings

EXCLUSIVE: 'It was hard and I did wonder if I had made a mistake to come here': Joelinton is relishing his renaissance at Newcastle after 'genius' Eddie Howe's moving of him from an out-of-place No 9 to imperative midfield destroyer

Frankie Dettori says it 'would mean everything' to land seventh win in the Prix de l'Arc de Triomphe... as jockey flies to Germany to prepare for £4m race with Torquator Tasso

JONATHAN McEVOY: Max Verstappen may be wise to mute his celebrations in Singapore... the Red Bull driver could LOSE his first world championship even if he wins his second on Sunday

Brazilian summer signings Gabriel Jesus and Richarlison have each set sights on Tite's No 9 spot at the World Cup... and the North London derby hands the strikers the perfect head-to-head audition to win his favour

Erik ten Hag has bounced back from a baptism of fire as Manchester United boss to become the man of the hour... four straight league wins have raised hopes that his side can give rivals Man City a run for their money in the derby

MARTIN SAMUEL: It's a scandal that Christophe Soumillon was only hit with a 60-day ban when Rossa Ryan could have been killed or seriously injured by being elbowed off his horse - so if the Aga Khan is a man of principle he should sack him immediately