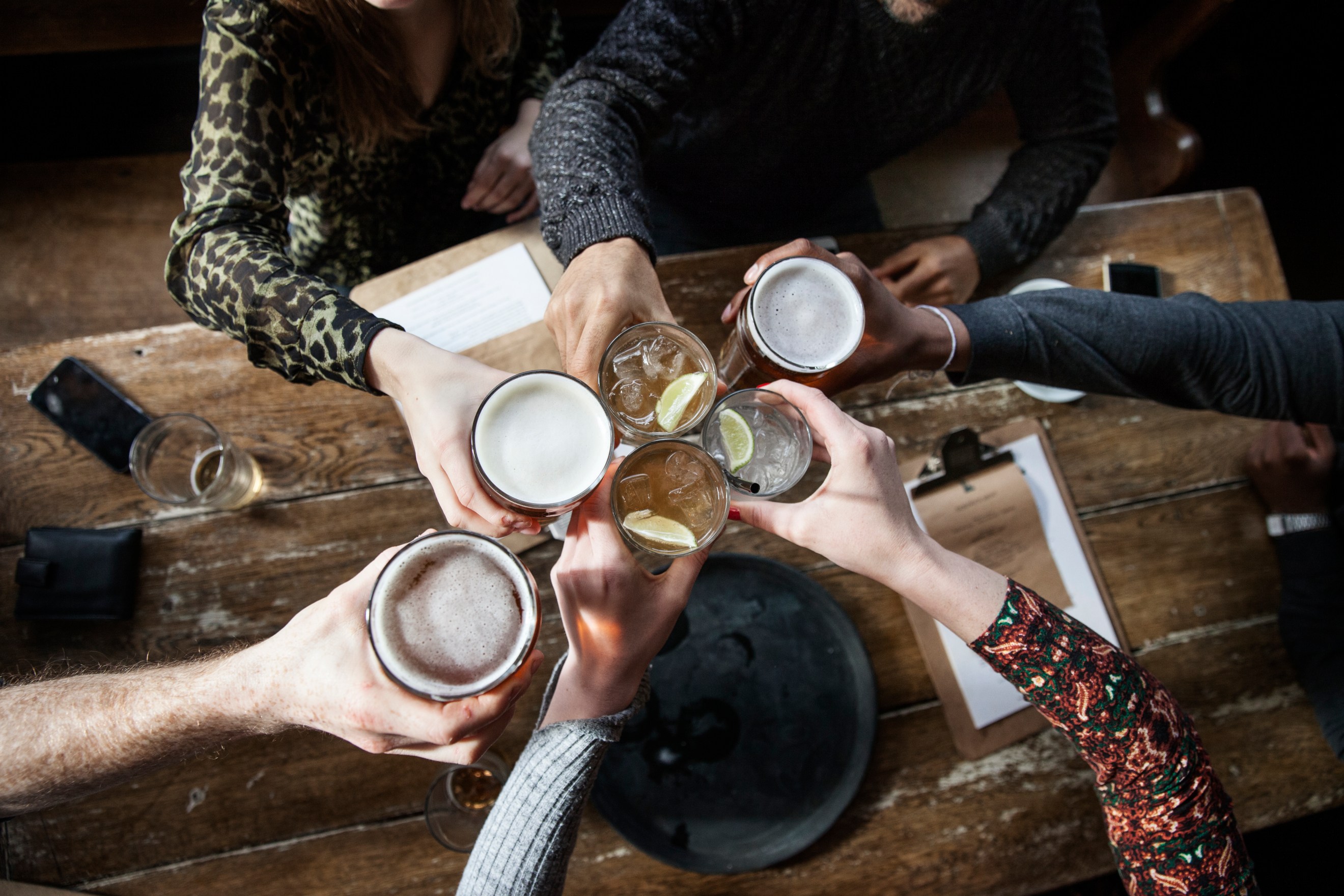 A LOVE of alcohol is in the genes, a study has found.

It means hellraisers such as late film star Ollie Reed were born to be wild for the booze. 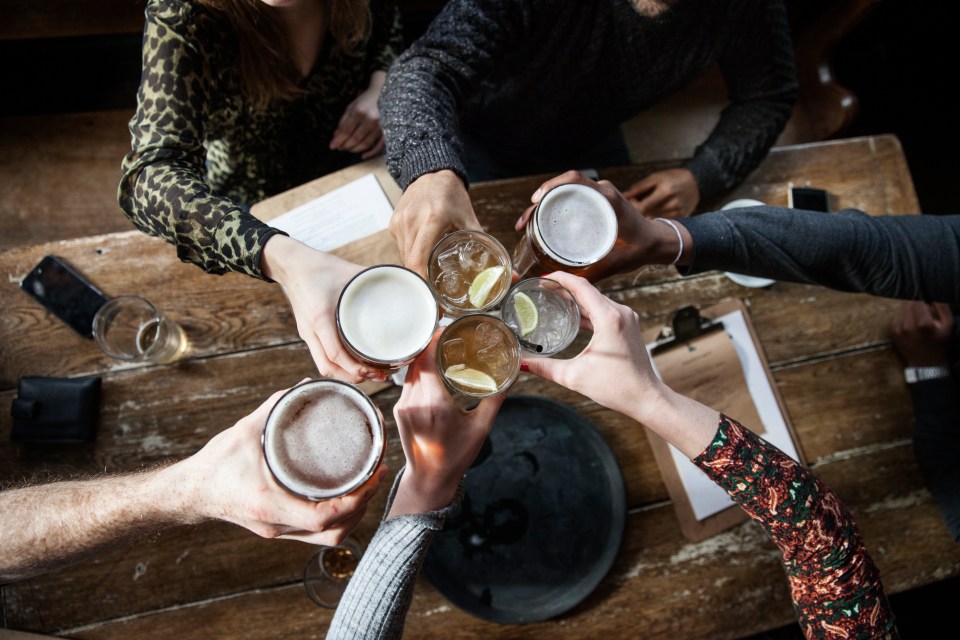 A study has found that a love of alcohol is in the genesCredit: Getty 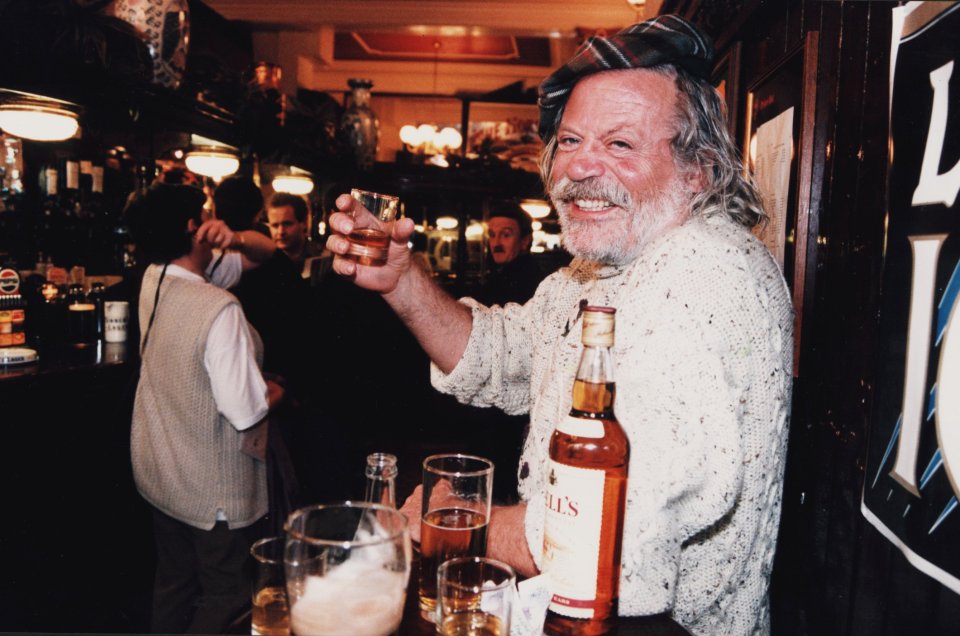 Researchers found that people’s favourite food and drink tastes are influenced by their genes as well as their habits and childhood.

DNA even helps determine a drinker’s preferred tipple, whether it is a glass of wine or a drop of the hard stuff.

Study author Prof Jim Wilson, of Edinburgh Un­i­versity, said: “Some people are absolutely born with genes that will make them like the taste of alcohol.

“More than that, we even found genes that gave preferences for specific drinks like white wine, beer or whisky.

“The household you grow up in influences the foods and tastes you like but this shows a significant proportion of it is due to genes you’re born with.”

He added: “There is a whole category of strong-tasting things like olives and alcohol that babies typically don’t like, but many adults learn to like   them — our next job is to work out why.”

Experts grouped those who liked the same to see if they had similar genetics.

The genes and tastes linked together in three clear groups — with one much more likely to smoke or booze too much.

English actor Ollie, who died aged 61 in 1999, was famed for his drinking exploits.

But around one in five adults in England drinks so much that it puts their health at risk, latest NHS figures show.

Postbiotics Could Deliver Immunity Boost in Your Morning Coffee

What You Need To Know About The Recent Meat Listeria Outbreak

Try these foods to relieve constipation in seniors

Number of US suicides rose 4% in 2021, CDC report finds There were more than 47,000 suicides recorded in 2021. The number of suicides increased in the United States in 2021 after two consecutive years of declines, new federal data finds. In 2021, there were 47,646 suicides, according to provisional ...

Wayfair's latest sale has tons of furniture at up to 60% off: 11 best deals to shop

Wayfair Canada is having a huge sale with up to 60% off furniture and decor. Yahoo Lifestyle Canada is committed to finding you the best products at the best prices. We may receive a share from purchases made via links on this page. Pricing and availability are subject to ...


View more: Wayfair's latest sale has tons of furniture at up to 60% off: 11 best deals to shop

The devastated father of a four-year-old girl who died last week from a rare cancer is calling for an overhaul of the state’s health system after she was misdiagnosed for months. Jamie Lewis is still in shock over the loss of his daughter Emerara Kennedy on September 20. “I just ...

FDA Approves Amylyx's Relyvrio as an Option for ALS Treatment

Cancer cell migrating through blood vessel Credit: Annie Cavanagh Cambridge scientists have discovered that cancer cells -hijack- a process used by healthy cells to spread around the body, completely changing current ways of thinking around cancer metastasis. These findings are among the most important to have come out of ...


View more: Breakthrough in understanding of how cancer spreads could lead to better treatments

Shutterstock The findings demonstrate that fungi are living in tumors and may facilitate cancer detection, diagnosis and perhaps even treatment Cancer tumors contain multiple species of fungi that differ per tumor type, according to a large study led by researchers at the Weizmann Institute of Science and the University ...

An Australian-first study by researchers from The University of Queensland has found 8 per cent of urine samples drawn from the general public contained a common weed killer.Dr Sarit Kaserzon and PhD candidate Garth Campbell from UQ’s Queensland Alliance for Environmental Health Sciences led a team which tested urine samples ...

How leptospirosis left a Labrador fighting for its life in a Hong Kong vet’s clinic and its owner with a US$50,000 bill

‘Made a bit of sense to me’: Radical idea to fix ‘annoying’ issue

Beauty Inside & Out: Elizabeth Chambers

Snack labels should show how much exercise it will take to burn off calories, scientists say

A hideous rash spread across my face before my son’s wedding, says Eamonn Holmes as he opens up about health battle

Bat Found in a Home in Oregon Tested Positive; How To Tell if an Animal Is Rabid?

What Is the Effect of Hierarchy on Moral Behavior?

FDA updates guidelines for what is considered ‘healthy.’ Here’s what you need to know

Everyone Is Doing Sober October—Here's Why You Should Try It

What Is The Best Way To Prepare Your Cup Of Coffee? – Exclusive Survey

Loneliness Associated With Double the Risk of Developing Diabetes

The Best Sources for Lean Protein While on a Diet

Can You Use Food Stamps To Buy Snacks?

How Many Cups of Coffee You Should Drink Per Day, According to 'Science'

Are Grapes Good for People with Diabetes?

From raising your risk of diabetes to ageing you quicker than SMOKING: All the potential dangers of loneliness, according to science

'Natural Organic Reduction' Composting Human Bodies To Save The Planet; A Trend Turned Into Law in California

Getting a Flu Shot May Reduce Your Risk of Stroke