Luke Rockhold has slammed UFC boss Dana White for a lack of healthcare and poor bonuses ahead of his UFC 278 appearance. 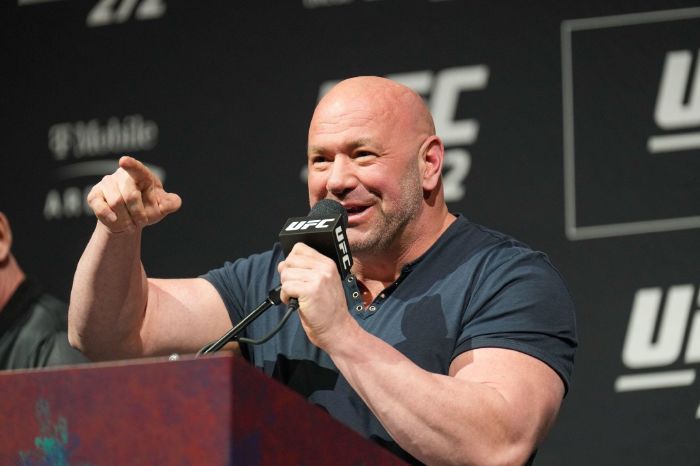 The former UFC middleweight champion is set to face the dangerous Paulo Costa at UFC 278 in Salt Lake City on Saturday.

In his pre-fight press conference this week, Rockhold cut an annoyed figure and after some probing from the press pit, it didn’t take him long to start firing shots…

“Things should be easier,” the 37-year-old told the press in an expletive-laden rant, as per mmajunkie.com.

“The insurance should be year-round. There should be real health [care]. The giant is growing and if there’s one thing that should be paramount, it should be our fighters’ health.

“All these things get played and then it’s like, we should have f***ing health [care] in every facet, so we don’t have to worry about sh*t. Our lives and our bodies are on the line every f***ing time we step into that cage. If we’re not f***ing protected, it’s like f***. Come on. Wake up.”

Is @BorrachinhaMMA vs @LukeRockhold the most handsome fight in UFC history? ðŸ¤”
[ #UFC278 | Saturday | Live on ESPN+ PPV: https://t.co/1eqEqfIztO ] pic.twitter.com/aVzdQZPqUP

Rockhold mentioned how far the company has come, with the UFC’s new owners – Endeavour – purchasing it for $4billion in 2016.

However, he claimed the benefits of the sale haven’t filtered down to the fighters. Specifically, Rockhold took aim at UFC overlord Dana White.

“When Lorenzo and Frank [Fertitta] were running the show, there was real grounding wires. These guys don’t know what they’re doing, and they’re letting Dana just run the show and suppress the sport.

With Rockhold having suffered violent KO losses in three of his last four trips to the octogan, that healthcare is clearly key for the American…

DOHA – Coronavirus vaccinations will not be mandatory for the million-plus fans going to the World Cup in Qatar this year, authorities in the Gulf state said on Thursday. All visitors aged over six will have to produce negative Covid-19 tests before taking flights to Qatar for the tournament ...

Manchester United's Diogo Dalot has been linked with Barcelona and Juventus The 23-year-old's contract expires at the end of the season but he is keen to stayDalot has impressed under Erik ten Hag, establishing himself in the first XIHe has made 73 appearances since arriving at Old Trafford for £17.4m in 2018


View more: Barcelona and Juventus are 'interested in signing' Manchester United full-back Diogo Dalot for FREE at the end of the season... but the Portuguese defender is 'keen to extend' his stay at Old Trafford as he continues to impress for Erik ten Hag's side