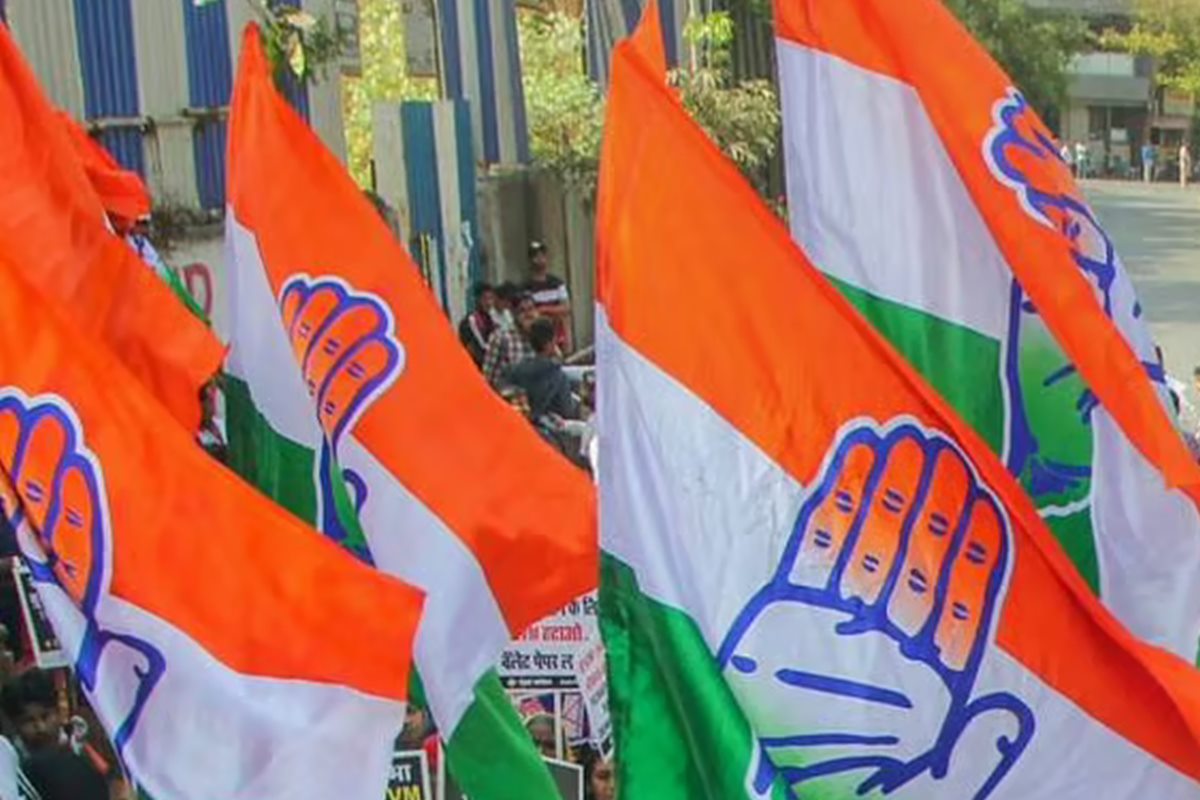 After Shiv Sena leader Sanjay Raut said that his party is ready to exit the Maha Vikas Aghadi government if the rebel MLAs are willing, Congress on Thursday has called a meeting of its leaders at 4 pm.

According to sources, Congress is unhappy with the statement of Shiv Sena leader and convened a meeting at the Sahyadri guest house in this regard. Senior Congress leaders including HK Patil, Balasaheb Thorat, Nana Patole and Ashok Chavan are participating in meeting.

Speaking to ANI, Maharashtra Congress chief Nana Patole said that the party is with Shiv Sena to stop the BJP from coming to power in the state.

“We’re with them (Shiv Sena) to stop BJP from coming to power. This game is happening due to ED…Congress is ready for the floor test. We’re with MVA and will remain. If they(Shiv Sena) want to form an alliance with anyone, we don’t have a problem,” he said.

Earlier today, Raut said, “MLAs should not communicate from Guwahati, they should come back to Mumbai and discuss all this with CM. We are ready to consider exiting out of MVA if this is the will of all MLAs, but for that, they have to come here and discuss it with the Chief Minister Uddhav Thackeray”.

Raut further claimed that 21 MLAs in Guwahati have contacted Shiv Sena and when they return to Mumbai they will be with the party.

“Uddhav Thackeray will come back to Varsha very soon. 21 MLAs in Guwahati have contacted us and when they return to Mumbai, they will be with us,” he added.

NCP leader Jayant Patil tweeted, “Maharashtra Vikas Aghadi is a government established for the development and welfare of Maharashtra. We will stand firmly with Uddhavji Thackeray till the end.”

Meanwhile, Goa Chief Minister Pramod Sawant said that former chief minister Devendra Fadnavis and the central leaders are keeping an eye on the developments in the state.

“Our Maharashtra leader Devendra Fadnavis and all our central leaders are keeping an eye on it. He (Devendra Fadanvis) is capable to take a decision in the interest of the state,” he told ANI.

Rebel Shiv Sena leader Eknath Shinde on Thursday tweeted a letter addressed to Chief Minister Uddhav Thackeray, and captioned it “This is the sentiment of MLAs”.

According to the letter, the Shiv Sena leaders don’t have access to the chief minister’s residence.

“CM never used to be in the Secretariat, instead, he used to be in Matoshree (Thackeray residence). We used to call people around the CM but they never used to attend our calls. We were fed up with all these things and persuaded Eknath Shinde to take this step,” the MLA wrote in the letter.

“It was nice to see people are being allowed inside your Bungalow but these doors were closed for the elected MLAs. We came with our problems in our constituencies and other work, but were made to remain outside for hours together. On the other hand,Eknath Shinde was accessible. We stood at the gates of Varsha for hours. It was only Eknath Shinde who supported us,” the letter further added.

“People around the CM used to decide if we can meet him or not. We felt we were insulted. CM never used to be in the Secretariat, instead, he used to be in Matoshree (Thackeray residence). We used to call people around the CM but they never used to attend our calls. We were fed up with all these things and persuaded Eknath Shinde to take this step.”

The MLAs further stated in a letter that they were stopped from going to Ayodhya during Aaditya Thackeray’s visit to Ayodhya.

“While we weren’t able to meet the CM, people from our ‘real opposition’– the Congress and the NCP used to get opportunities to meet him and even funds were given to them related to work in their constituencies. When Hindutva and Ram Mandir are crucial issues for the party, then why did the party stop us from visiting Ayodhya? MLAs were called and were stopped from going to Ayodhya during Aaditya Thackeray’s visit to Ayodhya.”

Notably, a total of 42 Maharashtra MLAs are present with Shiv Sena leader Eknath Shinde while only 13 are with Maharashtra CM Uddhav Thackeray and Shiv Sena.

Delhi Police Special Cell on Tuesday arrested Deepak Gulia (31), an active member of the Sandeep aka Kala Jathedi gang. A semi-automatic pistol of .32 with four live cartridges was recovered from him, police said. After the arrest of notorious gangster Kala Jathedi last year, Gulia was carrying out ...

© Provided by The Times of India NEW DELHI: Claiming repeated instances of alleged terrorists having links with the ruling party, Congress Tuesday expressed concern for what it called BJP’s “disturbing willingness to flirt with anti-national forces”. AICC spokesman Pawan Khera said the alleged uncovering of the Udaipur beheading ...

© Provided by The Times of India KOLKATA: At a humble neighbourhood in the Olaichandi Road area near Tala Park in Kolkata, youngsters from different communities have set aside their religious beliefs to come together and restore a century-old Shiva temple. Aftab Khan, Firoz Khan and Amrit Limboo have ...

© Provided by The Times of India MEERUT: The court of chief judicial magistrate in Saharanpur terminated the judicial remand of eight youngsters who had been arrested on charges of “perpetrating violence” on June 10 during protests against remarks made by former BJP spokesperson Nupur Sharma against Prophet Muhammad. ...

© Provided by The Times of India NEW DELHI: The Centre is facing an uneasy situation as three BJP-ruled states – Gujarat, Uttar Pradesh and Madhya Pradesh – have demanded the restoration of wheat allocation to them under the national food security scheme, NFSA. The demands have been made ...

MUMBAI: In a big indication that Shiv Sena MPs want party president Uddhav Thackeray to try and mend ties with BJP, MP Rahul Shewale on Tuesday wrote to the former chief minister urging him to order Sena MPs to support NDA candidate Draupadi Murmu during the presidential polls on July ...

© Gareth Cattermole/Getty Images for Adele Adele says she ‘felt terrible’ after some fans were ‘betrayed’ by her weight loss Adele recently opened up about the public’s reaction to her weight loss. “There were some other people who felt very betrayed by me,” she told BBC Radio 4’s “Desert ...


View more: Adele says she 'felt terrible' after some fans were 'betrayed' by her weight loss

© Provided by The Indian Express An Executive Engineer of the BMC was discharged by the sessions court on Monday from a case related to a building collapse in 2013, in which 61 people had lost their lives, after no sanction was granted to prosecute him. The sessions court ...

Tiger Shroff shares the 'struggle and grind' of becoming an action hero; WATCH

Koffee With Karan: 5 spiciest revelations made by Shah Rukh Khan on the couch

Koffee With Karan: Karan Johar reveals key to having a successful chat show and a good host

TMC distances itself from Moitra remarks: ‘Not endorsed’

Karan Johar says THIS popular actor would be a perfect host for 'Koffee With Karan'; Find out

Friends fans, are you listening? Janhvi Kapoor is the 'Janice' of Bollywood and this video is proof; WATCH