A clash between two men inside a Brooklyn deli on Saturday afternoon spilled into the street and ended with one of the men stabbed to death, police said.

The victim, 22, was repeatedly stabbed in the torso just before 2:40 p.m. outside Canarsie One Stop Market on the corner of E. 87th St. and Avenue L in Canarsie, said police. 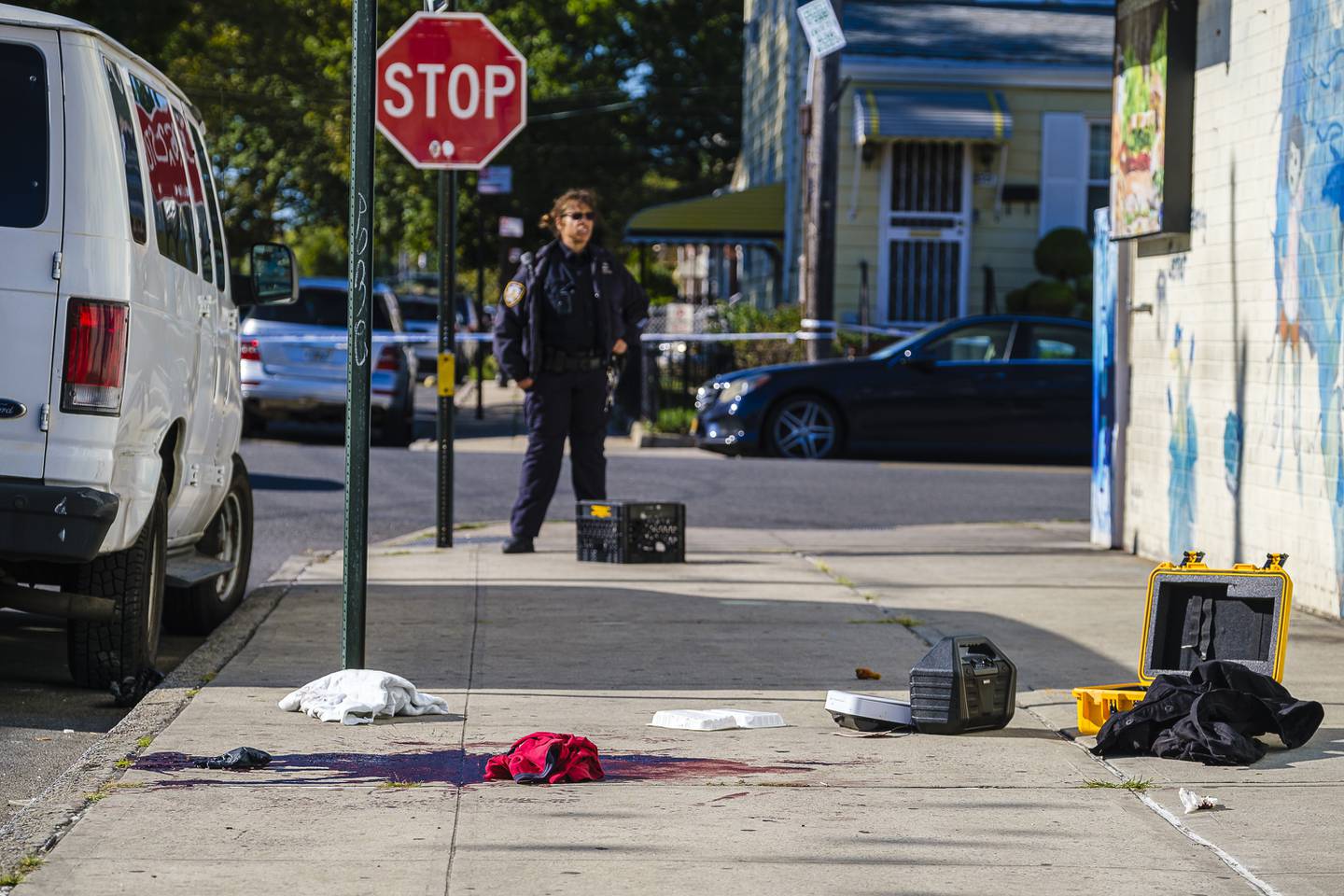 A pool of blood on the sidewalk Saturday as NYPD officers search for evidence during their investigation of a stabbing on E. 87th St. near Avenue L in Canarsie. (Jeff Bachner/for New York Daily News)

Medics rushed the victim to Brookdale University Hospital where he was later pronounced dead. His killer was last seen heading west on E. 86th St. with a woman.

The investigation was still under way on Saturday evening, and police had made no arrests.