Police were called to a home in Bristol to investigate possible firearms offencesAfter arriving at around 11.30am on Monday, a man in his 30s was shot by policeHe was given first aid and rushed to hospital. He remains in a critical condition

A man has been left fighting for his life after being shot by police.

Cops were called to a home in Bristol at around 11.30am on Monday as part of an investigation into possible firearms offences.

A man, aged in his 30s, was then shot by police inside a property on Wick Road, Wick St Lawrence and given emergency first aid.

He was then rushed to Southmead Hospital where he remains in a critical but stable condition.

A cordon remains in place while enquiries are carried out at the scene and an investigation into the incident has also been launched by the police watchdog the IOPC. 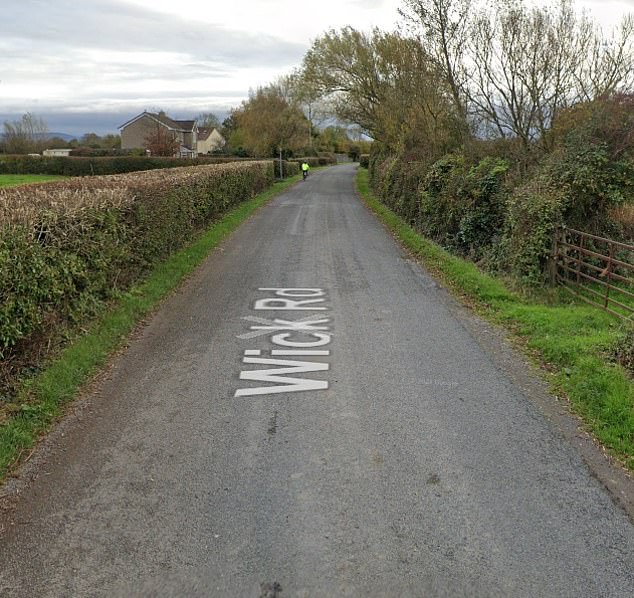 A man, aged in his 30s, was shot by police inside a property on Wick Road, Wick St Lawrence and given emergency first aid

Chief Inspector Adam O’Loughlin said: ‘We understand the local community will be shocked and people will want to know what happened.

‘As someone has been injured, we have referred this to the Independent Office for Police Conduct which has confirmed it will carry out an independent investigation.

‘We are committed to being open and transparent and will fully cooperate with the IOPC.’

Police said the injured man’s next of kin have been informed and are being kept fully updated.

Chief Insp O’Loughlin added: ‘Our thoughts are with the man and his family as he continues to receive treatment at hospital.

‘Anyone with concerns about this incident is encouraged to speak to officers at the scene or contact their local neighbourhood team.’

Katy Perry says she made a 'big mistake' passing on the chance to collaborate with future superstar Billie Eilish: 'I was like, "Meh, boring"'

Has the war on smoking run out of puff? How vapes have muscled in to become the drug of choice in schoolyards by hooking a new generation on nicotine - and easy cash

Rationally, I know that my money is safe in a bank. It’s been a good 15 years since it last looked like a bank was going to the wall. Worried Northern Rock savers queued for hours outside its branches to withdraw their cash. The Government was determined that a run ...


View more: I know that switching can feel like a leap of faith, says RACHEL RICKARD STRAUS: But we simply can't let the old banks rip us off any longer

Investment trust The Bankers is designed to represent the best of asset manager Janus Henderson – and from an income perspective, it ticks all the boxes. The 135-year-old stock market-listed fund has an annual dividend growth record stretching back 56 years – only one rival investment trust (The City of ...

The vehicle struck three people on a road near Pontypridd and despite efforts of emergency services, a man and a woman died at the scene.

Cineworld’s creditors have contacted its rival Vue about a possible sale as part of efforts to salvage the business. Advisers have approached Vue and at least 30 other potential buyers since the start of December. Cineworld filed for bankruptcy protection in the US last year. Non-binding bids for Cineworld are ...

Businessman Jonathan Rowland and his father David, who is famous for reportedly bankrolling Prince Andrew, have lost millions on a cryptocurrency venture that has gone to the wall. Jonathan, 47, is winding down much of Mode Global Holdings, a Bitcoin app he founded, after failing to secure the money it ...

Shareholders in Ladbrokes-owner Entain must have been struggling to read the runes last week. First of all were the rumours, reported in The Mail on Sunday, that joint venture partner MGM Resorts is weighing a bid. That was followed by the good news on Thursday that the joint venture in ...

Battle: Simon Breakwell led the AA The former chief executive of car breakdown giant AA has come in for extraordinary criticism by a judge for giving unreliable evidence in the High Court. In a damning summary last week, Simon Breakwell was accused of being inconsistent. The judge complained of ...


View more: Former chief executive of car breakdown giant AA has come in for extraordinary criticism by a judge for giving unreliable evidence in High Court

Stefanos Tsitsipas' impressive run to the Australian Open final was sparked by a 'wake-up call' from world No 1 Carlos Alcaraz, insists American tennis hero John McEnroe: 'There was a danger he was not going to be top tier'

Manchester United legends get back together to celebrate 30 years since winning their first ever Premier League title - with one unrecognisable star sporting a HUGE beard... but can you name all NINE of the club’s heroes?

Memo to Dyche: Everton have become a stepping-stone-on-the-way-down club

Faux pas! News agency Associated Press is mocked on Twitter after telling its journalists to avoid using 'dehumanising' language including 'the poor, the disabled... and the FRENCH'

After shares more than halve in five years and the telecoms giant gets close to celebrating its 40th birthday, is it time to reconnect with Vodafone?

JANA HOCKING: I have learnt the secret to the 'world's best natural high' - spending time between the sheets with someone who shares your sex language - so do you even know yours?

‘If it stops tomorrow, I have had a load of fun’: Emotional Jason Roy reflects on a lean 2022 after he ends doubts over his England ODI place with a 79-ball-hundred against South Africa

Young USA prodigy Kevin Paredes, 19, scores his first goal in the German Bundesliga with a stunning strike for Wolfsburg - but his team lose 2-1 to rival Werder Bremen

Broncos Have 'Moved Their Attention' Away From 1 Candidate

Video: 'Our early childhood shapes the rest of our lives': Princess of Wales shares teaser video of scrapbook ahead of launch of her early years campaign to give young children 'the best start in life'

Video: Queen Máxima and King Willem-Alexander of the Netherlands are joined by their daughter Princess Catharina-Amalia, 19, as they visit the Dutch Caribbean Islands

Happy Valley fans share theories on why Poppy refuses to take her coat off... and they all think it is linked to her abusive father Rob Hepworth

'He's BACK!': Tottenham fans laud Son Heung-min's performance against Preston, with the forward showing glimpses of his old self as he fires in impressive brace during FA Cup win

Birmingham goalkeeper Neil Etheridge left 'shaken up' after he is allegedly racially abused by a fan in the FA Cup clash with Blackburn... with Rovers vowing to 'take the strongest action against any identified individuals

Houseboat weighed down by cans of Carling sinks

Katherine Ryan shocks The Masked Singer UK panel as she is unveiled as Pigeon... after filming while pregnant and just one month before giving birth

'Feeling sexy has become something I've relied on – it's my support blanket': Emily Atack insists she will continue to flaunt her figure despite her critics

'Our early childhood shapes the rest of our lives': Princess of Wales shares teaser video of scrapbook ahead of launch of her early years campaign to give young children 'the best start in life'