CINCINNATI — Since Kentucky Gov. Matt Bevin pardoned him in a robbery case in 2019, Joheim Bandy has been charged in three different strangulation cases and has been shot, officials said.

Bandy, 20, was convicted this week in the first case. A Kenton County jury found him guilty of strangulation, domestic violence assault and criminal mischief in connection with incidents that happened in March and April 2022.

One victim, identified in court documents as the mother of Bandy’s child, told Covington police officers Bandy “pinned her against the wall, placing his hands around her neck, and restricting her ability to breathe,” the complaint states.

Kenton County Commonwealth’s Attorney Rob Sanders said if not for Bevin’s pardon, Bandy would have still been in jail on a prior charge. Bandy was 15 years old in 2017 when he was sentenced to 13 years in prison for robbery and assault, according to court documents. In that case, Bandy shot a man in the chest, Sanders said. 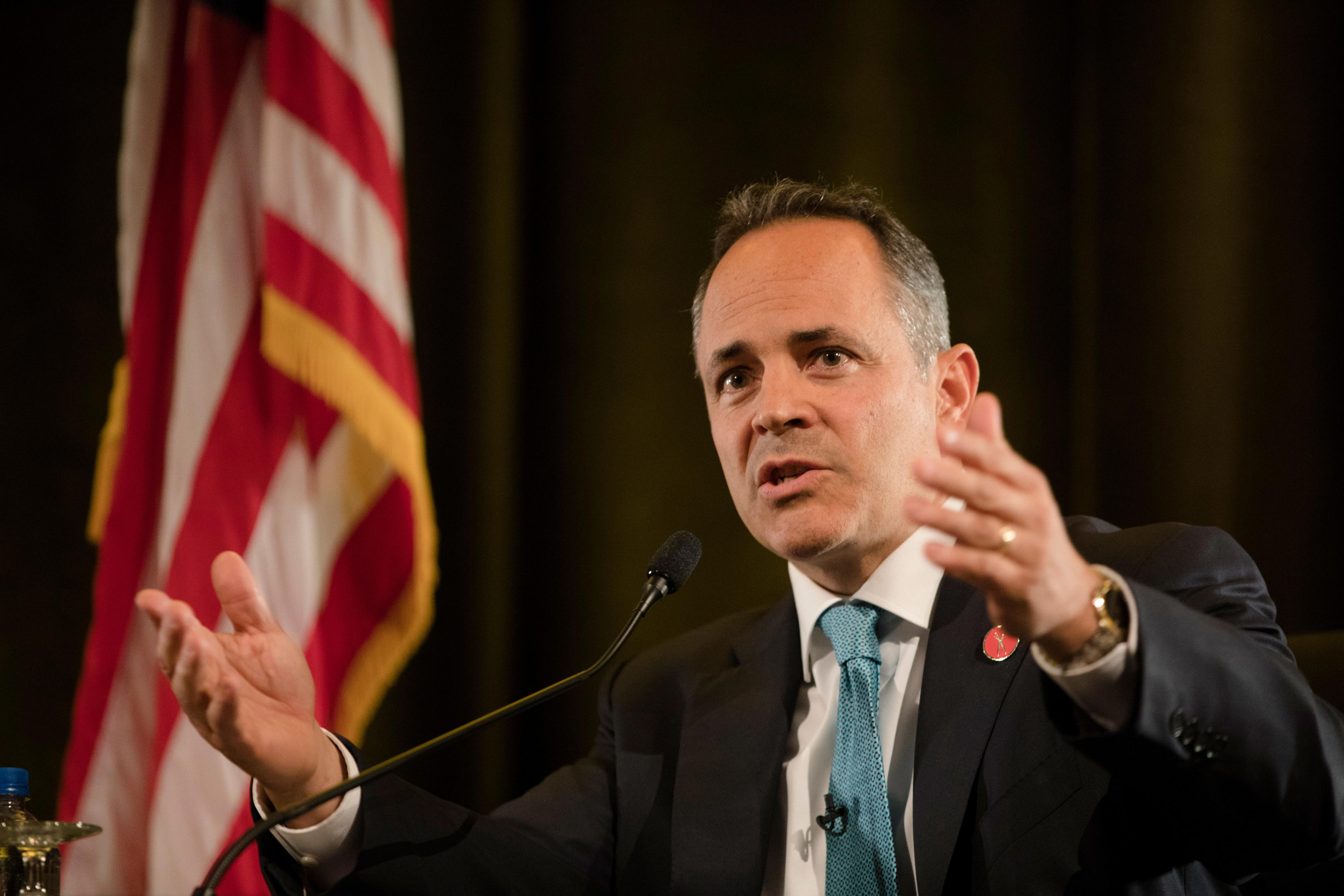 Bandy would have had to serve 11 years of that sentence before he was eligible for parole, but instead served two years before he was released in 2019.

Bevin’s pardon said Bandy had made “unwise decisions,” but was “turning his life around.”

“The pardon he received was shockingly irresponsible and it nearly cost a 22-year-old mother her life,” Sanders said.

This first strangulation trial lasted two days. Sanders said the jury deliberated for 45 minutes before finding him guilty and took another 5 minutes to recommend a five-year prison sentence. Bandy will be officially sentenced Jan. 31.

“He is alleged to have broken in her house, assaulted her, and strangled her before she shot him with his own gun,” Sanders said. The prosecutor said the woman, who he had been previously been in a relationship with, fired in self-defense.

The trial in the third case against him has not yet been scheduled.

Bevin issued more than 670 pardons and commutations during his final two months in office in 2019. Between the time of his election loss to current Kentucky Gov. Andy Beshear and the end of his term, Bevin issued 254 pardons.

Bevin has been criticized for several pardons he issued, including to a man convicted on homicide and other charges in a fatal 2014 Knox County home invasion whose brother and sister-in-law hosted a fundraiser for Bevin that raised $21,500.

Several Kentucky lawmakers called for an investigation into Bevin’s pardons. He has attacked the “highly offensive and entirely false” reports that financial or political considerations played a part in his pardon decision-making on Twitter.