Manchester United are unlikely to reprimand Anthony Martial for the controversial comments the Frenchman made during an interview last week, it has been claimed.

Martial was handed an Old Trafford lifeline by Erik ten Hag this summer, but prior to the Dutchman’s arrival, the former Monaco striker had become a peripheral figure under Ole Gunnar Solskjaer and was farmed out on loan last season by United’s ex-interim chief, Ralf Rangnick.

And Martial pulled no punches when he was asked about life under Solskjaer in an explosive interview recently. The 26-year-old said: “The last two seasons, I have regularly played injured. People don’t know that I couldn’t accelerate during the four months following the Covid season. Coach Solskjaer tells me that he needs me, so I play.

“Given my game, if I can’t accelerate, it becomes very complicated. And I get set on fire… The coach never bothered to tell the media. Obviously, I end up getting injured to good and when I come back, finished, I don’t play anymore.

“I took it very badly. I had a feeling of injustice. You are asked to sacrifice yourself for the team and behind you are dismissed. For me, it’s almost treachery, that’s all I hate. I can be blamed, but not for being fake.”

Martial is the latest player to speak out against the previous Old Trafford regime following on from Eric Bailly and Dean Henderson, who have both been outspoken in interviews since leaving the club on loan this summer.

Join the debate! Do you think Man Utd should take action against Martial for his comments? Let us know here. 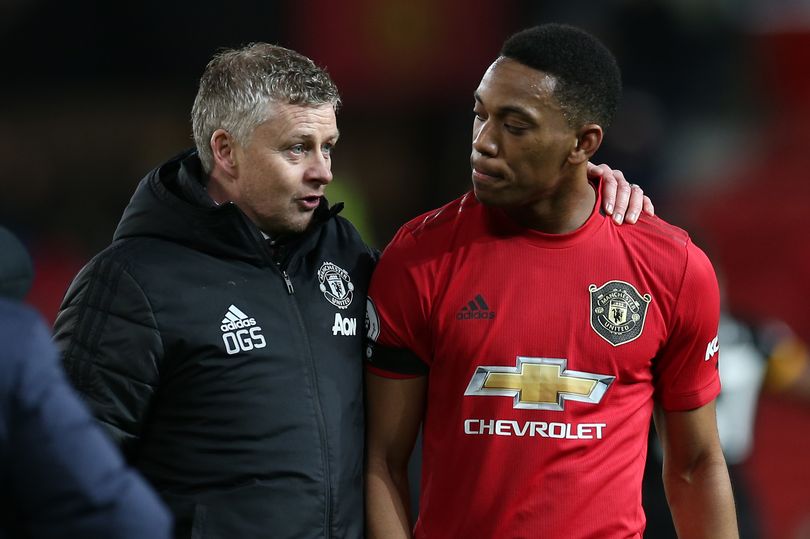 However, The Athletic have outlined that Manchester United are ‘unlikely’ to take any action against the trio following their comments.

After angling for a temporary exit back in January, Martial is expected to feature prominently under Ten Hag once he returns to full fitness. His comments, although unhelpful, are unlikely to trigger a response considering Solskjaer has maintained his silence since his dismissal last year.

Ten Hag did, however, respond to Bailly after the Ivorian defender accused United of having an English bias last week – with the centre-half claiming that the club “prioritised” national team players during his stint at Old Trafford.

“I cannot say [anything] about that. I was not in charge last season,” Ten Hag insisted before he was asked if a player’s nationality would ever come into his thinking when selecting a team. “Not for me,” the ex-Ajax manager defiantly replied.