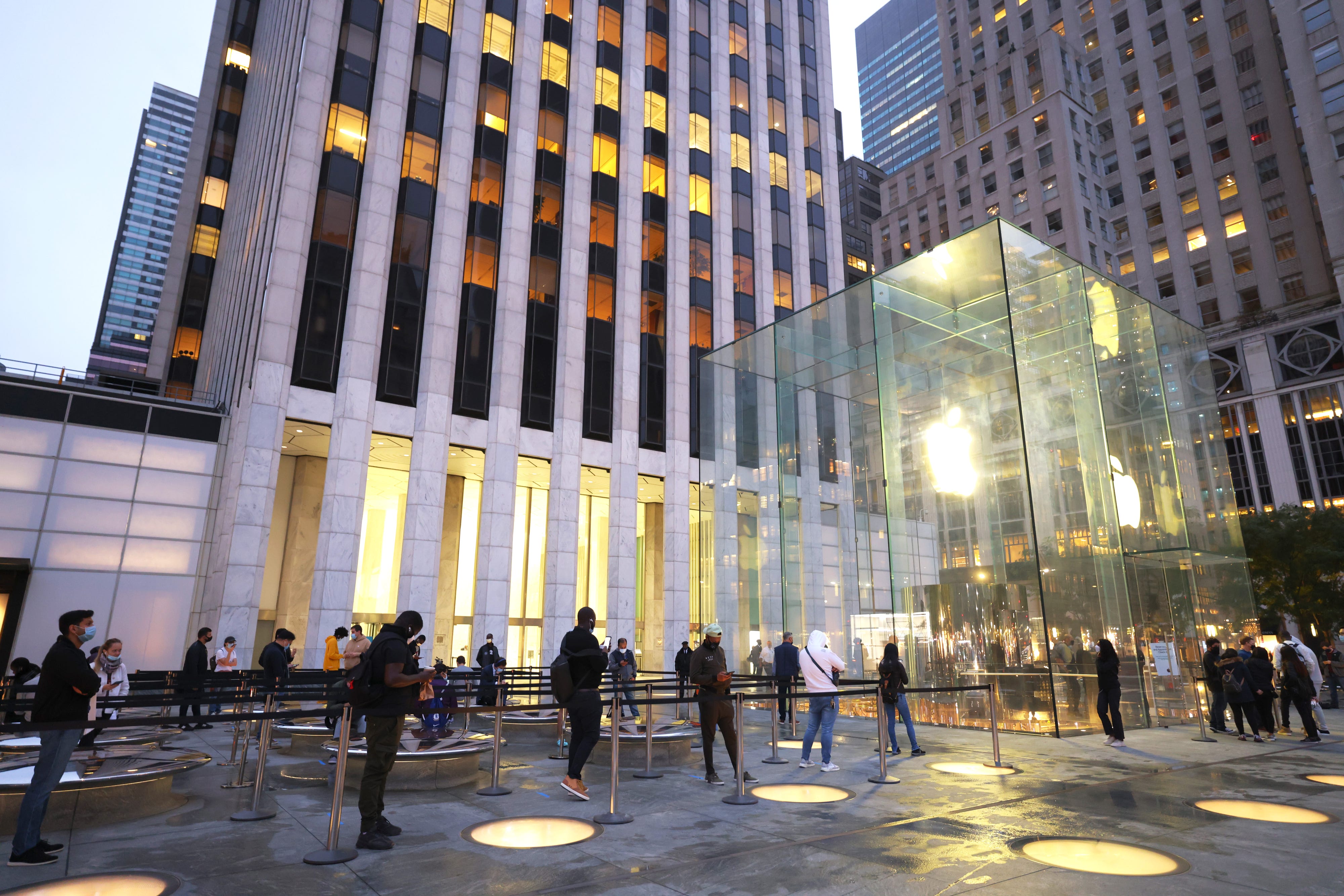 The victim regularly makes large purchases from Apple, as he resells the phones through his small business, according to police.

As the victim was walking to his car, another car pulled up alongside him. Two men jumped out of the car and demanded the bags, police said.

The victim put up a fight, sparking a struggle in which he was punched in the nose.

The thieves managed to snatch one of the bags before taking off in the car.

The victim was not seriously hurt and refused medical attention at the scene, police said.

The NYPD has not yet released a description of the suspects or their vehicle as the investigation continues.