If elected, Moore would be the first Black governor in the state.

ABC News' Linsey Davis caught up with Wes Moore, the former Army captain and author who is the Democratic candidate for the Maryland governor's seat.

During their run and chat, the two discussed a wide variety of topics, from his service in the military to his thoughts on possibly becoming the state's first Black governor. 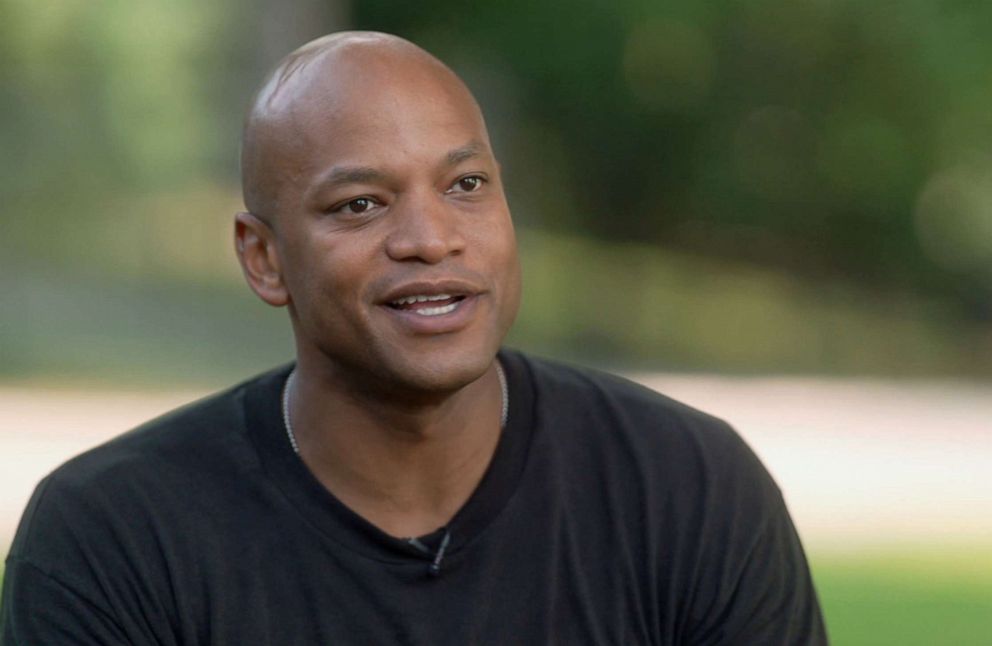 LINSEY DAVIS: Wes Moore is deceptively fast, but this 43-year-old father of two is just as quick to follow the military mantra-turned-campaign slogan: “Leave no one behind.”

WES MOORE: My definition of patriotism was when I left my family and I put on the uniform of this country.

When I was leading soldiers in combat, no question, I never once asked them, what's your political party? It didn't come up.

So the idea that somehow someone can come up and claim that they have a greater grasp of patriotism or love of their country is foolish. And so I would challenge anybody or any political party who thinks they have the monopoly cornered on what it means to be a patriot.

DAVIS: Rhodes Scholar, Army captain and White House fellow bestselling author. What is it that keeps you going?

MOORE: I watched my dad die in front of me when I was 3 years old because he didn't get the health care that he needed, because there were assumptions about whether or not he had insurance.

So I think I've come up with this understanding that nothing is promised.

And there's a measure of impermanence in life that we've got to take seriously.

The biggest weakness that we had to overcome on the campaign trail was people just not knowing who we were yet.

My work has been done both in and with communities. But it wasn't from a political frame. And so I think we really had to push hard to remind people that, “hey, the work that we were doing all these years in the community is just as relevant to the job and the work as anyone else.”

DAVIS: You said I'd rather flirt with failure than never dance with my joy. Explain what you mean by that.

MOORE: I mean, when I first started this race, we were polling at 1%. Literally. I think “I'm not voting” was polling higher than what I was polling at. And at that point, we could have made a decision, say, “You know what, let's just pack this thing in because there's a good chance it might not work out.” But that wasn't our mentality. 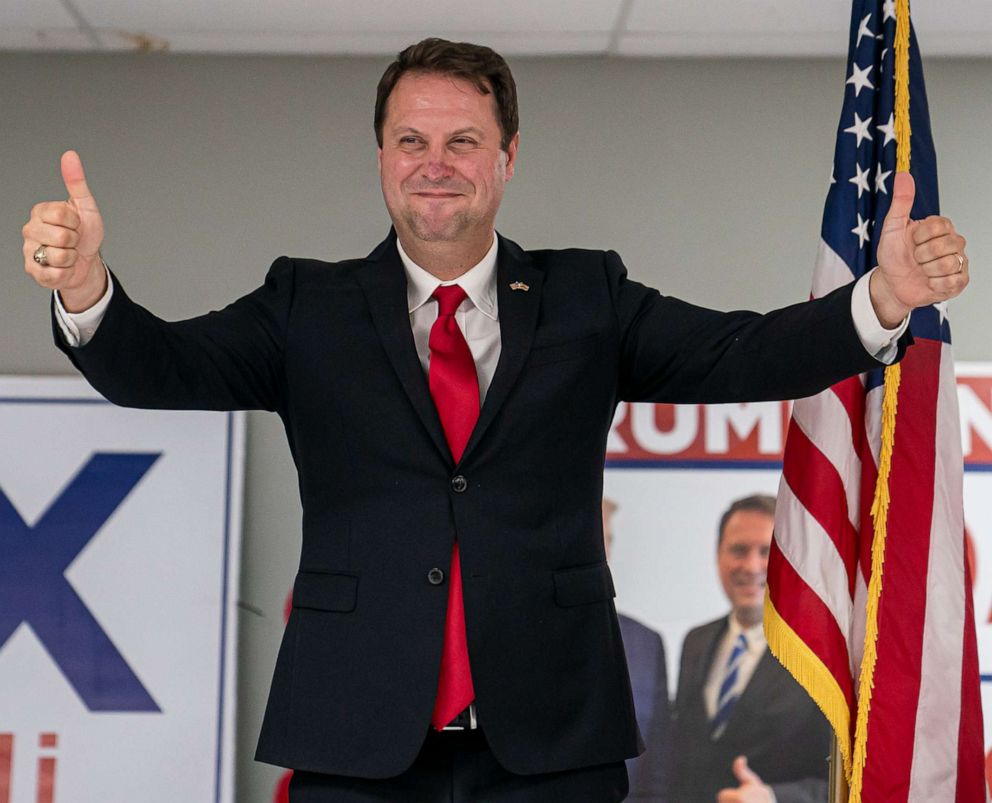 DAVIS: Polls now show a double-digit lead over Moore’s opponent Dan Cox, a supporter of the “big lie” who earned the endorsement of former President Donald Trump, but the current Gov. Larry Hogan called him a “QAnon whack job” who he refuses to vote for.

But Moore’s lead is not without some controversy after the Democratic Governors Association spent more than a million dollars highlighting Cox’s campaign, which some say was an attempt to undermine other Republican candidates that would have had a stronger showing against Moore.

And that's in fairness, not just here in Maryland, but that's been the strategy in several states. And I wonder what you think about that strategy.

DAVIS: Moore’s bestselling memoir, “The Other Wes Moore,” compares his life story with another Baltimore man of the same name, now serving life in prison for killing a police officer.

That book has now become a sticking point in the race for governor, with critics accusing him of lying about his birthplace.

What's this controversy about whether you're from Baltimore claiming this is the hometown? Is it real or is this just a dog whistle?

MOORE: I have nothing about my life to exaggerate about. And everything that I've written and always said about my life has been accurate and consistent.

I moved around a lot because of tragedy, because of trauma. And for political opponents to try to exploit that, I think says more about them than it does about me. 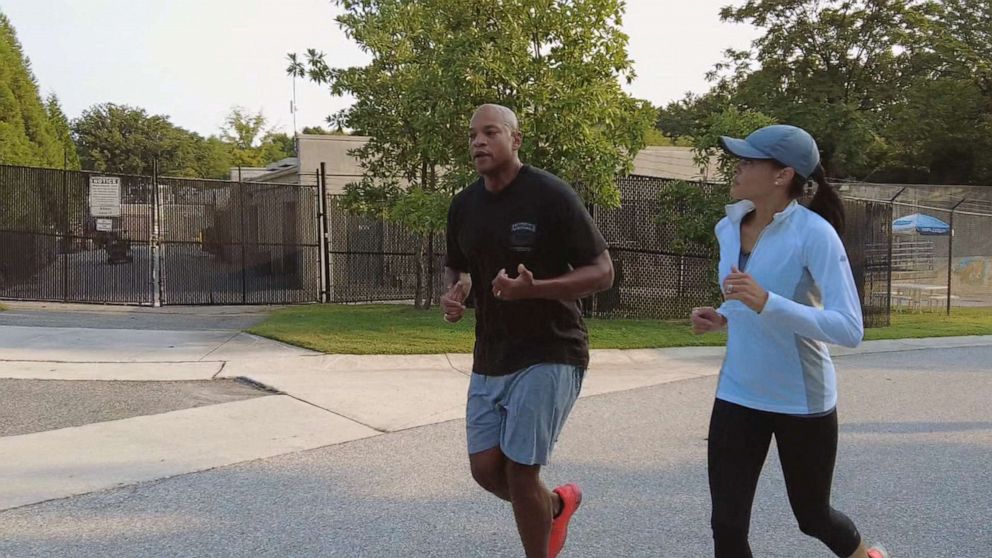 DAVIS: Moore says he is focused on real issues like crime, which has plagued this city in particular for decades with more than 230 murder investigations so far this year.

MOORE: I actually left the campaign trail to go speak at the vigil of a 69-year-old grandmother who was a member of my church over in East Baltimore, who was a custodian there and was killed in the church bathroom, a 69-year-old grandmother. The crime and the public safety issues are real, and the No. 1 responsibility of any chief executive is to make sure that your people are safe.

DAVIS: If you win, you'd become the first Black governor of Maryland. Is there a certain weight to that?

MOORE: This is the state of Thurgood Marshall and Harriet Tubman and Frederick Douglass.