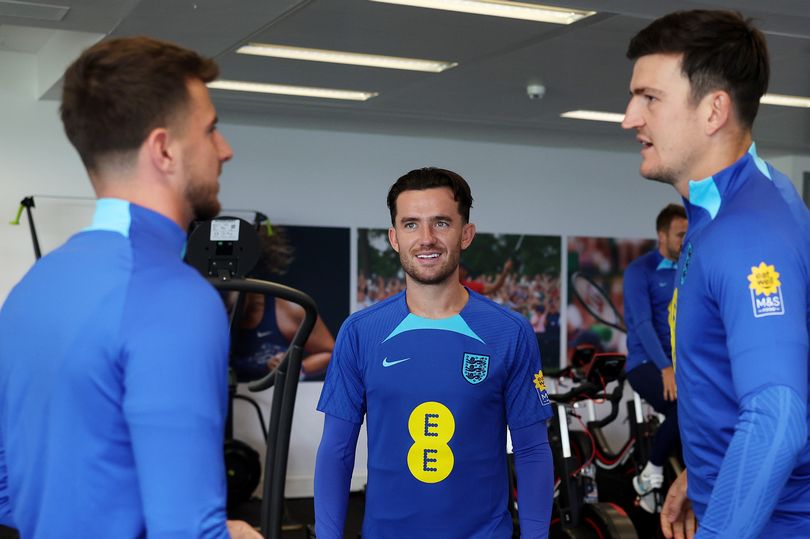 Here are your latest Chelsea football.london headlines on Friday, September 23.

Chelsea’s attacking midfielder has undergone an underwhelming start with the Blues to the 2022/23 campaign but has been called up once again to Gareth Southgate’s England side.

The 23-year-old will hope to get some minutes under his belts in the upcoming UEFA Nations League fixtures against Germany and Italy. Whether or not he makes the final squad for the World Cup remains up in the air alongside all his teammates who will need to fight for their places but Glen Johnson is currently worried for the Chelsea star.

He told Bettingodds.com: “Definitely. He needs to be scoring and creating goals because that’s what he’s good at. Mason was at the centre of everything that Chelsea did well last season, so he will be disappointed that he doesn’t have a goal and a couple assists already this season.

“You need to be playing well to play for England, that’s for sure. It can all change quickly and he can get a goal or assist from somewhere and end up with some pretty decent figures. To cement himself in England’s World Cup starting line-up, then he’s got to start getting himself some goals.”

A former player speaks out on Graham Potter

Wayne Routledge, who played under the new Chelsea manager at EFL Championship side Swansea City, has waxed lyrical on the new Blues boss during this international break.

“He [Potter] has got a very calming aura about him,” the wide player told Compare.bet. “He is very understanding, and he is straight to the point.

“But Graham is pretty straight with how he wants to do things and how he sees the game, how he sees certain structures or plans of play, and he is not afraid to change things or make decisions off the back if he does not feel it is going the way he expected.”

He added on the long-term project element of Potter’s management: “It’s something that’s obviously not a given at Chelsea, but if he gets the time and he [Potter] gets his structure right in what they want to do I would expect them to be successful in the future.”

Kai Havertz did not expect Thomas Tuchel to be sacked by Chelsea given the trophies won and success enjoyed during the German’s reign at Stamford Bridge. But the forward insists the Blues are still “in for a good time” under new head coach Graham Potter.

It was a little more than two weeks ago that Chelsea – to the shock of players, staff, and supporters – announced Tuchel’s departure. It’s understood the decision was taken after a breakdown in the relationship between the 49-year-old and the club’s new co-owners, Todd Boehly and Behdad Eghbali.

Chelsea had also started the campaign poorly; Tuchel’s final match at the helm proved to be a disappointing 1-0 defeat to Dinamo Zagreb in the Champions League. However, that is not believed to have influenced the thinking of the new ownership, who appear to have already decided to part ways with Tuchel before the loss in Croatia.

“[It surprised] me too, especially when you consider how we’ve played in the past year and a half and what we’ve won,” Havertz said in an interview with Kicker this week while away on international duty with England.

“We’re currently sixth in the table, so you can’t speak about a messed up start to the season – and we have many newcomers who first have to acclimatise.”

Chelsea news and transfers LIVE: All the latest news, rumours and gossip from Stamford Bridge

Video: 'One of the hardest things I've ever had to do': Evan Peters admits he was 'scared' to play serial killer Jeffrey Dahmer in Netflix show - after series faced LGBTQ backlash

Video: From feeling bloated to unexpected weight loss and unusual bleeding, a gynaecological health expert reveals the signs of five cancers you NEED to know

EXCLUSIVE: Family of ex-RAF pilot who died when he ejected from military jet before it crashed in Italian Alps launch £1million compensation claim

'Caring' student, 18, died from pills overdose in room after friends took her home from night out because she was too drunk, inquest hears

Energy bills to be burned in nationwide cost of living protests

Buccaneers Could Receive Huge Boost On Offense For Chiefs Game


View more: Watchdog to deliver verdict on budget next week but Kwarteng won’t publish it

Celtic supporter liaison officer John Paul Taylor has sent an important message to the Hoops support ahead of tomorrow’s game against Motherwell on the 1st of October. Ahead of the match, the Hoops figure took to social media to update the fans on the transport situation surrounding the game, as ...

Video: Frightening moment man, 24, shouting 'shoot me' at police is gunned down on the main street of a busy tourist town as witnesses who mistook the fatal shots for fireworks reveal what sparked the incident


View more: Video: Frightening moment man, 24, shouting 'shoot me' at police is gunned down on the main street of a busy tourist town as witnesses who mistook the fatal shots for fireworks reveal what sparked the incident

liz truss People living in London will pay more for their energy usage than those in the Midlands or Scotland, even under Prime Minister Liz Truss’s “Energy Price Guarantee”. Under the new rates that came into effect today, a typical household will pay £2,500 a year for their energy ...

Liz Truss has met with the prime minister of Denmark in Downing Street, where they discussed Ukraine and Nord Stream gas leaks.

Bella Hadid showed off her sensational sense of style as she stepped out in Paris on Saturday during Fashion Week. The supermodel, 25, flashed her toned physique in a black cropped waist coat, teamed with a pair of low-waisted three quarter length pinstriped trousers. She completed the look with a ...


View more: Bella Hadid shows off her toned physique in a cropped waist coat as she steps out during Paris Fashion Week

'Heartbroken' family pay tribute to Guardsman, 18, found dead in his barracks just days after walking alongside Queen's coffin as they prepare to release balloons in his memory

Video: EXCLUSIVE: John Fury offers to fight Eddie Hearn for FREE on the undercard of Tyson Fury vs Anthony Joshua if AJ and his team sign the Battle of Britain contract

Rain could dampen prospects for thousands of London Marathon runners

London roof gardens: secret green spaces in the heart of the city — all free to visit

'Avoid conflict!' Drivers warned of £1,000 fines for letting an ambulance go past

Frightening moment man, 24, shouting 'shoot me' at police is gunned down on the main street of a busy tourist town as witnesses who mistook the fatal shots for fireworks reveal what sparked the incident

Video: 'It is going to be a difficult winter': Liz Truss warns Britain of tough times ahead as energy bills soar from TODAY while house market stalls and lenders pull mortgage deals - but Kwasi Kwarteng defends mini-budget, saying he 'had no other choice'

TV presenter Sophie Falkiner reveals breast cancer scare after she discovered 'large lump' during Thailand holiday: 'It was quite a shock'

Video: Swathes of lenders pull buy-to-let mortgages due to market chaos, amid fears they will return with much higher rates and force landlords to hike rents

The best student discounts and deals for 2022 - including Domino's, Amazon Prime, ASOS and more

Cyclists warned of Highway Code rule that could lead to £2,500 fines for dangerous riding

Queen Margrethe's grandson Prince Felix, 20, will continue to live in one of the residences at Amalienborg Castle despite being stripped of his title by the monarch, says Royal House source

The One Show hosts left wincing at Ian Hislop’s controversial joke: ‘We leave politics to your show’

EXCLUSIVE: Moment local councillors reject extra £660,000 for free school meals… minutes before approving pay boost to their OWN allowances because 'we're all affected by cost-of-living' crisis