The rapper debuted the look at Forbes' 30 under 30 Summit in Detroit.

The Grammy Award-winning rapper captured the attention of millions of fans on Tuesday when she posted a selfie of her new cherry cola red hair on Instagram.

The “Body” rapper debuted the look while attending Forbes' 30 Under 30 Summit, which brings together the world's top young leaders, founders and creators for four days to connect, learn, teach and build.

She paired her new hair look with a mid-length long-sleeve black dress and strappy sandals.

Megan closed out the annual event as a keynote speaker and discussed everything from huge partnerships she's been able to acquire as well as balancing her platform in music, acting, production and more. 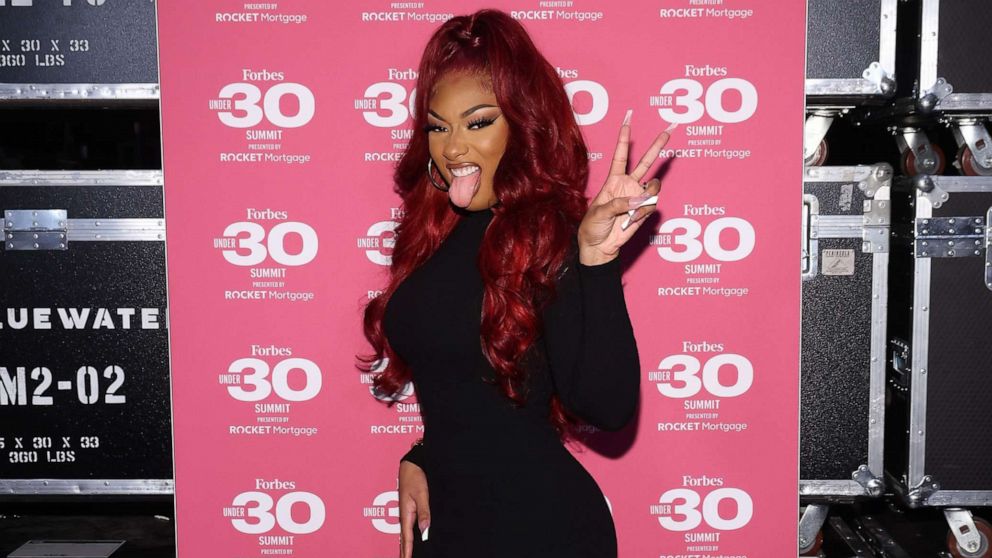 While Megan tends to stick with jet-black hair, she has worn red, green, blonde and several other colors in the past.

In April, the “Savage” rapper captured the attention of many when she posted a fresh-faced, no-makeup selfie on Instagram. She told fans that she was really going to try not to wear makeup until Coachella, which was held later that same month.

A few weeks later, she arrived at the music festival in full glam once more and wore a metallic bodysuit with vibrant matching eyeshadow to match.

“Hottiechella,” she wrote in the caption of an Instagram post, alongside a series of photos from her Coachella performance.

Dealing with a loved one’s death is extremely tough at the best of times – but trying to navigate your own complex feelings, while also helping a child process theirs, can be unimaginably challenging. Sadly childhood bereavement is incredibly common – one survey of 11-16 year olds found 78% ...


View more: How To Help A Child Through Grief – Be Honest And Don't Be Afraid To Cry

Former President Barack Obama told Georgia voters at a rally on Thursday that he is a bit more optimistic about the country’s future ahead of the rematch between Democratic Sen. Raphael Warnock and Republican challenger Herschel Walker, urging party voters to turnout for next week’s runoff election. As early voting begins for the Dec. 6 runoff, Obama noted how Americans showed ...

An employee gives a demonstration of the Maps app on an Apple Inc. iPhone 14 smartphone at an Apple store in Sydney, Australia, on Friday, Sept. 16, 2022. The latest iPhone hits stores today, and Apple is counting on well-heeled shoppers to make the device a hit during a ...