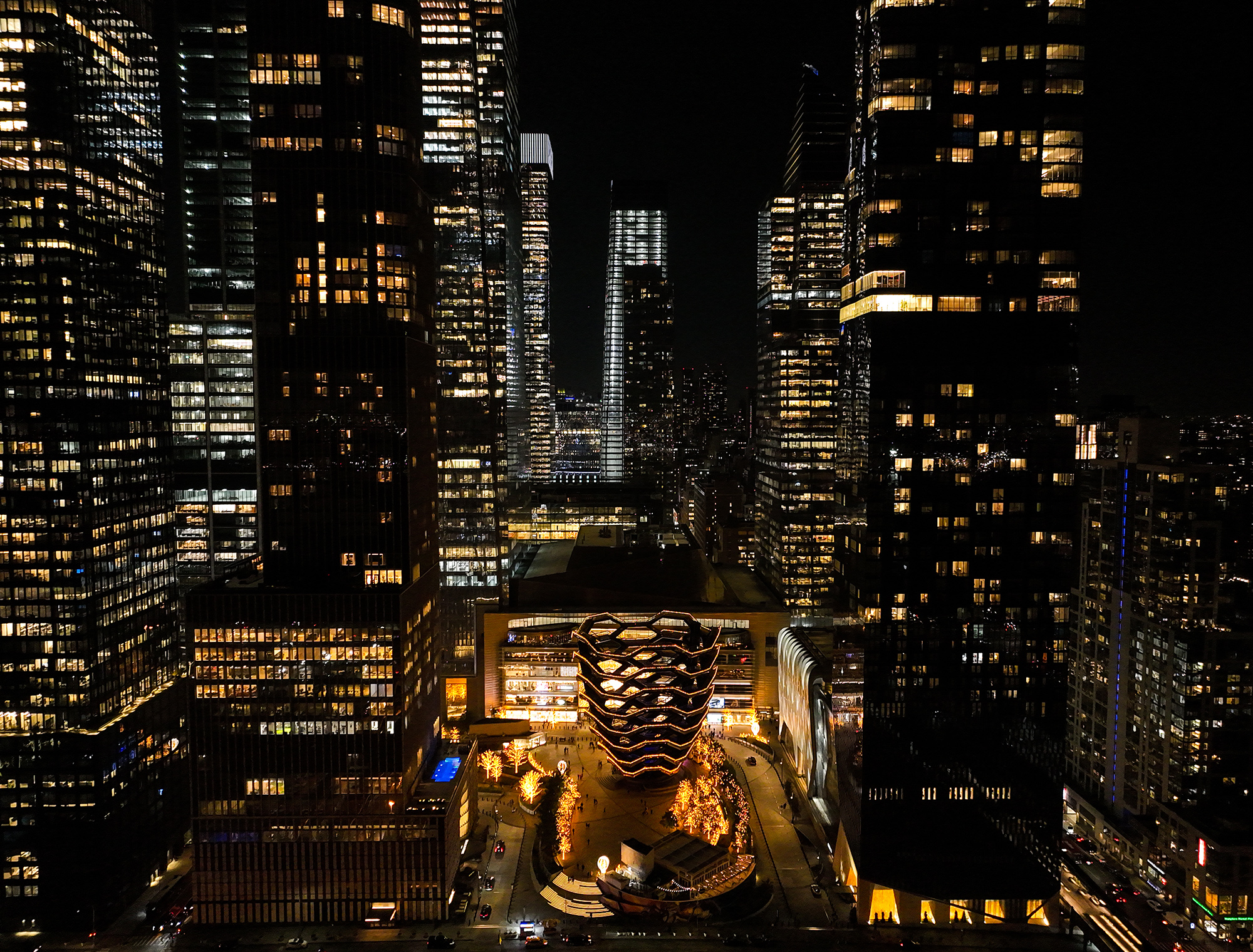 Facebook’s parent company Meta is ditching office space that it rented out at the Hudson Yards complex in New York City — the latest sign of belt-tightening at the Silicon Valley-based tech giant that recently laid off thousands of employees.

Meta will vacate 250,000 square feet of office space at 30 and 55 Hudson Yards, though it will maintain the bulk of its footprint — some 1.2 million square feet — at the unfinished 50 Hudson Yards, a source familiar with the matter told The Post.

Meta has notified the building’s landlord, Related Cos., of its plans not to renew its lease at 30 and 55 Hudson Yards at the end of 2024.

Meta told investors last month that it expects to take a $2 billion charge in consolidating its office space.

The company rented out the office space at 30 and 55 Hudson Yards — intending it to be “swing space,” or a temporary office that it would use before moving into its long-term address at 50 Hudson Yards.

“We remain firmly committed to New York City as evidenced by the recent opening of the Farley building, and 50 Hudson Yards, which is estimated to open next year, further anchoring our local footprint,” Tracy Clayton, a spokesperson for Meta, told The Post on Wednesday. 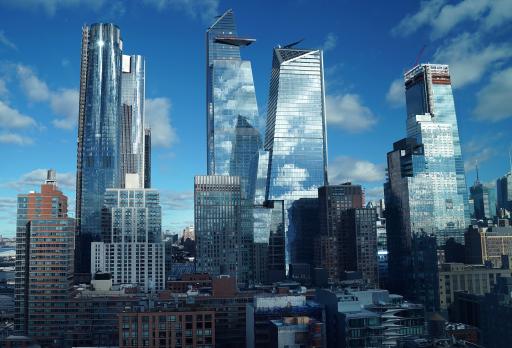 In 2019, Meta, which at that time was still known as Facebook, signed a lease to rent out more than 1.5 million square feet of office space at three towers in Hudson Yards.

Most of the space was at 50 Hudson Yards, where Meta is subleasing a portion of its footprint, Clayton told The Post, confirming an item that was first reported by Bloomberg.

The downsizing comes on the heels of Meta CEO Mark Zuckerberg announcing the company will shed 11,000 jobs — or roughly 13% of the 87,000-strong workforce — due to fierce economic headwinds.

Meta’s stock price has fallen by more than 65% in the past year — a six-year low.

In its most recent earnings report, Meta said revenue dropped for the second consecutive quarter as the company struggles with falling advertising sales due to stiff competition from rising social media app TikTok.

Zuckerberg has come under fire from Wall Street as investors have grown bearish on the company’s multi-billion-dollar bet on its metaverse project.

Before the recent downturn, Meta expanded its real estate footprint in New York City in anticipation of bringing back its employees to the office en masse. 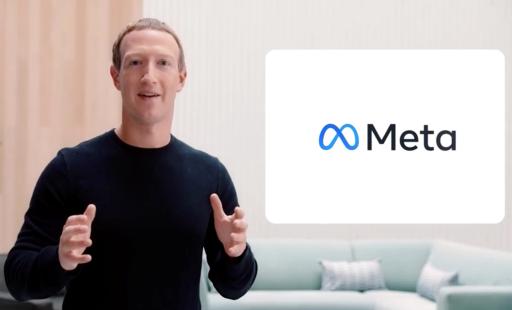 The downsizing comes on the heels of Meta CEO Mark Zuckerberg announcing it will shed 11,000 jobs, roughly 13% of its 87,000-strong workforce.

While Meta is shrinking its presence in the Big Apple, its tech rival, Google, is doubling down on its strategy of boosting its footprint in the area in hopes of attracting talent.

Sundar Pichai, the CEO of Google’s parent company Alphabet Inc., told Crain’s New York Business that he was “personally long-term bullish on our growth in New York as a company.”

Pichai has put his money where his mouth is. Last year, Google announced it was buying the St. John’s Terminal building at West Houston Street near the Hudson River for a whopping $2.1 billion.

Pichai told Crain’s that Google plans to open offices at the location by the middle of next year.

Google is also developing two other sites in the Hudson Square section of Manhattan. Altogether, the three buildings will comprise a campus totaling 1.7 million square feet.

Earlier this year, Google unveiled a new campus on Pier 57 that will include office space in three buildings.

As of last September, Google employed 12,000 people in the city. The company said it aims to increase that number by 2,000 employees in the coming years.

PayPal to lay off 2,000 employees in coming weeks, about 7% of workforce

See an inside an abandoned French ‘fairy tale’ house

Hidden iPhone menu lets you edit and even ‘unsend’ any text

New York City’s 325,000 government employees have been mandated to complete racial “equity” training that some critics say flies in the face of racial “equality.” The training, which was apparently inspired by critical race theory, was to be completed by bureaucrats and their underlings by March 6, Fox News ...

Fyre Fest fraudster Billy McFarland is back — and asking $1,800 an hour for ‘consulting’

Billy McFarland, who spent more than four years in prison after pleading guilty to fraud in the Fyre Festival scandal, is charging $1,800 per hour for a consulting phone call. Emmy Park for NY Post Infamous Fyre Festival fraudster Billy McFarland thinks an hour of his valuable time is ...


View more: Fyre Fest fraudster Billy McFarland is back — and asking $1,800 an hour for ‘consulting’

Live like a star from “Big Bang Theory” for a cool $9 million. “Big Bang Theory” actor Simon Helberg and his wife, Jocelyn Towne, have listed their Los Angeles residence for $9 million, The Post has learned.Made up of five bedrooms and 4.5 bathrooms, the home is located in ...

A survey has revealed a shocking number of Aussies are lying about their personal details to secure a home loan, as interest rates continue to climb. The Finder survey from 1114 respondents (310 of which have a mortgage) found that at least one in eight people lied on their ...

After years in limbo, this downtown property will go up for auction in March. A judge has flunked this landlord’s last-ditch attempt to prevent a foreclosure.  Despite the owner’s efforts, a decades-vacant former East Village public school is set to hit the auction block this spring.  Gregg Singer has ...

Melissa Caddick’s Dover has sold for $9.8 million. Bruce Gleeson from accountants Jones Partners, the receivers of Melissa Caddick say they consider the sale “a good outcome given the current market conditions.” The fund received from the sale of the house will go toward repaying investors who were fleeced out ...

The 203 apps you must delete from your phone right now

Opulent and overflowing with opportunity

Mansion where ‘My Fair Lady’ was written hosts estate sale

Tesla just had its best week since May 2013

The data prove it: New York progs should spare the little guy their housing ‘help’

Marvel Snap fan has reached the maximum level of over 22k

Bizarre ‘impossible’ illusion is driving fans crazy – can your eyes outsmart it?

Why some of NYC’s hottest restaurants are ditching outdoor dining

Redditor with weed-smoking roommate is trolled for seeking help

Messaging or emailing your doctor? Be careful, it might cost you

Netflix reveals when it plans to stop users from sharing passwords

Rogue AI ‘could kill everyone,’ scientists warn amid ChatGPT craze