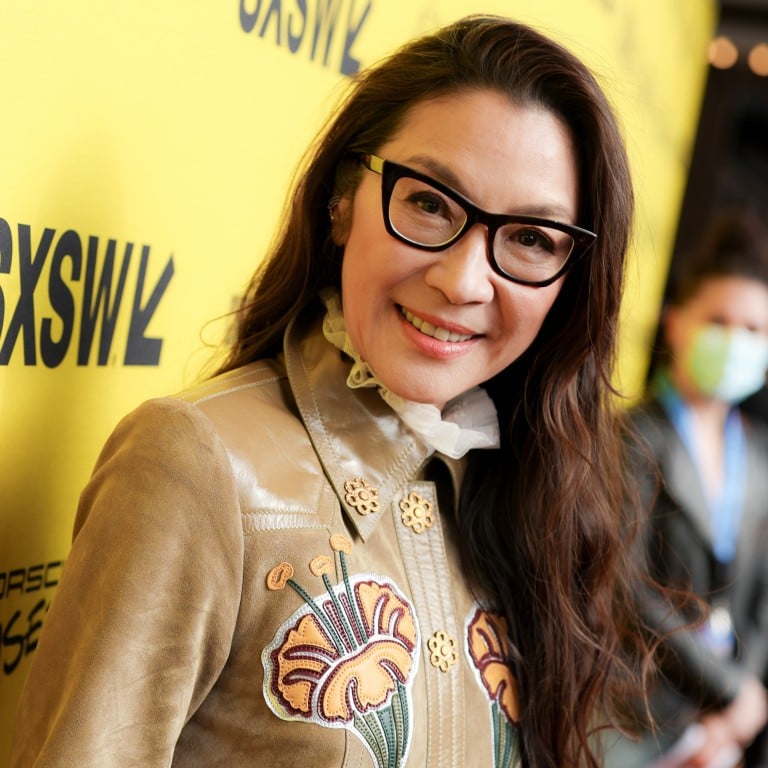 Time has named Michelle Yeoh its 2022 Icon of the Year, highlighting her storied 40-year acting career that includes this year’s Everything Everywhere All at Once.

Yeoh is a favourite for an Oscar nomination for her performance in the well-received surreal action-drama. She had been named to Time’s 100 Most Influential People of 2022 list earlier this year.

During her career, Yeoh told Time that she had to “battle” a Hollywood that offered her parts that were stereotypes of Asians or harmful tropes of Asian women.

“It shouldn’t be about my race, but it has been a battle,” Yeoh said. “At least let me try.” 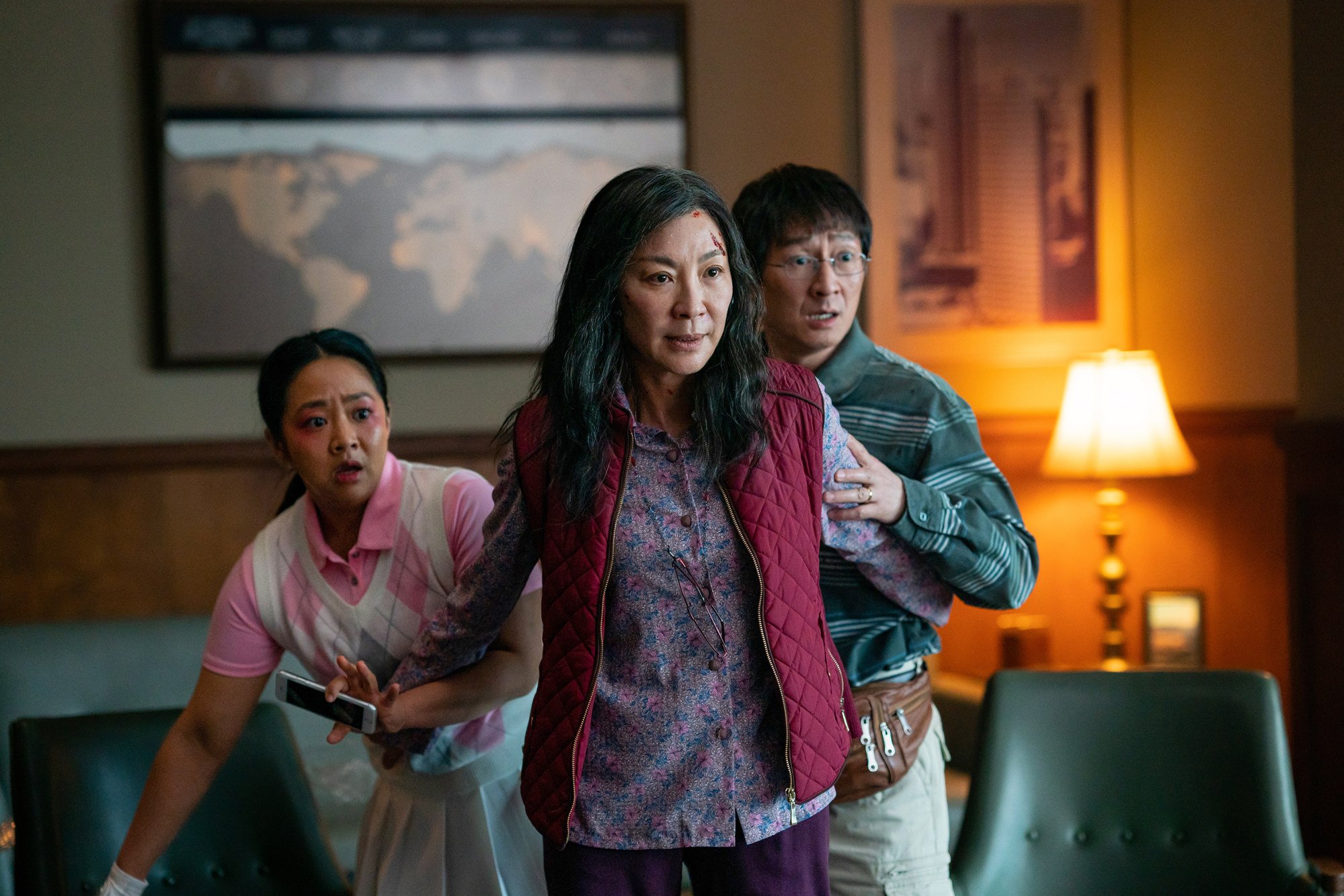 Michelle Yeoh in “Everything Everywhere All At Once” with co-start Stephanie Hsu and Ke Huy Quan. Photo: A24/TNS

Years before landing her first Hollywood role, Yeoh, 60, was already a movie icon in Asia. She had starred in popular Hong Kong action films throughout the late 1980s and 1990s, becoming famous for doing her own stunts.

In the late 1990s, Yeoh was ready to call it quits after getting married, planning to have children and after several injuries on set. Yeoh told Time that she reversed course after a conversation with director Quentin Tarantino, who visited her while promoting Pulp Fiction. He geeked out in front of Yeoh, reciting all her action sequences, she recalled.

Yeoh then crossed over to American cinema with the 1997 James Bond film Tomorrow Never Dies, in which she plays Bond’s equal. She continued to win over American audiences with her supporting roles in Crouching Tiger, Hidden Dragon, The Mummy: Tomb of the Dragon Emperor, Kung Fu Panda 2, several Marvel films and Crazy Rich Asians.

It wasn’t until this last year that Hollywood began to recognise her as a top-billed actor, seen for her acting abilities beyond what white audiences expect of Asian performers. In Everything Everywhere All at Once she starred as Evelyn Quan Wang, the universe-jumping owner of a struggling laundromat.

Earlier this year, in a GQ interview that went viral on social media, a tearful Yeoh said her role as Evelyn “was something I had been waiting for a long time”, to show audiences “what I am capable of”.

Yeoh acknowledged to the Los Angeles Times that taking the role was also a risk because of the film and her character’s humour, a break from the mould of her previous roles that lacked such a dimension.

It paid off, and now Yeoh is soaking in the recognition.

“Give it to me,” she told Time, referring to an Oscar for lead actress. “It’s not about needing it – it’s that feeling that you don’t have to explain: it’s love from other people. My arms are out open.”

I feel like my full Asian community has thought about it. They come up to me and they say, ‘You’re doing it for us.’

Yeoh also noted during the interview that despite the praise, she still may not have opportunities.

“I do look at all my peers – Cate Blanchett, Olivia Colman, Helen Mirren – and go, ‘Oh God, I envy all the different opportunities you get to showcase your talent again and again,” Yeoh said. “When you get an opportunity like this, you have to pour your heart and soul into it, because you don’t know when the next chance is. I think that is my biggest fear: please don’t let this be the one and only.”

Yeoh said she feels the gravity of winning as Oscar. She would be the first Asian woman to win the lead actress award.

“I’ve thought about it,” Yeoh told Time about a possible Oscar win. “And not just me – I feel like my full Asian community has thought about it. They come up to me and they say, ‘You’re doing it for us.’”