Millie Bobby Brown has enrolled as an online student at Purdue University in Indiana.

Actress, 18, who is best known for her role as Eleven in Netflix’s , is set to study human services, which provides students with the opportunity to pursue careers in counselling, social work and youth development.

She toldhat she wants to be able to help other young people with her career choices.

“Ultimately, all I wanted to do within my career is help young girls and young people out there know that I, too, go through things. I’m not this perfect person that is selling skin-care products and [who is] in Stranger Things. I absolutely have made wrong decisions,” Millie said.

Millie’s chosen University is located in the same state where is based – despite the long-running hit series being filmed in Georgia.

The University website says: “The Human Services curriculum is designed to provide students with knowledge and theory in human development and family studies, skills for working with children, adults, and families, and program evaluation skills.”

The likes of Neil Armstrong, the first man to walk on the moon, also attended the University and is listed as an alumni. 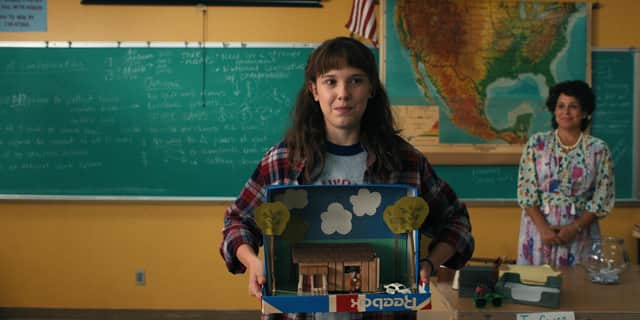 will be splitting her time between London and Atlanta throughout her studies, rather than living the normal college life.

She believes that all young people deserve equal rights and the opportunity to have an education. The 18-year-old is encouraging others to pursue their dreams, having been just eight when she began auditioning for roles in Hollywood. 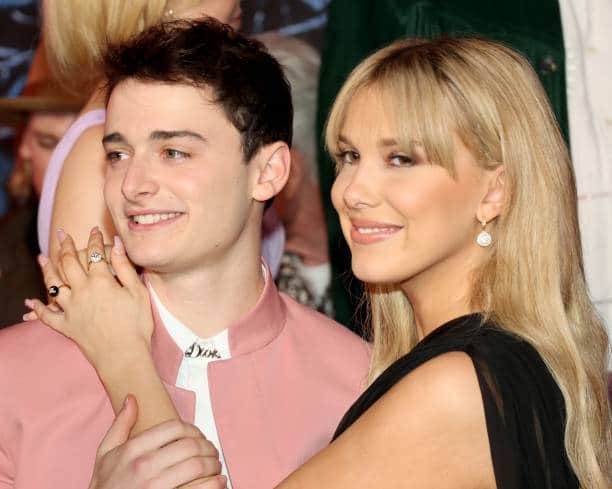 At age 10, a casting director told she wouldn’t make it in the industry because she was “too mature”.

However, just three months later she defied naysayers by landing her globally recognised role as Eleven in Netflix’s Stranger Things.

Co-star Noah Schnapp, who plays Will Byers, recently announced he has been accepted to the University of Pennsylvania.

If last Sunday felt a little different … well, it should have felt different. Between 4 o’clock and 5 o’clock, the following things happened: The Giants outlasted the Panthers at MetLife Stadium, 19-16, on a 56-yard field goal by Graham Gano. The Jets pulled off a miracle in Cleveland, rallying ...


View more: Locals’ undefeated weekend even rarer than you think

Get all the glitz, glamour and gossip from the first Strictly Come Dancing live show HERE


View more: 'I got in a bit of a muddle!' Strictly's Shirley Ballas suffers a hilarious blunder as she accidentally gives Tyler West and Dianne Buswell the 'wrong score' following their debut dance

Sunday, Sept. 25 – Saturday Oct. 1 ALTERNATE SIDE PARKING RULES ARE SUSPENDED MONDAY AND TUESDAY FOR ROSH HASHANAH There are back-to-back NFL games at the Meadowlands Sunday and Monday as the Jets take on the Bengals Sunday at 1 p.m. and the Giants face arch-rival Cowboys Monday at 8 ...

Christopher Polk/NBC/Getty Images Lorne Michaels is gearing up for a transitional season of Saturday Night Live after a massive cast shakeup ahead of Season 48. The NBC sketch comedy series lost a total of 8 cast members and Michaels is talking about how that came about. “We got to a ...

The fan who caught Albert Pujols’ 700th home run ball is playing finder’s keepers — and Pujols doesn’t seem to mind it. Pujols belted two homers against the Dodgers to join the 700 club Friday, entering an exclusive group with only three other members: Babe Ruth, Hank Aaron and Barry ...

He watched the service with his son and was bolstered by the show of royal unityThe Duke of Sussex and Prince of Wales put aside their feud for a united frontThomas paid tribute to the Queen after she passed away at Balmoral aged 96The Queen's funeral: All the latest Royal Family news and coverage


View more: 'Meghan, Dad treated you like a princess your whole life, it's not too late to make amends': Thomas Markle 'hopes to heal rift with duchess after Harry and William put differences aside at the Queen's funeral'


View more: 'I can't think about it too much!' Strictly's Jayde Adams breaks down in tears after getting a standing ovation for her same-sex performance with Karen Hauer

Lily James says she was 'shot to s**t' and 'a real wreck' after she lived in character as Pamela Anderson while filming biographical drama Pam & Tommy The actress, 33, played the Baywatch star in the show which chronicled the marriage between Pamela and Mötley Crüe drummer Tommy Lee, played by Sebastian Stan Screen star Lily says she spoke to her own mother in Pamela's voice and never properly left character the entire time she was filming, insisting the difference between her real-life self and Pamela is too stark


View more: Lily James was 'a wreck' after LIVING in character as Pamela Anderson and speaking to her mother in Baywatch star's voice - as the actress insists she was too different in real life to stop acting while filming Pam & Tommy