MOLLY-MAE Hague has revealed the unseen parts of her new £3.5million mansion – which STILL has no furniture inside it.

The former Love Island star gave fans a sneak peek inside the huge dream home on her Instagram stories on Wednesday night. 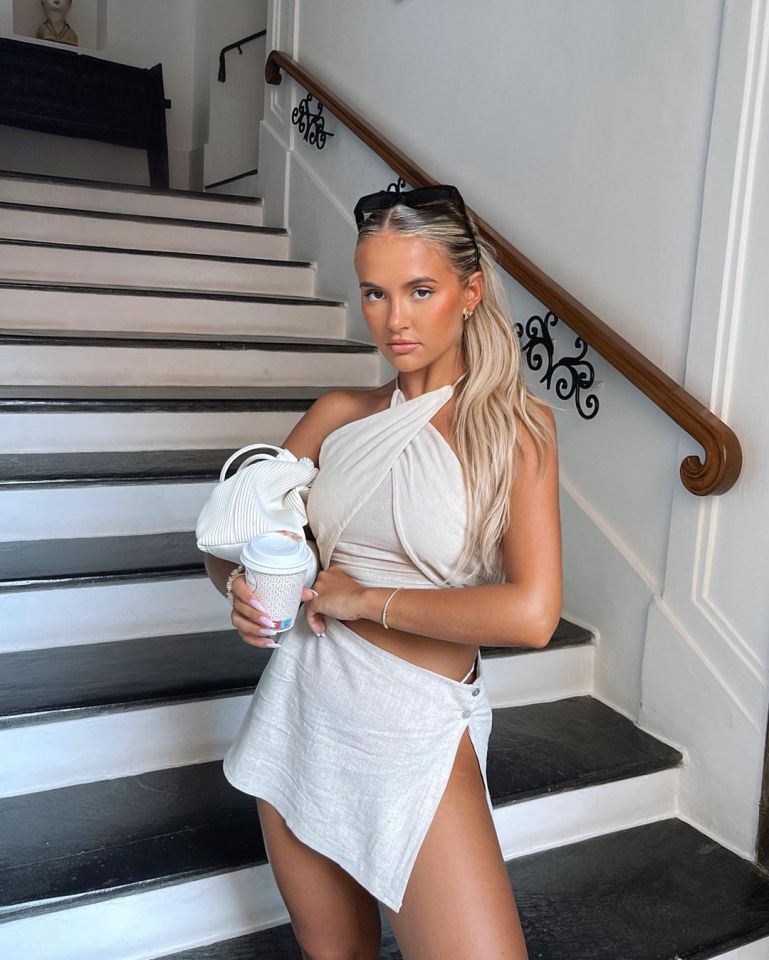 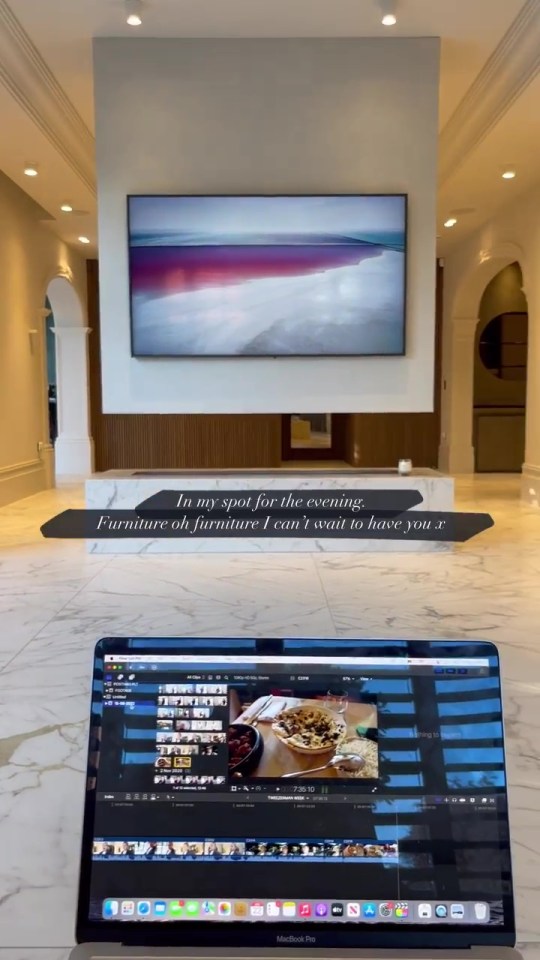 The star admitted she was still waiting on furnitureCredit: INSTAGRAM

Molly-Mae, 23, purchased the gigantic home with her beau Tommy Fury, who she met on the ITV2 dating show, earlier this year.

The couple have been working to transform the space into their ideal home, knocking down walls in the bedrooms and bathrooms.

After revealing how their master bedroom suite had been completed this month, Molly-Mae explained they are STILL waiting on furniture.

Filming around the huge space – with marble floors and high ceilings – the reality star showed they were missing tables and chairs.

“In my spot for the evening,” she captioned the video posted to her Instagram stories. “Furniture, oh furniture, I can't wait to have you.”

Elsewhere, she went on to show off the entrance space to the bedroom suite and bathroom, which also looked empty.

She also showed off snaps of her posing with a coffee cup as she spent the rest of her day relaxing in her new home.

It comes after Molly-Mae broke her silence over rumours she had split with Tommy Fury after he moved into a new home in London.

The Love Island star worried fans that the couple had gone their separate ways when she shared pics of the boxer's new pad.

It left many questioning if the pair were still together, but the PrettyLittleThing creative director later put things straight.

She explained on Instagram: “Omg guys, Tommy's just training down in London. We haven't split up, my DMs are going mad.”

Molly and Tommy's relationship has gone from strength to strength since appearing on Love Island in 2019.

The beauty entered the ITV2 villa as a bombshell on day four and a day later they coupled up – sticking together until the end.

They stayed together for the duration of the show and finished second behind Amber Gill and Greg O'Shea.

They have lived in a number of properties since their stint on Love Island, including a stunning Manchester flat and a £1.3m penthouse. 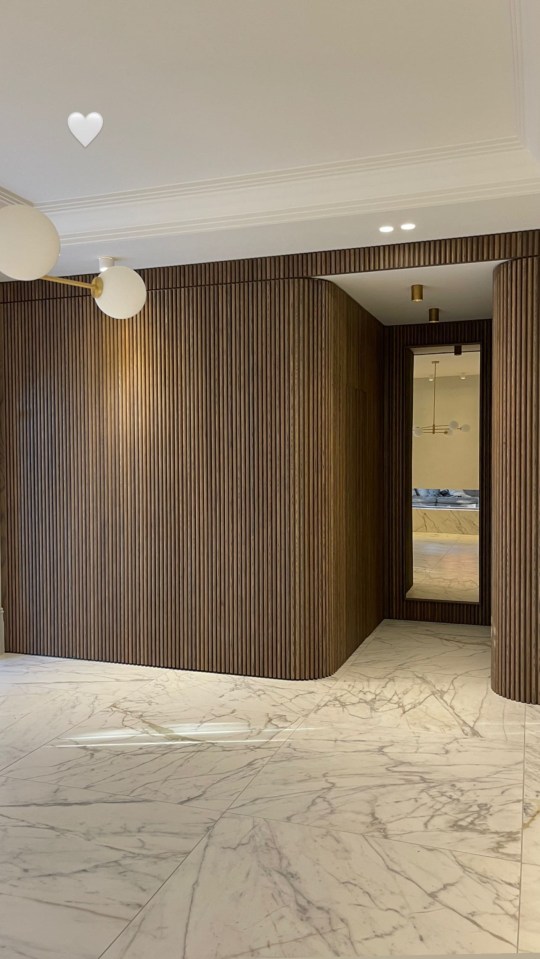 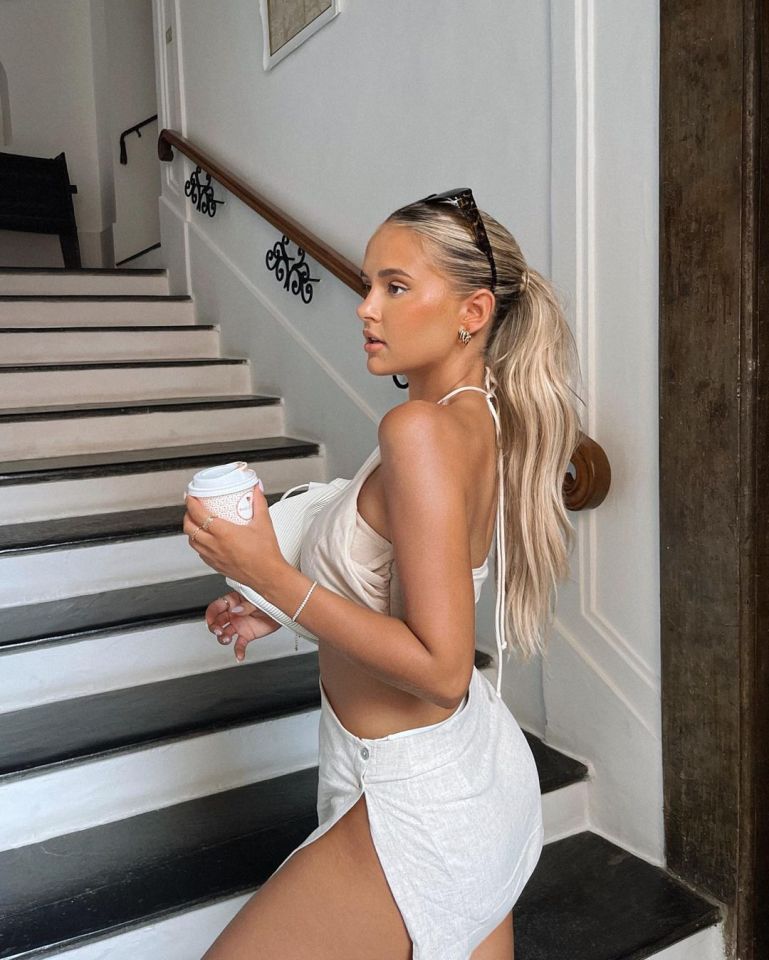 The star bought her dream home with beau TommyCredit: INSTAGRAM


View more: I was meant to be in Turkey with Jake McLean says Towie’s Georgia Harrison as she reveals secret long-term romance

JAMES Lock has been spotted for the first time since his ex girlfriend Yazmin Oukhellou’s car accident that saw her boyfriend Jake McLean killed. The TOWIE star, 35, appeared to be filming for TOWIE as he was pictured out with co-star Amy Childs and looked downcast as they walked ...

LOVE Island fans have called the moment that Indiyah Polack found Dami Hope’s ring in her suitcase 'set up'. The senior microbiologist, 26, left his jewellery in her bag when he packed it for her stay in the dreaded Casa Amor. Love Island fans called out a ‘set up’ ...

Sam Faiers welcomed baby Edwards in May – in the kitchen (Picture: Instagram) Sam Faiers has opened up on the details behind her recent home birth, revealing she welcomed her third baby into the world standing up in the kitchen. In Mar, former Towie star Sam, 31, revealed she ...

KERRY Katona, 41, has shown off her two Lamborghinis in an emotional video saying she “should’ve died” following her drug addiction battle. The star took to her Instagram and spoke to her 800k followers and showed off her two neon green cars, worth £200k each. Kerry Katona showed off ...

LOVE Island has been hit by almost 800 Ofcom complaints in just one month from furious fans complaining about the show's content. Viewers have flooded the broadcasting watchdog with their worries following claims of bullying, as well as their concerns over the age-gap between some Islanders embarking on romances. ...

KATIE Price has cancelled her trip to Ibiza and a string of work in a mystery move after heading to Thailand with Carl Woods. The media personality cancelled her latest round of make-up masterclasses due to take place this week. Katie has cancelled and is re-scheduling some of her ...

Peter Andre’s game-changing suggestion he made to No.10 – and their brutal response