A beloved café at Redhill Aerodrome has been forced to close after reportedly being given notice to leave without a full explanation. Richard Blain, who has been running the 1930s aviation-themed café in Hangar 9 of the aerodrome since 2014, announced on Wednesday (October 5) that The Pilot’s Hub would be closing imminently.

In a statement on Facebook, The Pilot’s Hub said: “With great regret we are forced to announce the imminent closure of The Pilot’s Hub. Redhill Aerodrome has given us notice to leave the entire hangar and close the hub. We consider this will be a great loss to the local community and are disappointed by the airfield’s decision.”

Mr Blain claims he was informed about the decision via email without prior warning, and attempts to persuade the aerodrome to let the team stay have sadly been unsuccessful. Mr Blain says he still does not know why the hub has been ordered to close, with the aerodrome only reportedly saying it was a “business decision”.

READ MORE: Surrey pub reverting back to ‘The Rats Castle’ after 16 years

“I’m somebody who’s supported the airfield over the years,” he said. “When they decide they don’t want you there any more, you feel cast aside really.

“It’s such a shame to destroy something which has created a lot of human value that is so good for community relations. I’ve said to them I would like to work with them and adapt what we do to align with their objectives, but that’s fallen on deaf ears.”

“I’m very sad. I’m really passionate about this. I’ve spent 22 years in RAF reserves so it’s the human element I’ve invested in over the years, that’s the most tragic loss. Possibly the weight of public opinion will cause them to reconsider, but I don’t hold out a lot of hope for that,” he added. 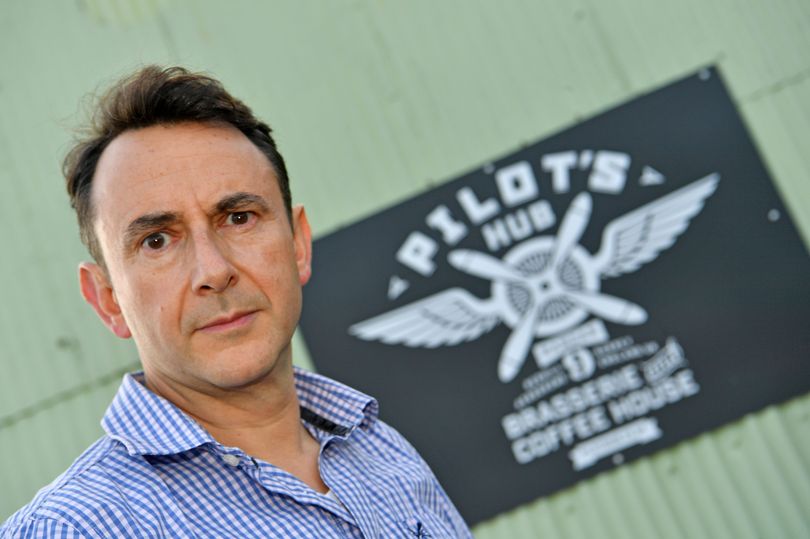 The café has raised nearly £250,000 over the years for Air Ambulance Kent Surrey Sussex, who operate from the aerodrome, through various events. And the statement announcing the café’s closure was met with an outpouring of support by local residents.

A petition has also been set up, currently with 152 signatures, calling for The Pilot’s Hub to remain open. Mr Blain said the support he has received in recent days has been heart-warming.

He added: “It is so moving for not only me but the whole team who work here now and over the years to see the outpouring of compassion from the local community and what it means to them, it means the world. We’re really grateful for all the public support.”

Mr Blain said the hub would be closing in the coming weeks and he did not have any concrete plans to reopen the café at another location. Redhill Aerodrome has been contacted by SurreyLive for comment.

She was crowned Queen Of The Jungle during Sunday night’s nail-biting I’m A Celebrity finale, beating MP Matt Hancock and Hollyoaks star Owen Warner for the title.  A whopping 13 million votes were cast, with Jill, 35, coming out on top after winning over the hearts of the nation during ...


View more: From being bullied on the pitch to her roaring success as Queen Of The Jungle: A look at Lioness Jill Scott's life outside camp as she wins I'm A Celeb

Former Neighbours actor Kate Keltie has been diagnosed with aggressive breast cancer at age 36. The ex-actor appeared in the Australian soap between 1999 and 2004 as Holly Valance’s sister Michelle. Keltie was recently given the alarming diagnoses of stage four cancer and told it has spread to her ...

Adele was surprised at a recent gig when a fan used a beauty filter on her face during a close-up video. The multi-award-winning artist is currently performing regularly in Las Vegas as part of her residency at the Colosseum stage at Caesars Palace. In a video posted to social ...


View more: ‘What have you done to my face?’: Adele reacts after fan uses beauty filter during Vegas concert

cartel.jpg Police in six different countries have joined forces to take down a “super cartel” of drugs traffickers controlling about one third of the cocaine trade in Europe, the European Union crime agency has said. Europol said 49 suspects have been arrested during the investigation, with the latest series ...

All asylum seekers who have been trafficked or are “victims” of modern slavery would be sent back to the countries they left, under hardline plans put forward by 50 Tory MPs. The group – led by former cabinet ministers David Davis, Liam Fox and Esther McVey – claims the ...

The voting breakdown following the I’m a Celebrity final has been released. Sunday night’s (27 November) final resulted in ex-Lioness Jill Scott being crowned as queen of the jungle – the series’ first LGBTQ+ woman to win the show. During the show, presenters Ant and Dec revealed that over ...