The chief exec said agents stormed his car at a Hardee's in MinnesotaHe is being investigated over links to prominent pro-Trump election deniersDominion is suing Lindell for $1.3billion over claims they rigged 2020 election

MyPillow chief executive Mike Lindell said FBI agents have seized his cellphone while at a drive-thru restaurant over allegedly breached voting systems across the US.

The businessman, who is a vocal supporter of Donald Trump, has strongly pushed the conspiracy theory that Dominion Voting Systems were rigged by foreign powers to influence the 2020 election in favor of Joe Biden.

Dominion is suing Lindell for $1.3billion, and now his connections to other pro-Trump election deniers is being investigated by the FBI, although the circumstances of the investigation are unclear.

Lindell said on his podcast The Lindell Report how he was approached at a Hardee’s in Mankato, Minnesota, by several agents.

The agents questioned him about Dominion, Mesa County Clerk Tina Peters and his connection to Doug Frank, an Ohio educator who claims voting machines have been manipulated, he said. 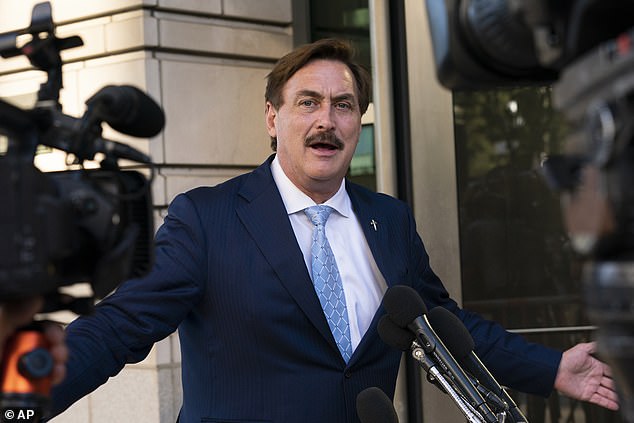 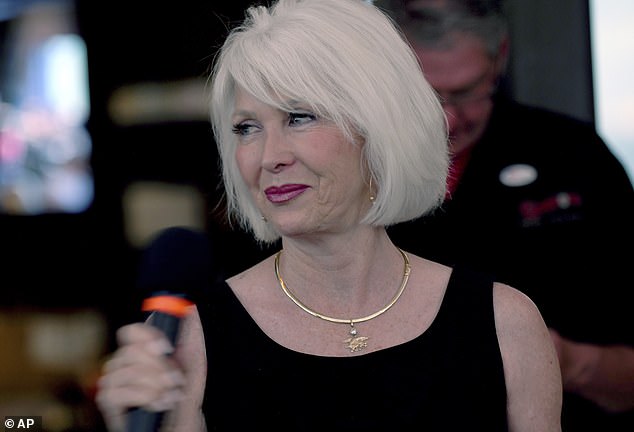 The agents questioned him about Dominion, Mesa County Clerk Tina Peters (pictured) – who was stripped of her job overseeing elections after allegedly breaching election security, and his connection to Doug Frank, an Ohio educator who claims voting machines have been manipulated

The agents then told Lindell they had a warrant to seize his cellphone and ordered him to turn it over, he said.

On a video version of his podcast, Lindell displayed a letter signed by an assistant US attorney in Colorado that said prosecutors were conducting an ‘official criminal investigation of a suspected felony’ and noted the use of a federal grand jury.

The Justice Department did not immediately respond Tuesday night to a request for comment about the seizure or investigation.

‘Without commenting on this specific matter, I can confirm that the FBI was at that location executing a search warrant authorized by a federal judge,’ FBI spokeswoman Vikki Migoya said in an email.

Federal prosecutors have been conducting a parallel investigation alongside local prosecutors in Colorado who have charged Peters with several offenses, including attempting to influence a public servant, criminal impersonation and official misconduct.

The Republican was elected in 2018 to oversee elections in Colorado’s Mesa County. 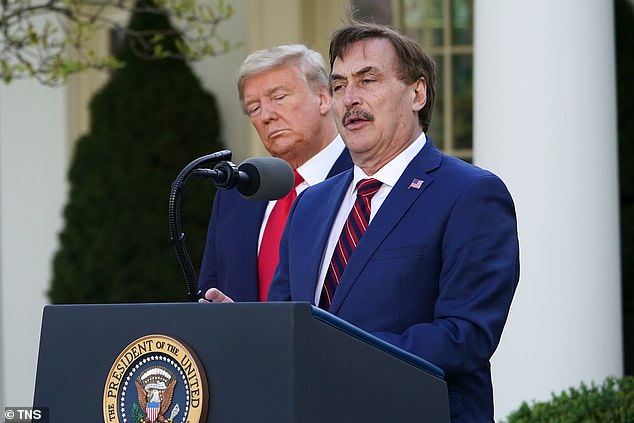 The businessman, who is a vocal supporter of Donald Trump, has strongly pushed the conspiracy theory that Dominion Voting Systems were rigged by foreign powers

A deputy clerk, Belinda Knisley, was also charged in the case, pleaded guilty and was sentenced to two years of probation.

For more than a year, Peters has appeared onstage with Trump supporters who made false claims that the 2020 presidential election was stolen.

The charges against Peters and Knisley allege the two were involved in a ‘deceptive scheme which was designed to influence public servants, breach security protocols, exceed permissible access to voting equipment, and set in motion the eventual distribution of confidential information to unauthorized people.’

State election officials first became aware of a security breach in Mesa County in 2021 when a photo and video of confidential voting system passwords were posted on social media and a conservative website.

Because each Colorado county has unique passwords maintained by the state, officials identified them as belonging to Mesa County, a largely rural area on the border with Utah.

Peters appeared onstage in August 2021 at a ‘cybersymposium’ hosted by Lindell, who has sought to prove that voting machines have been manipulated and promised to reveal proof of that during the event. 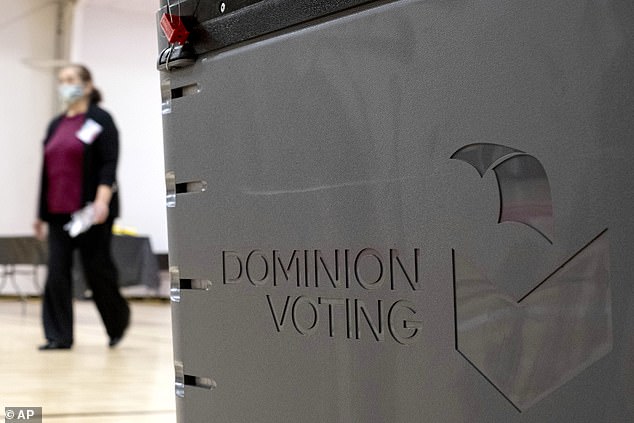 Dominion is suing Lindell for $1.3billion, and now his connections to other pro-Trump election deniers is being investigated by the FBI

While no evidence was provided, a copy of Mesa County’s voting system hard drive was distributed and posted online, according to attendees and state officials.

The copy included proprietary software developed by Dominion Voting Systems that is used by election offices around the country.

Experts have described the unauthorized release as serious, saying it provided a potential ‘practice environment’ that would allow anyone to probe for vulnerabilities that could be exploited during a future election.

Nearly two years after the 2020 election, no evidence has emerged to suggest widespread fraud or manipulation, while reviews in state after state have upheld the results showing Biden won.

The Mesa County breach is just one of several around the country that have concerned election security experts.

Authorities are investigating whether unauthorized people were allowed to access voting systems in Georgia and Michigan.

Lindell said the federal agents had also questioned him about when he first met Frank.

The Ohio math and science educator is among a group of people who have been traveling across the US meeting with community groups claiming to have evidence that voting machines were rigged in the 2020 election.

In court records, prosecutors say Frank met with Peters and members of her staff in April 2021 in her office.

During the meeting, Frank told Peters that the county’s election management system was vulnerable to outside interference and the group discussed concerns the state was going to ‘wipe’ the machines, according to the court records.