Natasha Jonas will attempt to add another world super-welterweight title to her collection when she challenges Marie-Eve Dicaire at Manchester’s AO Arena on November 12. 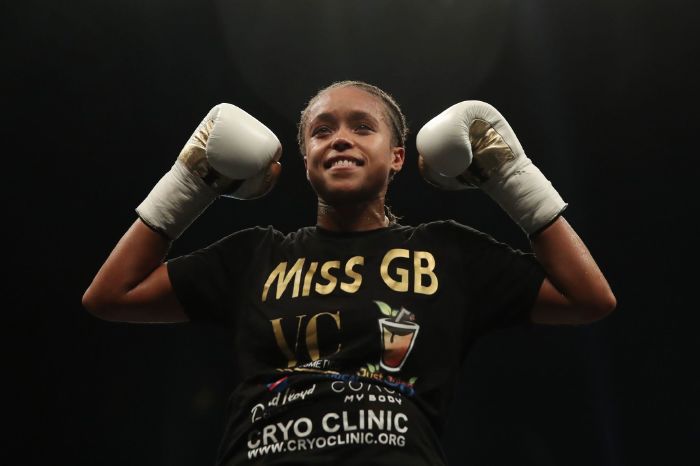 Liverpool’s Jonas will put her WBC and WBO crowns on the line against her Canadian opponent, the IBF champion whose only loss in a 19-fight career came against the decorated Claressa Shields last year.

Dicaire bounced back and reclaimed her world title by knocking out Cynthia Lozano while Jonas has settled quickly at 154lbs, becoming unified champion with wins over Chris Namus and Patricia Berghult.

Olympic bronze medallist Frazer Clarke is on the undercard of an event which is taking place at the same date and venue as Ricky Hatton’s rearranged exhibition against Marco Antonio Barrera.

While the Jonas-Dicaire and Hatton-Barrera cards are being put on by separate promoters, it has been confirmed anyone buying a ticket for one show will be granted free access to the other.

Ursula Coyote/AMC “Breaking Bad” is easily one of the most pivotal shows of the 21st century (via Forbes). In terms of cultural impact, it’s likely that only crime series like “The Sopranos” and “The Wire” have been as iconic as AMC’s drug-dealing drama was. From being critically lauded to ...

The Illinois Fighting Illini will hope to win their first bowl game in more than a decade when they head to Florida for a January showdown against the Mississippi State Bulldogs. The Illini, who went 8-4 on the season, will play the Bulldogs in the Reliaquest Bowl at Tampa’s ...

Around 2,500 dead seals were found off the Russian coast of the Caspian Sea, officials said Sunday. The cause of the stunning mass death was unclear, authorities in the Russian province of Dagestan said, speculating it was likely due to natural causes. Dead seals washed ashore of a Russian coast ...

'Always answers in the right way': Jamie Carragher leads the praise for Jordan Henderson after his consummate display against Senegal was capped with a goal... with midfielder becoming the first Liverpool player to score in Qatar in the process

SCOUT REPORT: England must tackle Kylian Mbappe's blistering pace in the chase for the Golden Boot, Antoine Griezmann's instinct to get the ball and Ousmane Dembele's balance during World Cup quarter-final

When do England play next after beating Senegal at the World Cup?