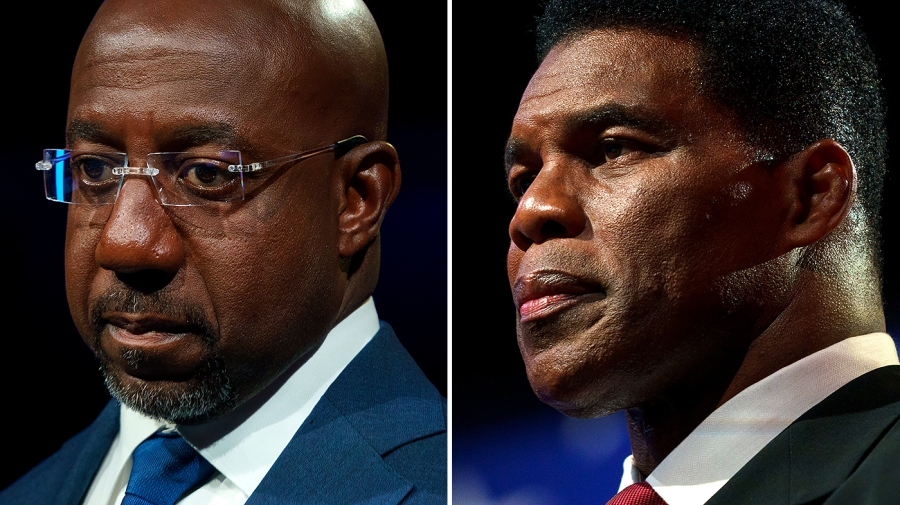 “Ok…looks like we’ve broken the record and the rest is gravy. As of 4:45pm we’ve seen 239,160 voters so far today. Will break a quarter million voters today,” said top Georgia elections official Gabriel Sterling in a Twitter update.

The previous record for an early voting day was around 233,000, a spokesperson for Georgia’s secretary of state told The Hill.

Neither Warnock nor Walker won more than 50 percent of the vote in the midterm general election, kicking the race into a runoff and dragging out the competitive campaigns until Dec. 6.

Democrats have already secured the Senate with 50 seats with Vice President Harris the tie breaking vote. The Georgia race will determine whether they expand their upper chamber majority or whether Republicans keep the Senate at a 50-50 split.

Georgia saw record voter turnout throughout November’s midterm election, and has been seeing similarly staggering figures since the runoff’s early voting period started over the weekend.

More Georgians voted on Sunday than on any Sunday in the 2021 Senate runoff — or in the 2018, 2020 and 2022 general elections, a spokesperson for the Georgia secretary of state confirmed to The Hill on Monday.

Data from the Georgia secretary of state showed more than 181,000 Georgians had already cast their ballots, as of just after midnight early Monday.

Warnock and Walker have kicked their campaigns into overdrive as they vie for the Senate seat a second time. The Democrat had a razor-thin, 1-point lead in the general election.