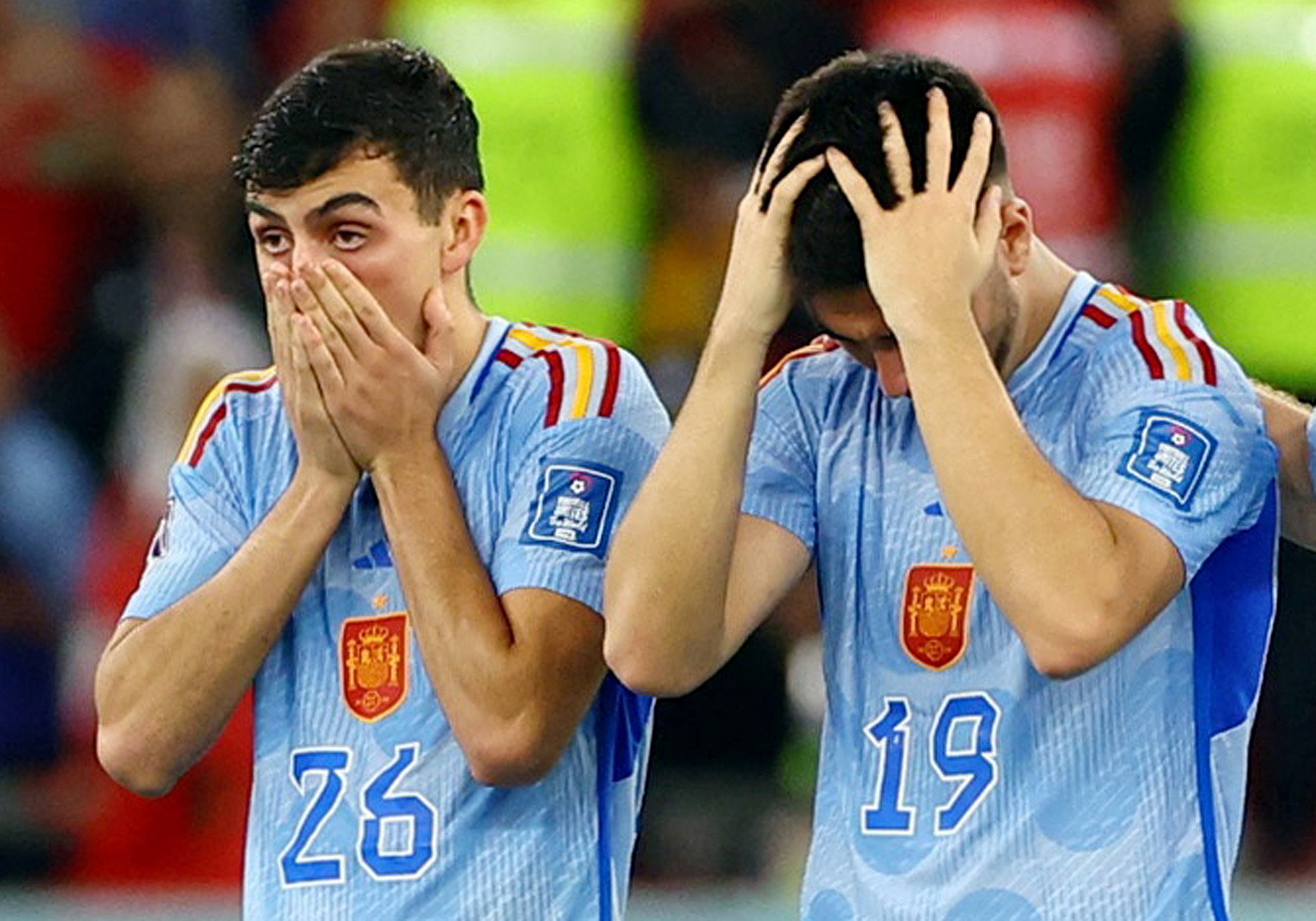 For Spain, this World Cup was supposed to be about optimism for the future, but it has only ended up recalling the pessimism of the past.

A new generation, and new idea, have only succumbed to old problems. So much of this elimination to Morocco recalled the 2018 defeat by Russia, from the fact it went to over 1,000 passes with barely a shot – let alone a goal – and that impotence continuing in a penalty shootout defeat.

Even worse, the defeatism of it recalled the fatalism of Spanish football history, as if the glory era of 2008-12 had never happened.

So much of this is interconnected, though, and why it should influence the future. It was Spain’s academy revolution that was the primary reason for that glory era, directly creating players like Xavi and Andres Iniesta. The conveyer belt has only continued, especially in their successors in Pedri and Gavi. A problem is nevertheless that the process has become so defined that Spain produces too many of this type of player at the expense of everything else.

One of many ironies to this elimination is that Luis Enrique was one of the very first to spot this, as far back as 2014 at Barcelona. He felt that the game was beginning to evolve past that classic Catalan-Spanish possession-pressing approach, and became obsessed with introducing more “intensity”, more directness. He succeeded at Barcelona, and it had looked like he was on the right path with Spain. They had it in the Euro 2020 semi-final against Italy. They had elements of it in Qatar, right up to the 60th minute of the game against Germany when Alvaro Morata scored.

That is one of the elements that should be so frustrating about this elimination. It is as if, after they went ahead against Germany and effectively confirmed qualification, they were arrested by a staleness that not even someone as intense as Luis Enrique could shake them out of. He was manically raging on the line to little effect.

They had no answer to Japan’s response. They had no solution when taking on Morocco.

Luis Enrique had said before the game that the result didn’t matter because, if they persisted with his idea of football, progress and success would come over the long term.

It was remarkable. Some of this is down to Luis Enrique’s own decisions. 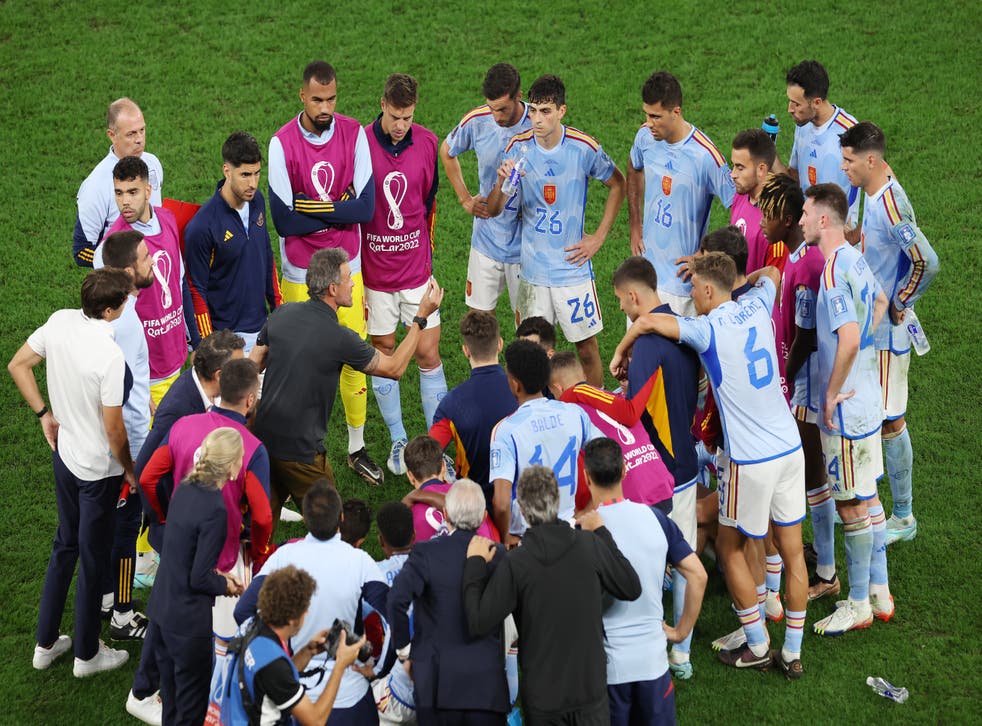 Luis Enrique addresses his players before their shootout against Morocco

He became too dogmatic with selections. In another irony, he started too many midfielders. The XI for the Morocco game looked more like a Pep Guardiola team than a Luis Enrique one, given that seven of the players normally play in the centre. That had the extra effect of ensuring he often started with his weakest forward line, and Ferran Torres one of the most debated inclusions. You could argue that there was some rationale in that, given that it meant Spain’s more ball-playing attackers could help tire an opposition team out before the more direct players such as Nico Williams and Ansu Fati came on. It instead gave Spain too much to do.

The country’s football culture now has a lot to do beyond Luis Enrique. They need their academies to start figuring out how to produce finishers again, although Spain are not unique in that. They are just the country where the problem looks the worst.

They need to take on some of Luis Enrique’s previous ideas.

A final irony to that is that he still looks like the best man for the job, the manager most suited to this in Spain.

He is instead likely to leave, his departure engulfed by criticism that partly comes from his playing career and willingness to go from Real Madrid to Barcelona.

Spain in the meantime leave a World Cup they had a chance of winning. There is always one shock in the last 16.

But this says it all: It isn’t much of a surprise that it was Spain who fell.