A New York State Senator has vowed to try to relocate the New York Jets back to the Big Apple after the team’s lease to play at MetLife Stadium – it’s home since 2010 – expires in 2025.

Joe Addabbo, a Democrat representing New York City’s 15th district in central and southeastern Queens, is hoping the NFL franchise will pick up on the chance to go back to its roots in 2025 before having to wait until 2030 for the next opportunity to come around.

‘I don’t know if that’s the hurdle you can’t overcome to realize the revenue and jobs that would come with bringing the Jets back,’ Addabbo told Legal Sports Report. ‘The Jets coming back to New York would be monumental.

Gang Green first played at the Polo Grounds in Manhattan from 1960 to 1963 before moving to Shea Stadium for the next 20 years. The team then relocated to Giants Stadium in 1984 before agreeing to form a 50/50 joint venture with New York’s other team to call MetLife Stadium home since 2010.

However, both teams can opt out of their current lease in three years if either file a 12-month notice with the state of New Jersey.

‘This is a huge, Herculean longshot, I get that,’ Addabbo further said. ‘But I hate missed opportunities.’ 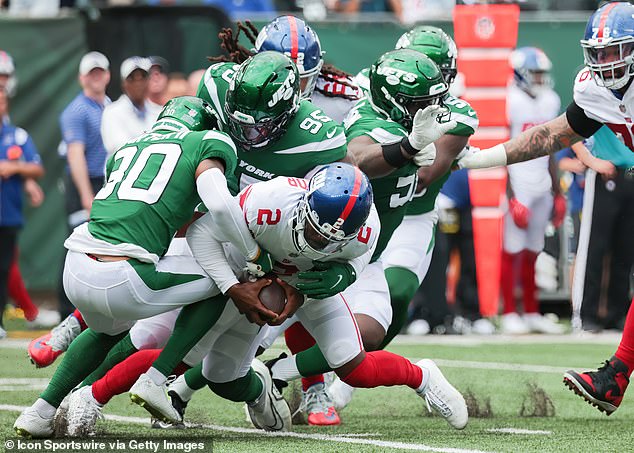 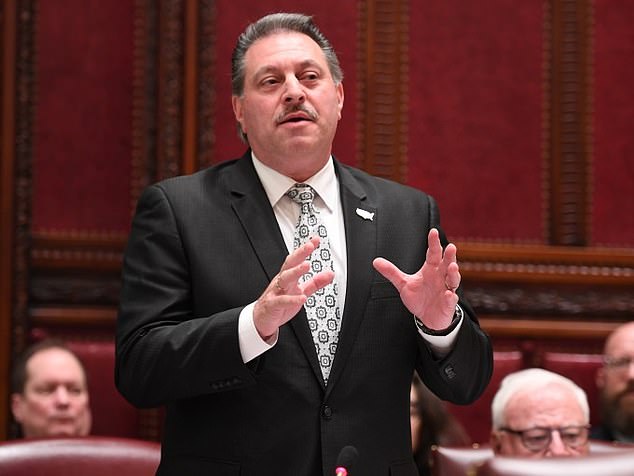 Queens has several ties with the city’s sports history. Shea Stadium stood tall in the borough from 1964 until its closing in 2008. Citi Field – the Mets’ home since 2009 – is now the area’s biggest sporting complex.

The Jets have not played a single home game in New York City for 39 years (since 1983) and the Giants for 47 (since 1975) but both teams associate themselves with America’s largest metropolitan in every way.

‘Personally, it pains me to see the Giants and Jets called the ”New York Jets” and ”New York Giants” – even with the Giants having ”NY” on their helmets – playing in Jersey. It pains me,’ Addabbo said. 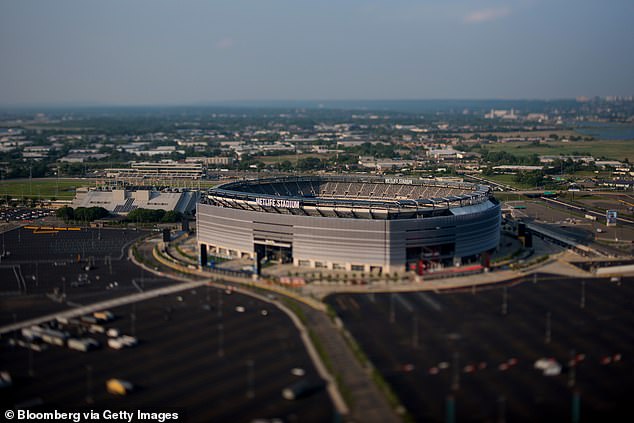 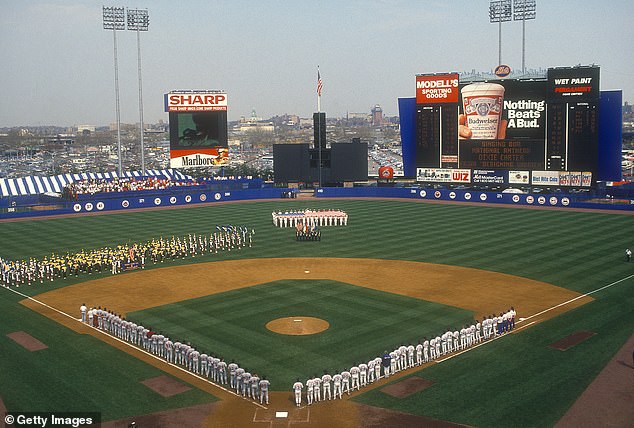 A project that could help the New York State senator’s dream come true is the upcoming construction of a stadium near the Citi Field/Willets Points area in Queens for New York City FC (NYCFC). 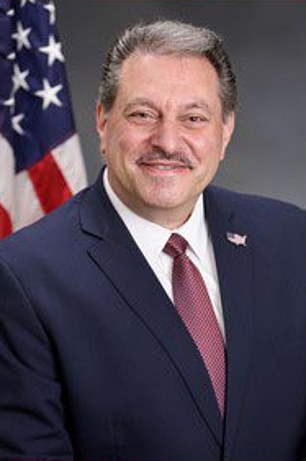 Addabbo, 58, was once a member of the New York City Council in the early-to-mid 200s when there were talks to build a stadium on the west side of Manhattan that would’ve been part of the New York’s bid to host the 2012 Olympic Games

The 25,0000-seater is supposed to be completed by 2027 and will also have 2,500 affordable housing units and a hotel built near it. Furthermore, Mets owner Steve Cohen is pushing for a casino to be built nearby if he obtains a license for its establishment.

For now, though, no plans of a football stadium to be built in New York City’s second most-populated borough, but Addabbo isn’t giving up on the idea.

‘If you’re building a stadium — and I know it’s only 25,000 seats — but if you’ve got that kind of incentive to build a stadium, if the opportunity is there with the land and the expiring leases, we can connect the dots, why miss this opportunity?’ said the 58-year-old.

‘They’d have their own stadium, a newer, more technologically advanced stadium, with all-new amenities and everything. To go into a brand-new stadium as the New York Jets and the marketing behind it, that just blows it out of the water.’

‘And the original residual effect, at least to me, in terms of online sports betting… Imagine if New Yorkers actually got to bet on an actual New York football club called the New York Jets. I think it’s that much more of an enticing business that we would have for online sports betting.’ 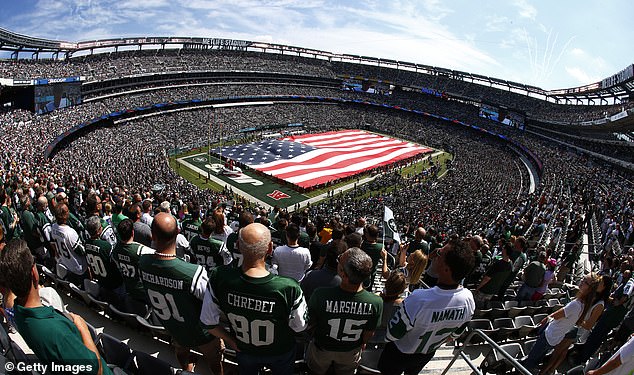 The Jets have not played a single home game in New York City for 39 years, ever since 1983

Prior to MetLife Stadium’s construction, a proposal to build a stadium on the west side of Manhattan 2008 was on the agenda of New York legislators.

The stadium would’ve subsequently been the Jets’ prime home and would’ve been included in New York City’s bid to host the 2012 Olympic Games before London won the contest.

The prospective stadium’s new grounds are now in Hudson Yards after talks to revive the proposal emerged in the mid-2000s when Addabbo was on the City Council.

Big Happiness Interview: Pete Mosley on why being ‘quiet’ can make you happy

Arnold set to lead Socceroos to next WC

There is 'nowhere better' than Australia

Anna Kendrick 'over the moon' with directorial debut

Christina Ricci on Academy Review Amid Andrea Riseborough Nomination: 'If It’s Taken Away Shame On Them'

New additions for the first coronation in the ‘global digital age’

‘It was all for nothing’: Chinese count cost of Xi’s snap decision to let Covid rip

Jim Chalmers ‘laying out his agenda’ in manifesto

Australian Open men's doubles champion Jason Kubler speaks about his partnership with Rinky Hijikata, how they came together and the future

Switching to MacBook Air caused me some issues, but it was worth it

I love the UK. But I’m glad I’m running my small business in the US

Elena Rybakina: Stop criticising my coach for shouting at me

Negroni sbagliato: the ‘wrong’ negroni was no accident – and it tastes fantastico

Downpours to threaten flooding across Southeast

Changes to family law system on the cards

Our Body Temps Have Been Dropping For 160 Years. Gut Microbes May Be Playing a Role

Boris Johnson thought to be planning move to Oxfordshire

‘They miss out’: soaring rents and insufficient support force more uni students to live with parents

'How can I pay wages?': Western Sydney businesses on the brink of collapse over light rail construction