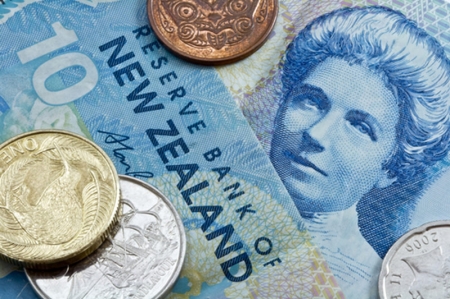 Investing.com– New Zealand’s consumer price index remained pinned to a 32-year high in the fourth quarter, heralding continued pressure on the economy from historically high price pressures, although the reading did come below the Reserve Bank’s expectations.

CPI inflation grew an annualized 7.2% in the three months to December, data from Statistics New Zealand showed on Wednesday, remaining steady from the prior quarter and slightly beating expectations of 7.1%. The index remained at its highest level since June 1990.

On a quarterly basis, inflation grew 1.4%- slightly more than expectations of 1.3%, and less than the September quarter’s reading of 2.2%.

Food price inflation continued to be among the biggest drivers of price pressures, given that the country imports a bulk of its food requirements. Increased house construction and household utilities costs also factored into the inflation increase.

But the annual inflation rate was lower than the 7.5% jump forecast by the Reserve Bank of New Zealand (RBNZ). This could see the central bank taper its aggressive pace of interest rate hikes in the coming months, after it hiked borrowing costs by a cumulative 400 basis points (bps) from a record-low 0.25%, starting from October 2021.

The bank had also increased rates by a steep 75 bps in November, partially also front-loading its rate hikes ahead of the summer holidays. The RBNZ was also among the first central banks to begin tightening policy in the face of steep increases in inflation due to pandemic-era stimulus measures.

But slowing economic growth in the country, amid weak consumer spending and business confidence has driven expectations that the central bank will likely join some of its global peers in slowing its pace of rate hikes in the coming months.

Still, Wednesday’s reading also shows that more rate hikes are warranted in order to bring inflation within the RBNZ’s 1% to 3% target range.

Student suicides on the rise – DepEd

NEA aims to achieve 100% electrification in the country by 2028


View more: NEA aims to achieve 100% electrification in the country by 2028

Bongbong Marcos at US-Philippines Society courtesy call Jan. 30, 2023 The Philippines is set to reach the “upper-middle” income very soon, President Ferdinand “Bongbong” Marcos Jr. said on Tuesday. Marcos said that he just rolled out the Philippine Development Plan that would serve as the “blueprint” of the country ...

Comelec to roll out mall voting in October

THE Commission on Elections (Comelec) will pilot test mall voting in October during the Barangay and Sangguniang Kabataan Elections, the poll body’s chairman, George Erwin Garcia, said on Tuesday. “We can do it now. We plan to do it in five malls in Metro Manila,” Garcia said. If the experiment ...


View more: Comelec to roll out mall voting in October

Strong Group inches closer to a sweep of the group stage play after hammering Al Wahda-Syria, 87-61, for its third straight win in the 32nd Dubai International Basketball Championship early Tuesday morning at the Al Nasr Club. NBA veteran Shabazz Muhammad erupted for 37 points, to go along with 11 ...

MRT-3 petition for fare rate increase The Metro Manila Transit Line 3 (MRT-3) has filed a petition to the Rail Regulatory Unit of the Department of Transportation (DOTr) for a fare rate increase from P4 to P6 due to lack of income, according to Joseph Morong’s “24 Oras” on ...

PNP chief Gen. Rodolfo Azurin Jr. File Photo THE Philippine National Police (PNP) continues to go all-out in its whole-of-nation approach to address the problem of drug supply and demand in the country, specifically in reforming illegal-drug users who have surrendered to authorities since 2016 to undergo treatment and ...

Are you back to working in the office? Don’t worry, you’re not alone! According to Forbes, 2023 will be the year of the return to office. Fortunately, many companies are still implementing a hybrid setup amid the pandemic. This flexible work setup has sparked a new fashion trend called ~*workleisure*~. Much like the ...


View more: 'Workleisure' Is The New Fashion Trend That You Need To Know About

Get To Know The Cast Members Of 'Single's Inferno 2'

DOH: Philippines’ COVID-19 restrictions to ease even as WHO extends public health emergency

Report: Volkswagen to build its own version of the Ford Everest?

Ask an expert: Is clove good for hair treatments?

A world of demographic booms and busts

13 rescued from distressed boat off Quezon

Frozen yogurt vs Ice cream: Which is healthier? Find out what the experts say

The return of the balintawak

Eala bows out in first round of Thailand Open

Dozens of kidnap, other crimes linked to POGOs

Diversity and inclusion in shipping

BBM's travels and the new bromance with China