NFL Show: how to watch American football in UK, channel, why has Laura Woods replaced Dan Walker as presenter?

After seven years of the BBC hosting various throughout the year, ITV have now signed a new partnership, seeing an end to the BBC’s coverage.

It was announced on Tuesday 16 August 2022 that ITV had aquisitioneed the NFL show on a three-year basis and they’re now set to show official coverage of for the first time since 2007.

The NFL is currently in its third week of pre-season fixtures with the Seahawks and Bears playing later tonight (Friday 19 August 1am BST) before the other franchises play their third fixture this weekend.

The Los Angeles Rams will be hopeful of having another successful run this year after surprising the NFL world by winning the. 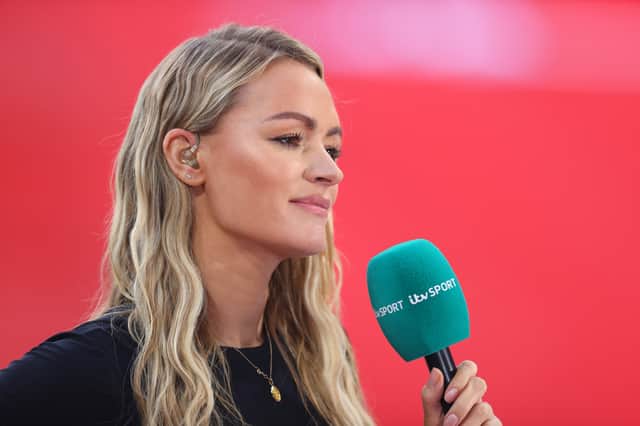 The Rams achived a 23-20 win over the Cincinnati Bengals with the Rams receiver Cooper Kupp being named as Super Bowl MVP due to his eight catches for 92 yards and two touchdowns, one of which was the game-winning 1-yard score with only 1.29 minutes remaining.

This was the first time since 2000 that the Rams had won the precious Lombardi Trophy.

After seven years of BBC coverage, ITV will now host a weekly highlights show on a Friday evening and three live matches.

These include the Super Bowl and two of the season’s three London Games. Laura Woods will host the programme along with the current presenters of the BBC programme, Osi Umenyiora and Jason Bell who are making the transition across to ITV.

The first of these weekly highlights shows will be on Friday 9 September 2022 and will air at 11.30pm BST after the Rams’ opener against Buffalo Bills which takes place the night before.

Fans will be able to catch up on these games through the ITV Hub.

What has been said?

Dan Walker had previously been the presenter on BBC’s showing of the NFL and took to Twitter to congratulate the new host on ITV: “You may have seen the news about the NFL show moving to ITV. It was always one of my favourite shows to do.

“We’ll stay great friends and we’re proud of the awards the show won, the record viewing figures and stacks of lovely messages we got every week from the loyal NFL fans all over the UK. I want to wish ITV Sport all the best and I know that in Woods they have one of the best in the business.

“It will only get better with her at the helm. I’ll be watching and, as the boys would say ‘keep ballin’”.

In a statement that was published on the NFL’s official website, Woods added: “I’ve been a fan of the NFL for many years, so, with the new season just weeks away, I’m thrilled to be part of the team that will bring ITV viewers its best action and biggest stories each week.”

How to watch LIV Golf Bangkok today: Start time, tee times, stream info and how to watch on DAZN

How to watch LIV Golf Bangkok today: Start time, tee times, stream info and how to watch on DAZN LIV Golf returns for the next event as they leave the United States, this time for Stonehill Golf Course in Bangkok, Thailand today. DAZN  is showing all three rounds, with the ...

Four More Shots Please Season 3 premiere: When, where and how to watch Emmy-nominated Amazon Original series!