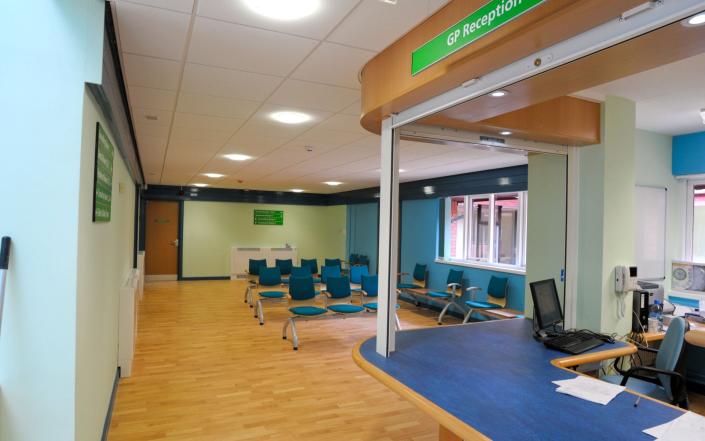 The NHS has set aside £1.3 billion to cope with compensation claims arising from the pandemic this year with claims for treatment delays, cancellations and misdiagnosis expected.

An annual report from NHS Resolution, which deals with patient disputes, shows that the health service anticipates it will need to pay out more than a billion pounds this financial year to settle claims arising from poor service during Covid.

The sum is more than double the previous year, and the report states that the “main driver” of the increase “is the indirect impacts of Covid-19 of delays, cancellations and misdiagnosis reflecting longer waiting lists”.

Since April, England and Wales have experienced more than 28,000 excess deaths unrelated to Covid, with heart problems, diabetes and cancer deaths rising significantly.

“We must also be transparent, coming out of Covid, around excess deaths,” he told the Spectator Health Summit.

“We know from the data that there are more 50 to 64-year-olds with cardiovascular issues. It’s the result of delays in that age group seeing the GP because of the pandemic, and in some cases not getting statins for hypertensives in time. When coupled with delays to ambulance times we see this reflected in the excess death numbers.”

Experts believe that many of these deaths will have arisen because people were not diagnosed or treated promptly as the NHS effectively shut down in 2020 for conditions other than Covid.

Some warned that the figure for medical negligence could be even higher than anticipated.

Professor Gordon Wishart, chief medical officer at Check4Cancer and Visiting Professor of Cancer Surgery at Anglia Ruskin University, said: “The negative impact of Covid restrictions on other time-critical conditions such as cancer and cardiovascular disease has been predicted since April 2020, with significant harm expected in many patients from delays to diagnosis and treatment.

“The fact that NHR Resolution has set aside £1.3 billion pounds for future clinical negligence claims is an acknowledgement that the unintended consequences of Covid restrictions will continue for some time, and that these claims are likely to succeed.

“Given the current scale of excess deaths from many conditions including cancer and cardiovascular disease, £1.3 billion pounds may not be enough.”

Law firms told The Telegraph that they were already being contacted by the families of patients who had lost loved ones through delayed diagnoses or treatment.

Jackie Linehan, legal director at clinical negligence specialists Enable Law, is representing the family of a man who was told he required urgent heart surgery in April 2020.

But despite guidance from the Royal College of Surgeons that such operations could only be safely postponed for four weeks, his surgery was postponed until the end of the year and he died in June 2020.

“Cases like the one referenced above are shocking and incredibly hard for those that are close to the patient to come to terms with,” said Ms Linehan.

“We anticipate the number of claims relating to deaths and avoidable injuries to increase because of the delays in treatment throughout 2020 and 2021.

“A lot of individuals are only just realising the consequences of not being seen much sooner.”

In the NHS Resolution report, the body said it was making IBNR (Incurred but not reported) provision of £1.3 billion “for new Covid-19 risks and potential claims” in 2021/22.

IBNR is a reserve account used for claims or events that have transpired but have not yet been reported. In the previous year, the NHS set aside £500 million for claims relating to the pandemic.

The report said it was expecting £300 million to be knocked off overall compensation payouts because of ‘lower activity’ in the NHS in 2020/2021.

Last week the Telegraph reported how excess cancer deaths were on the rise with hundreds more people dying each month than expected in England.

International law firm RPC said that patients who have had to wait for cancer referrals and treatment could seek six-figure compensation payouts, and warned that upcoming strikes could add to the financial burden on the NHS.

Partner Sian Morgan said: “We know that during the pandemic fewer patients were receiving treatment for cancer, whether that was because cancer screening was so disrupted, cases were de-prioritised or because there was a reticence by some to seek medical advice during lockdown.

“The backlog of cancer cases that the NHS faces now is concerning, especially since the usual winter pressures on services are upon us which will likely be compounded by the nursing staff strikes.

“Receipt of timely treatment is critical in impacting prognosis and life expectancy in many cancers, and those who have had to wait for medical intervention may well seek compensation by bringing negligence claims.”

Analysis suggests that at least 22,000 fewer patients have undergone cancer treatment than would have been expected since the start of the pandemic.

‘Cancer community warned of this’

Professor Pat Price, head of Radiotherapy UK and co-founder of the #CatchUpWithCancer campaign, has called on the Government to publish its cancer plan urgently.

“The cancer community has been warning about the dire consequences of the backlog for some time,” she said.

“The backlog has resulted in delayed diagnoses, record-breaking waiting lists for lifesaving treatment, and a front-line workforce on their knees.

“It is heartbreaking to hear stories of continued delays to diagnoses and treatments, and to see crucial cancer treatment services, such as radiotherapy, being overlooked.”

Dr Charles Levinson, medical director of DoctorCall, added: “Many people feel rightly let down by a tunnel-vision focus on one virus, from which the negative effects will be felt for decades to come judging by the dreadful levels of non-Covid excess deaths and these anticipated figures. Financial compensation will only go so far.”

NHS Resolution said that £470 million provision had been made for direct claims relating to the treatment of Covid, an increase of £120 million.

A further £610 million had been apportioned for indirect claims relating to delays and misdiagnosis, up from £310 million the previous year. The remaining amount was for other reasons such as vaccination administration.

“These estimates are based on very limited claims data given the time lag between incidents occurring and claims being received in clinical negligence cases, and therefore actual experience may differ quite significantly,” said a spokesman.