The author had accused the Scottish First Minister of being a ‘destroyer of women’s rights’. 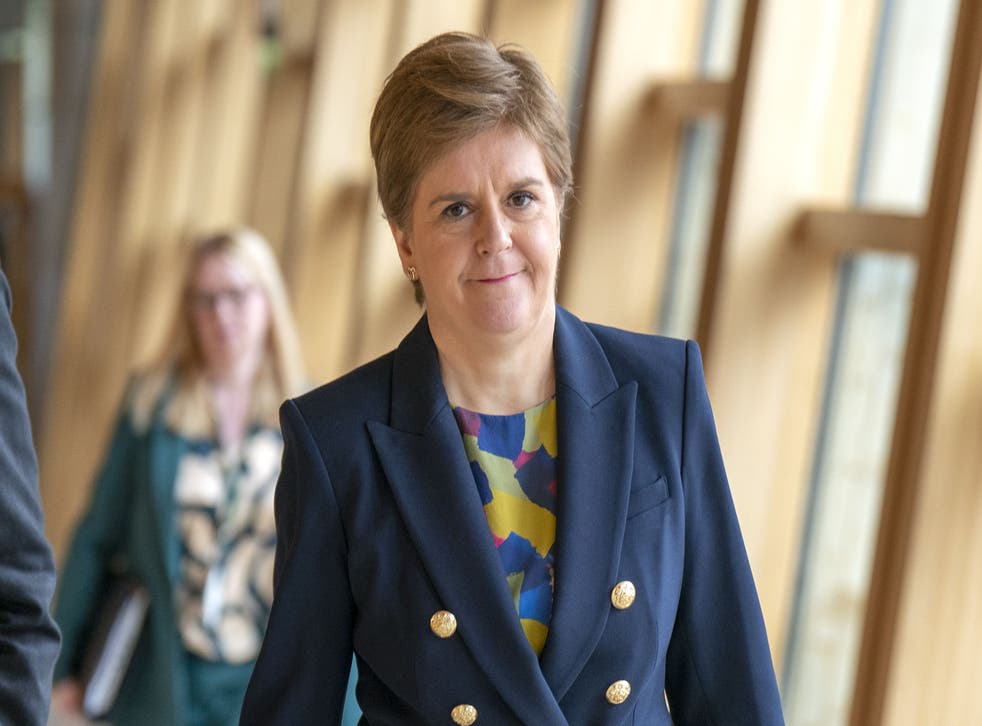 Nicola Sturgeon has denied she is a “destroyer of women’s rights” after author JK Rowling wore a T-shirt bearing the accusation.

The First Minister described herself as a “passionate feminist”, when asked about the attack during a media round on Friday.

Rowling, who has been outspoken in her views on gender issues, shared a photo of herself wearing the garment in support of a protest outside Holyrood on Thursday against the reform of the Gender Recognition Act.

The Gender Recognition Reform (Scotland) Bill, which is currently making its way through Holyrood, would drop the need for a medical diagnosis of gender dysphoria, as well as reducing the time a person would be required to live in their acquired gender from two years to three months – though there would be a three-month “reflection period”.

A majority of MSPs on the Equalities, Human Rights and Civil Justice Committee of the Scottish Parliament voiced their support for the general principles of the Bill in a report released on Thursday, with the first vote on the legislation due for the end of this week.

The Harry Potter author showed her support on Twitter for the more-than 100 strong protest outside Holyrood, which featured speakers including former Scottish Labour leader Johann Lamont.

Alongside the photo, she wrote: “I stand in solidarity with @ForWomenScot and all women protesting and speaking outside the Scottish Parliament. #NoToSelfID.

Speaking on the BBC’s Today programme ahead of the SNP conference in Aberdeen, the First Minister was asked if she is a destroyer of women’s rights.

She said: “No, I’ve spent my entire life campaigning for women’s rights and I’m a passionate feminist with lots of evidence behind that.

“I respect people’s views on this – people are entitled to express their views however they wish.”

She said the Bill is about “reforming an existing process” and “doesn’t give any more rights to trans people and it doesn’t take any rights away from women”.

Any man who seeks to abuse any process to attack women, we should deal with that, we shouldn’t stigmatise further an already stigmatised group of people

She said the threat to women is not trans women, but predatory men.

“Any man who seeks to abuse any process to attack women, we should deal with that, we shouldn’t stigmatise further an already stigmatised group of people,” she said.

“This is a statutory process, there are criminal implications for anybody who abuses that – it is not a process without significant conditions attached to it.”

The current process, the First Minister added, is “stigmatising, it’s traumatic, it’s asking people to effectively prove they are mentally unwell”, adding that anyone caught abusing the process outlined in the new Bill will be committing “a criminal offence”.

She went on: “There are many, many real threats out there to women right now, from attacks – physical attacks, attacks of sexual violence to the removal of abortion and reproductive rights – women in countries like Iran are going through.

“There are no shortage of attacks on women that feminists, real feminists, as I consider myself to be, should be focusing on right now.”