Queensland Police Commissioner Katarina Carroll has admitted that the lack of resources allocated to a dedicated domestic and family violence command is a “not a good look”.

Ms Carroll made the admission during an inquiry into the Queensland Police Service’s (QPS) response to domestic and family violence at Brisbane Magistrates Court on Thursday.

The Domestic Family Violence and Vulnerable Persons Command was established after the death of grandmother Doreen Langham at the hands of her ex-partner in February 2021.

There are just 16 permanent staff dedicated to the command – 11 less than the media and communications team. 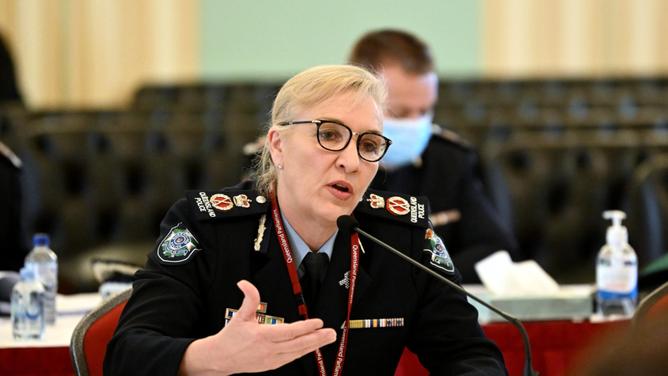 “That is not a good look,” Ms Carroll said.

“My priority has been to put as many boots on the ground as possible,” Ms Carroll said, referring to frontline police who work on domestic and family violence cases every day.

A training manual being prepared by the command to assist frontline forces with DV cases has been delayed and is not expected to be completed until October 2022 – more than 18 months after the command was established.

“Yes, it does cause me concern,” Ms Carroll said.

“I didn’t know that there was extensive delays.” 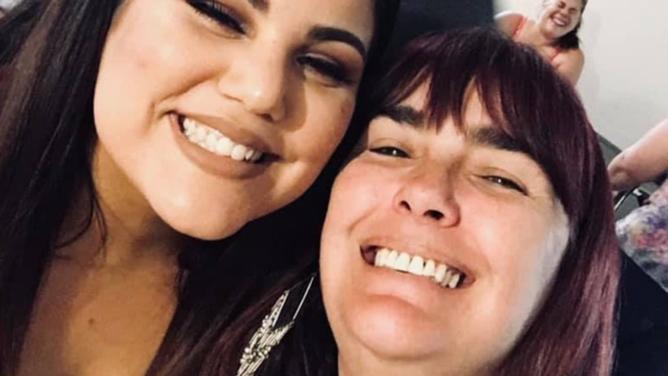 When asked if she would now address the resourcing issues within the DVF Command, Ms Carroll said, “definitely”.

Ms Carroll’s comments come after she earlier said an inquiry wasn’t warranted, saying it was expensive and unnecessary.

“It’s extraordinarily costly and we are already undertaking most of the recommendations that have been nominated in the report,” she said at the time.

More than 75 people, including current and former officers and DV service providers, have given evidence in Brisbane and around regional Queensland.

Police have admitted their colleagues have gone to great lengths to avoid domestic violence jobs, including turning women away at the counter and even lying about the severity of a complaint to their superiors.

EA is Teasing a New Need For Speed Announcement

Home Improvement Trends To Watch for in 2022

11 Things You Should Never Clean with Dish Soap

OlliOlli World Is Getting A Physical Switch Release, Except It Isn't

Another strong month for Game Pass.

Australians need to be “careful” with their spending this Christmas or risk their mortgage payments as the RBA lifts the cash rate by 25 basis points. Not only does a Christmas budget blowout threaten those who already have a mortgage, but Australians who are looking to purchase a home next ...

The upcoming Guilty Gear Strive cross-play beta will be completely free for everyone to try, developer Arc System Works has confirmed. So, even if you don’t own the game, you can grab the beta from the PlayStation Store and give it a go on PS5 and PS4. The beta ...


View more: Guilty Gear Strive Cross-Play Beta Will Be Free for Everyone to Try Later This Month

Face A Player-Controlled Demon In VADE RETRO: EXORCISM This Halloween

Bringing a game that allows players to face a demon is one thing, but when you put three players with specific roles together against one player that can fully control the demon, you have something interesting. Indie developers Forceight Games are about to release their new player-verse-player title Vade ...

10 Amazing Before and After Kitchen Remodels

Scientists Identify Surprising Factors That Can Protect You Against Cognitive Decline

Even The Medium Is Getting Adapted for a TV Show

‘Three-peat’ La Niña Predicted; Forecasters Say This Is the Third in a Row for the Pacific Ocean To Be in This Weather Cycle

15 Foods That May Help Flatten Your Belly

Unreleased 'Dune' GBA Game Is Finally Available To Buy, But With A New Name

A hacker has managed to jailbreak the PlayStation 5

There's Not Just One Type of Depression

Find Yourself Waking Up in the Middle of Night? Biphasic Sleep Might Be for You

Zendaya’s 'millennial' glam makeover is the perfect look for autumn

Feeling Anxious? Experts Explain Why You Should Really Give Meditation a Try

Pixel Watch: Take a look at the hands-on photos before the official launch

Girl in hospital after ‘disgusting’ assault in Darwin

When will Boris Johnson be quizzed? Who else will be involved? And how long will it take? EVERYTHING you need to know about the Covid inquiry as delayed probe FINALLY kicks off

'I'm not standing for it': MAFS UK star George has a tense stand off with Adrian before explosive letter task sees his relationship with April slammed as 'fake' in pre-recorded footage before his arrest

Unable to speak and fed by tubes: Rolf Harris' sorry life is revealed as the convicted paedophile is put 'under 24hr care' while battling neck cancer - and what sparked his sudden downturn

Nothing Ear (stick) reveal happening on October 26 — Time to ditch the AirPods?