Despite a dominant straight-set win setting up a semi-final against Daniil Medvedev at the Astana Open, Novak Djokovic feels there's room for improvement. 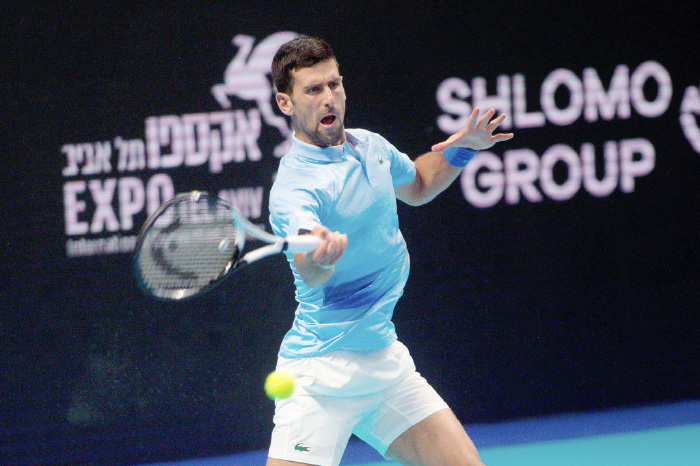 Djokovic beat Karen Khachanov 6-4 6-3 in 88 minutes to advance to his sixth semi-final of the season.

“I didn’t play as well from the baseline as I did in the first two matches, but still it was enough,” world number seven Djokovic told the ATP Tour’s official website.

“I managed to produce some good tennis when it was the most needed in both sets. I always expect highs from myself. Hopefully I can elevate still the level of my game because it’s going to be needed, obviously.”

“I am really happy to play against Novak,” Medvedev said in his on-court interview.

“I thought about it before the match and we have only played one tournament together this year, which was Roland Garros.”

The other semi-final will be between Andrey Rublev and Stefanos Tsitsipas.

Rublev eased past Adrian Mannarino 6-1 6-2, while Tsitsipas also won in straight sets with a 7-6 (8) 6-3 victory over Hubert Hurkacz.

At the Japan Open, Nick Kyrgios pulled out of his quarter-final with Taylor Fritz just minutes before the match was due to start because of a knee injury.

“It’s heart-breaking,” Kyrgios said in a press conference. “I’ve been playing amazing tennis all year and actually was dealing with a bit of a knee issue around the US Open time.

“I got back home and probably didn’t take enough time off, to be honest. I went straight back into training.”

Fritz will face Denis Shapovalov, a 6-4 6-3 winner against Borna Coric, in the last four.

Francis Tiafoe and Kwon Soonwoo will meeting in the other semi-final after respective straight set wins over Miomir Kecmanovic and Pedro Martinez.


View more: Saudi Arabia coach Herve Renard DENIES that his players will be gifted a Rolls-Royce each by the country's royal family after their fairytale win over Argentina - as he insists their only goal is to reach the World Cup's last 16


View more: PLAYER RATINGS: England captain Owen Farrell couldn't get going during defeat to South Africa while Kyle Sinckler struggled to deal with the Boks... but Kurt-Lee Arendse was outstanding on the wing

Dillian Whyte vs Jermaine Franklin live stream: How to watch fight online and on TV tonight