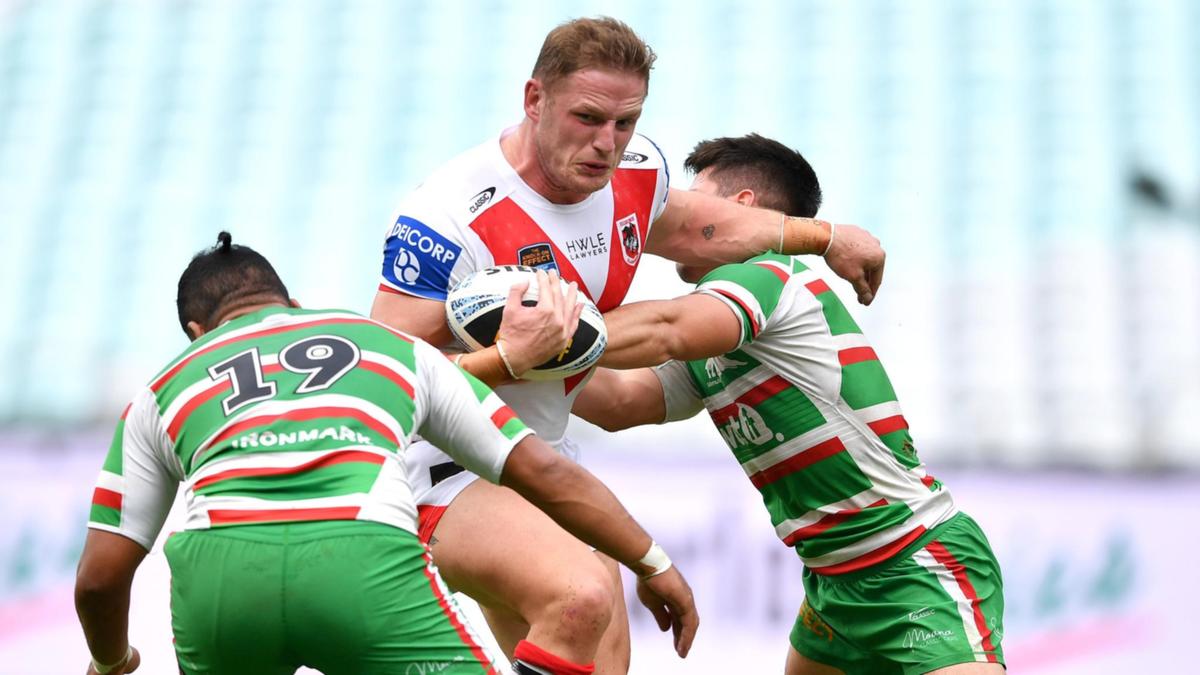 The end of George Burgess’ NRL career is official after the English prop announced his retirement from rugby league overnight.

Burgess was released by St George Illawarra, where he played just four games in 2022, last month after a drama-filled first year back in the NRL.

The 30-year-old had earlier been placed on a “leave of absence” to deal with personal issues, and it was subsequently revealed the 30-year-old was dealing with a police matter

A premiership winner at South Sydney, Burgess’ career will end with 153 NRL games as well as 15 Tests for England. He cited injuries as the reason for his retirement.

“It is with a heavy heart that I officially announce my retirement from rugby league,” Burgess posted on Instagram.

“It has been a dream come true to live out my boyhood dream and represent my family and country through my time especially at South Sydney and England.

“Unfortunately, injuries ended my career before I would’ve liked but I am a happy man walking away from this beautiful game with my achievements.

“I want to thank all my coaches and teammates over the years who have helped me, along with my loving family and wife @joanna.m.burgess.

Burgess, who left Super League side Wigan in 2021 to return to the NRL, will face court in February next year after being charged with sexually touching another person without consent in March.

Burgess is set to fight the charge.