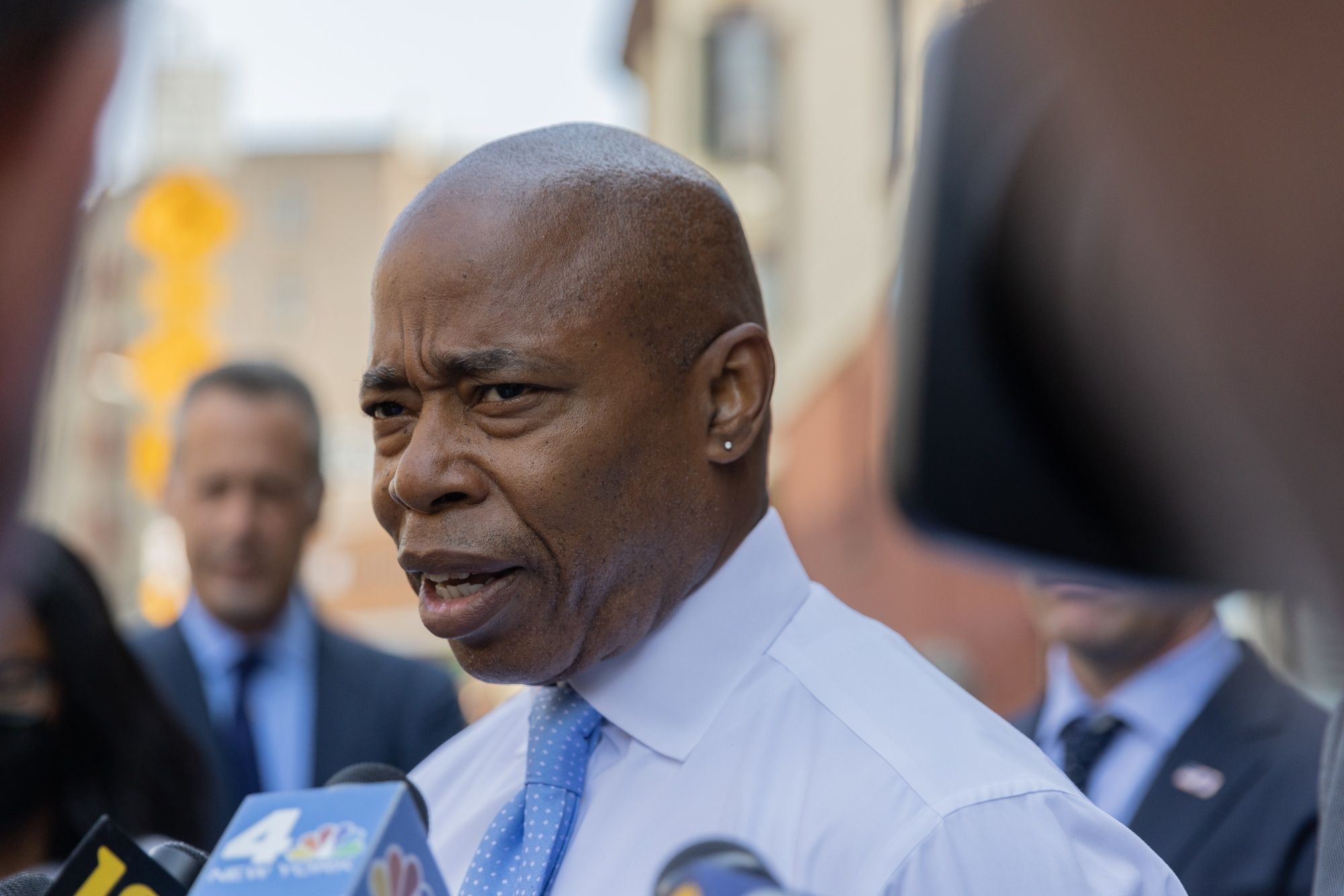 Eric Adams, mayor of New York, speaks to member of media during a tour of a cooling center opened at a public library during a heatwave in the Washington Heights neighborhood of New York, US, on Thursday, July 21, 2022. An expanse of heat spread across the central and eastern US, bringing New York its longest streak of hot weather of the season.

(Bloomberg) — New York City’s transit chief and three other top police officials announced their retirements on Thursday, creating turnover in the top ranks of the department as Mayor Eric Adams tries to focus the department on subway crime and removing people with mental health issues from city streets.

The departures come amid a push announced by Adams this week to involuntarily hospitalize people who are considered too mentally ill to take care of themselves.

Adams has been trying to make the subway system feel more safe for riders in a system that’s recovered only 65% of pre-pandemic ridership. He’s announced plans to blanket train stations with 1,000 more police officers and aggressively pursue low-level offenses.

Among the New York Police Department officials departing are transit head Jason Wilcox, a 35-year veteran who ran point on policing the subway at the city combated a spate of high-profile incidents this year.

Wilcox and O’Reilly were appointed to their roles this year.

Police Commissioner Keechant Sewell said the four were dedicated public servants with nearly 150 years of combined experience. “It was a privilege to serve alongside each of them, and I wish them all the best in their future endeavors,” she said.

The city’s top uniformed police officer, Chief of Department Kenneth Corey, also left the NYPD this week after more than 30 years. He announced his retirement in October.

–With assistance from Fola Akinnibi and Skylar Woodhouse.