The Giants aren’t American Airlines: they still want Odell Beckham Jr. on board.

The team still plans to host OBJ on Thursday and Friday for a free agent visit, even though Beckham was escorted off a Sunday flight from Miami to Los Angeles, the Daily News has learned. 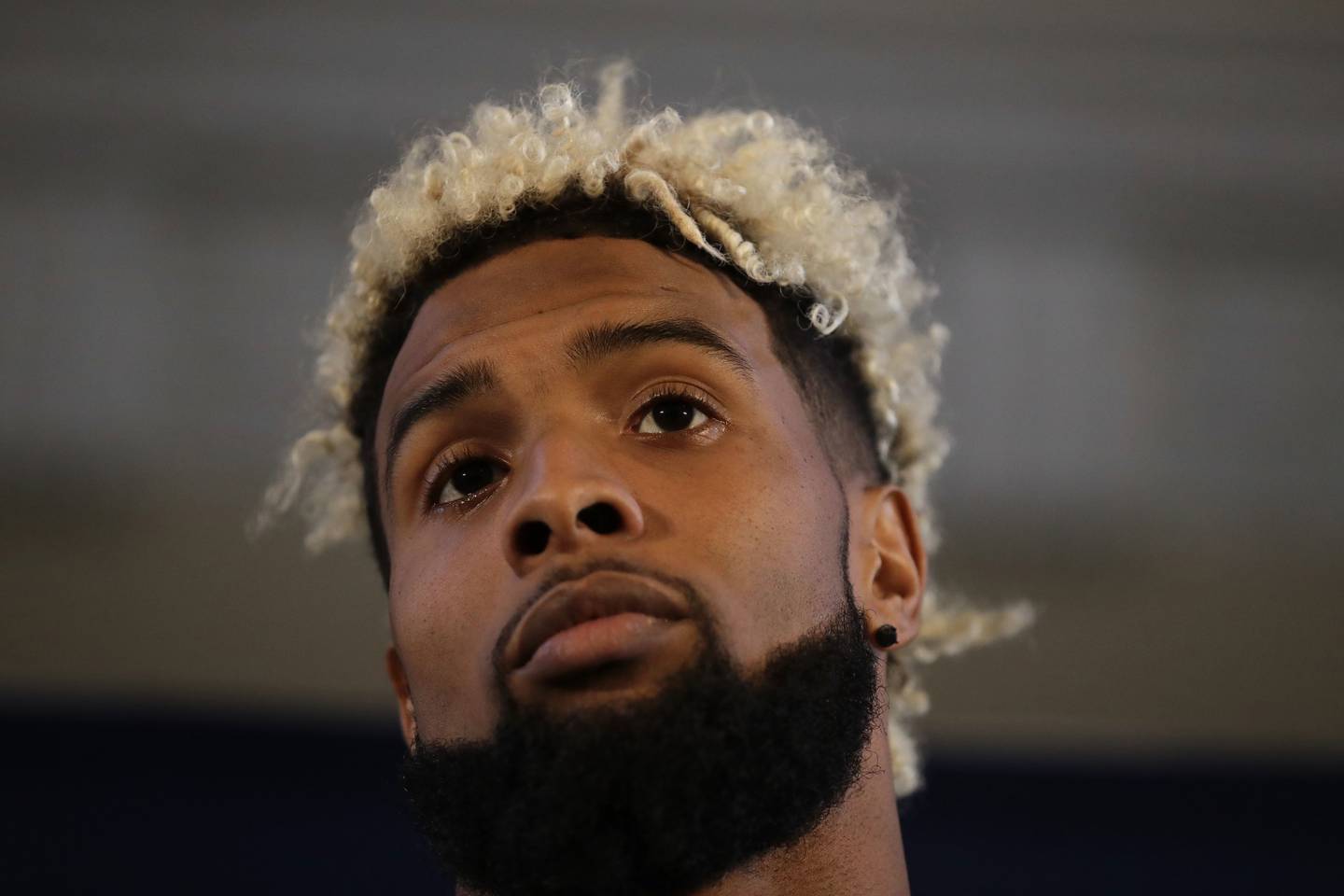 The Cowboys, Bills and others are interested in Odell Beckham Jr. (Matt Dunham/AP)

Maybe the incident adds a question to the Giants’ interview process, but nothing that happened Sunday changed the reasons for their mutual interest and this week’s visit.

Beckham is interested in returning to the Giants. Big Blue could use receiver help to lift them in their playoff push, if not to galvanize them after three losses in their last four.

And above all, the team needs to physically exam Beckham’s twice-torn left ACL and work him out to ensure he’d be able to help them if he did sign.

All of Beckham’s suitors need that assurance, and OBJ is looking to find the best contract and situation for him.

He has plans to visit the Dallas Cowboys and Buffalo Bills after. The Baltimore Ravens and Kansas City Chiefs have also shown interest. And it wouldn’t be surprising if the San Francisco 49ers re-entered the fray.

But his tour still will start at home in New Jersey with the Giants. Once he lands, of course.