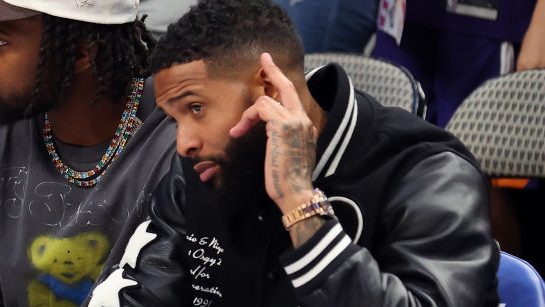 The Cowboys have a plan. They always do. As it relates to free-agent receiver Odell Beckham Jr., that plan currently isn’t doing Beckham any favors.

He visited the Giants and the Bills. There were no leaks about their medical examination of Beckham, who suffered a torn ACL in February. Then came the Cowboys. Then came the leaks.

Consider this from ESPN’s Ed Werder, who has covered the Cowboys for years: “The Cowboys have concerns after Odell Beckham Jr.’s physical that his recovery from torn left ACL in Super Bowl has not progressed enough to ensure he would play before mid-January and possibility exists signing him would have no benefit until 2023 season.”

So who did this come from? Beckham’s camp? No way. It only came from the Cowboys. And it’s obvious that the Cowboys wanted it out there.

At one point, it appeared that the Cowboys possibly were going through the motions with Beckham in order to get the Giants to pay more. Now, it looks as if the Cowboys are trying to get Beckham to take less — or, more specifically, to not insist on a contract that extends beyond 2022. They also may be trying, as one league source has opined, to placate players and fans who had been clamoring for the Cowboys to sign Beckham.

The source called the team’s decision to leak negative information about Beckham’s knee “astounding.” There was even a suggestion that Beckham, who recently sued Nike for breach of contract, should sue the Cowboys for violating his medical privacy rights.

“How could he even consider signing there now?” the source asked.

And while this indeed will help get the players to accept a decision not to sign Beckham, the players should realize that this is how the game gets played. And at some point any of them may be on the wrong side of said game.

If they’re leaking information about Beckham to the media, what are they leaking about others, from Dak Prescott to Randy Gregory to Ezekiel Elliott to whoever, whenever, however?

So, yes, it’s a bad look for the Cowboys. And, no, Beckham shouldn’t sign there.

It should motivate him to take what he can get with another team for the balance of 2022, and then to become a free agent in 2023 and hit the open market and get paid.