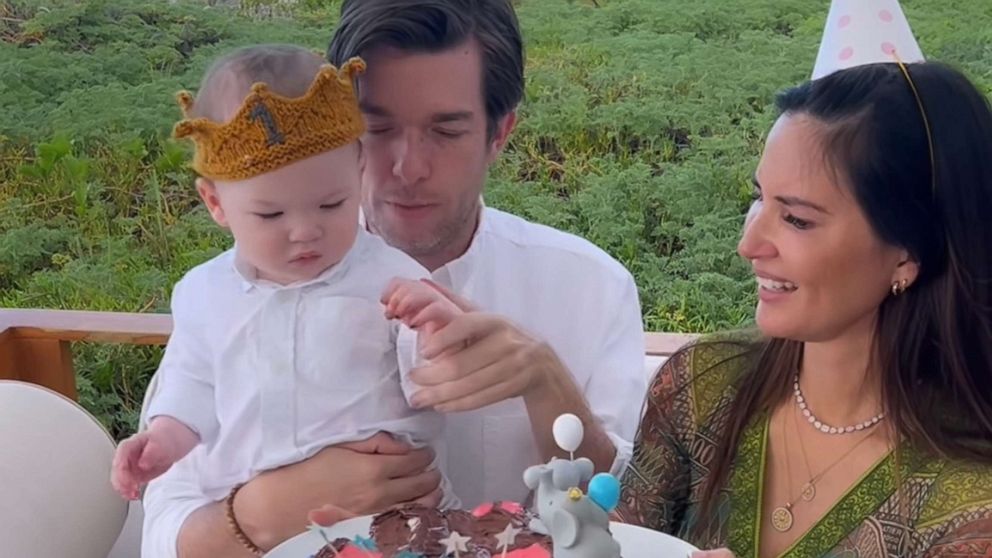 The actress shared some adorable snaps over the weekend of their little one eating cake at his birthday party while wearing a crown that was knitted by Munn's mother.

Alongside the collection of photos, Munn wrote, “Just got back from celebrating ONE YEAR of the most joyful baby being in this world and in our lives. My son, my joy.”

MORE: Olivia Munn says her pregnancy was revealed before she was ready

“Happiest Birthday Malcolm Hiệp!,” she continued, addressing her son. “I love you so so so much.”

Munn also shared some candid videos from the birthday celebration.

In a clip captioned, “When your Asian mom gets impatient,” Munn and Mulaney can be seen encouraging their son to try out his birthday cake before Munn's mother steps in and feeds Malcolm some icing.

“For what it’s worth, he did start eating the cake after that 😆🎂” Munn wrote alongside the clip.

Munn shared another video of their baby covered in chocolate and questioned if he was saying something in the clip.

“I posted this in a carousel and then someone commented that they heard him say “I love you” and that is the first time I heard it too!” she captioned the video. “Could it be??? 🤟🏼”

“Also, if he is saying it, it's fitting that the first thing a child of mine would say 'I love you' to would be cake,” Munn joked in her Instagram story.

Munn and Mulaney announced Malcolm's birth on Dec. 24. Malcolm is the first child for both stars.

Desperate to get fit but hate doing it in public? Here are seven ways to beat gymtimidation