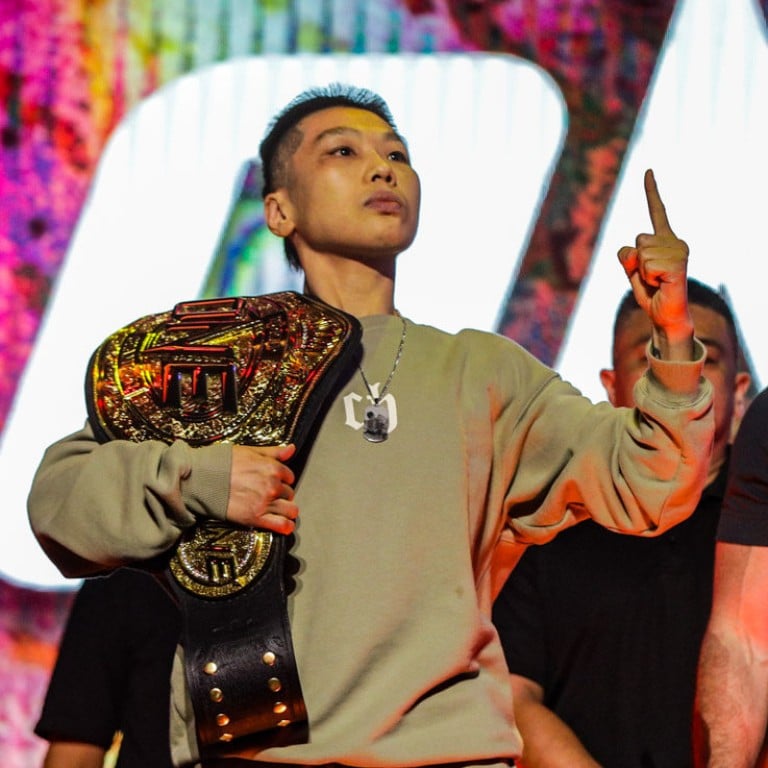 ONE Championship on Prime Video 2 is set for Saturday morning in Singapore, and all signs point to a memorable event.

The card will be topped by an anticipated trilogy fight between Canadian-American star Angela Lee and China’s Xiong Jingnan.

Lee, ONE’s atomweight champ, will be hiking up to strawweight to challenge Xiong in a bid for a second title. If she wins, she will become to first female fighter in ONE history to win titles in two weight classes. It will be the third time the pair have met in the Circle after splitting two bouts in 2019.

The card was also intended to be include a featherweight Muay Thai title fight between champion Superbon Singha Mawynn and challenger Tayfun Ozcan, but that plan was nixed when the former was ruled out of the fight with health issues.

The next biggest attraction on the bill is a high-stakes MMA clash between No 1 atomweight contender Stamp Fairtex, and Malaysia’s Jihin Radzuan, the division’s No 5-ranked contender. The fight will be contested at a catchweight after Radzuan failed her hydration test.

Striking superstar Anissa Meksen will also be back in action, taking on Thailand’s Dangkongfah Banchamek.

See the full results for ONE on Prime Video 2 below: 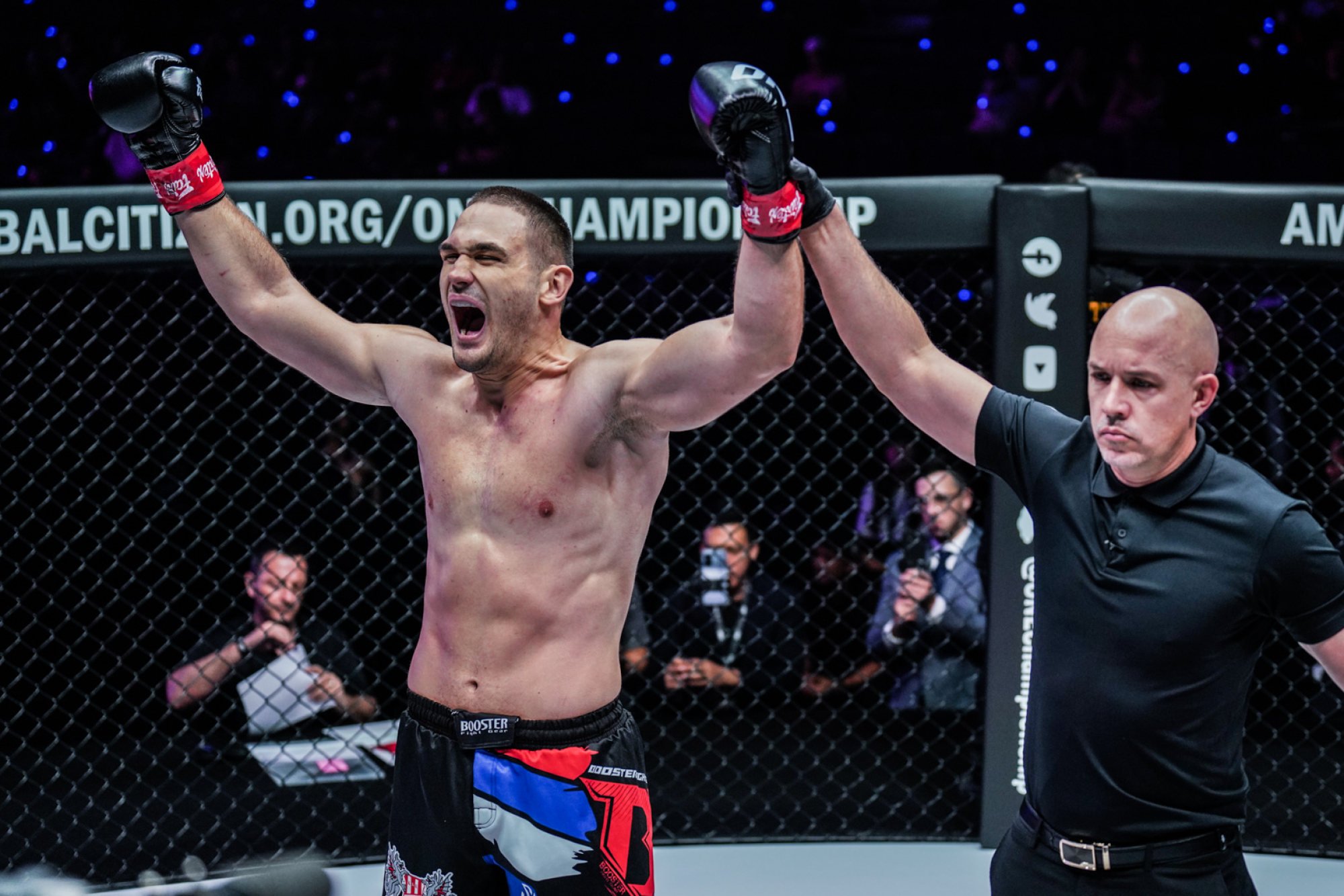 Rade Opacic celebrates his second-round knockout of Giannis Stoforidis at ONE on Prime Video 2.

Rade Opacic secured a second- knockout against Greece’s Giannis Stoforidis in the first fight of the morning, in an alternate bout for the heavyweight grand prix.

“Second-round knockout, I feel amazing,” the Serbian said in a post-fight interview. “I got him a little, saw his face. He was ripe for the kill, and I did it.”

The final of the tournament will feature Roman Kryklia against Iraj Azizpour – but Opacic could now slide in if either cannot make it.

“That was my fifth knockout. I want all these guys. The winner of the grand prix, let’s do it,” he added.

Spain star Gavi MISSES training after sustaining an injury during draw with Germany... but the Barcelona midfielder is expected to be fit again for Japan clash

Qatar World Cup chief Hassan Al-Thawadi accuses Jurgen Klinsmann of 'racist' comments about Iran after BBC pundit criticised their 'culture of working the referee'... with Gary Lineker also in the firing line for 'not engaging' with the hosts

'My mother lay in her coffin with rosy cheeks when she died': Holland boss Louis van Gaal enjoys another BIZARRE press conference as he responds to a compliment over his tan at the Qatar World Cup by claiming it's in his 'genes'

Portugal vs Uruguay LIVE: Cristiano Ronaldo aims to build on his goal scoring start to the World Cup to fire his side into the last-16 with a win and leave Luis Suarez and Co's progression hopes on a knife edge

'It's fake news': Lionel Messi's agent Marcelo Mendez attempts to rubbish talk of an MLS move after the Argentina star was linked with Inter Miami.... as he claims there have been NO talks with David Beckham's franchise

Fury vs Chisora time: When do ring walks start ahead of fight this weekend?

Casemiro's thunderbolt helped favourites Brazil seal a 1-0 win over Switzerland Brazil's defence has been highly praised after a second consecutive clean sheet Thiago Silva was singled out for his performance by pundit Gary Neville Find more of Sportsmail's World Cup stories as they happen on the homepage Click here for the latest World Cup 2022 news, fixtures, live action and results


View more: 'I don't know how Thiago Silva at his age is still pushing up... it's UNBELIEVABLE': Gary Neville hails Brazil's defence as they become just the second nation not to face a shot on target in their first two World Cup games since 1966

Report: Astros agree to deal with longtime Sox 1B Abreu originally appeared on NBC Sports Chicago When the White Sox open the 2023 season in Houston, José Abreu will still be in the lineup that day. Just on the other side. Abreu, the longtime White Sox first baseman, has ...

Arsenal midfielder Thomas Partey shared a special World Cup message to Gunners fans from Qatar. And the Ghanaian midfielder also admitted he has been chatting to England ace Bukayo Saka out in the Middle East, and his club teammate had wished him luck in the competition. Partey was instrumental in ...

Knockout stage advancement is on the line for both the United States and Iran. The United States men’s national team has yet to win in Qatar, having tied 1-1 with Wales in its Group B opener and following it up with a 0-0 result against England. Iran, meanwhile, fell ...


View more: How to Watch USMNT vs. Iran in 2022 World Cup Group B Finale

Link video: http://nbclim-download.edgesuite.net/Prod/NBCU_LM_VMS/81/671/16758317332-540plownbcstations.mp4 NBC Universal, Inc. Job done. Thanks to Casemiro’s 83rd minute strike, Brazil sealed a 1-0 win against Switzerland on Monday to put it in pole position to finish first in Group H. After defeating Serbia 2-0 in its opener, a win or tie against Cameroon on ...


View more: How Did Brazil Play Without Neymar in World Cup Win Against Switzerland?

DOHA – A Brazil side lacking spark without the injured Neymar needed a late strike from Casemiro to edge out Switzerland 1-0 on Monday as the five-time winners secured their place in the World Cup last 16 with one game to spare. The Brazilians had been frustrated by an ...


View more: Michael Beale is CONFIRMED as new Rangers boss, with Steven Gerrard's former assistant coach signing a three-and-a-half year deal and taking three of his QPR colleagues with him

Eddie Jackson Invited the Team Over to His House for Thanksgiving

Portugal vs Uruguay live stream: Where to watch World Cup 2022 fixture online and on TV

Casemiro sends Brazil into World Cup Round of 16

Premier League announce FIVE rearranged fixtures for January and February with the battle for top-spot set to heat up with Arsenal hosting Man City on February 15... after the holders take on Spurs on January 19

Cameroon fight back to draw with Serbia in World Cup thriller

World Cup: Riots break out in Brussels after Belgium’s surprising loss to Morocco