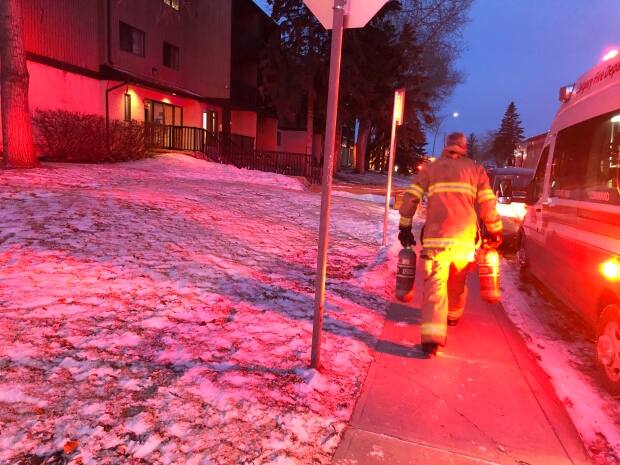 A Calgary firefighter carries two oxygen tanks outside a fire where one body was found in the city’s southeast.

One person is dead in what an EMS official said was related to “a fire of sorts” in the 2600 block of 16th Avenue S.E.

The fire department was called to the scene just before 7 a.m. Monday to discover smoke but no fire coming from the second floor suite of an apartment building.

The EMS official said they had no other information on the victim and no one else was injured in the incident.

Investigators are still trying to determine the cause of the fire.