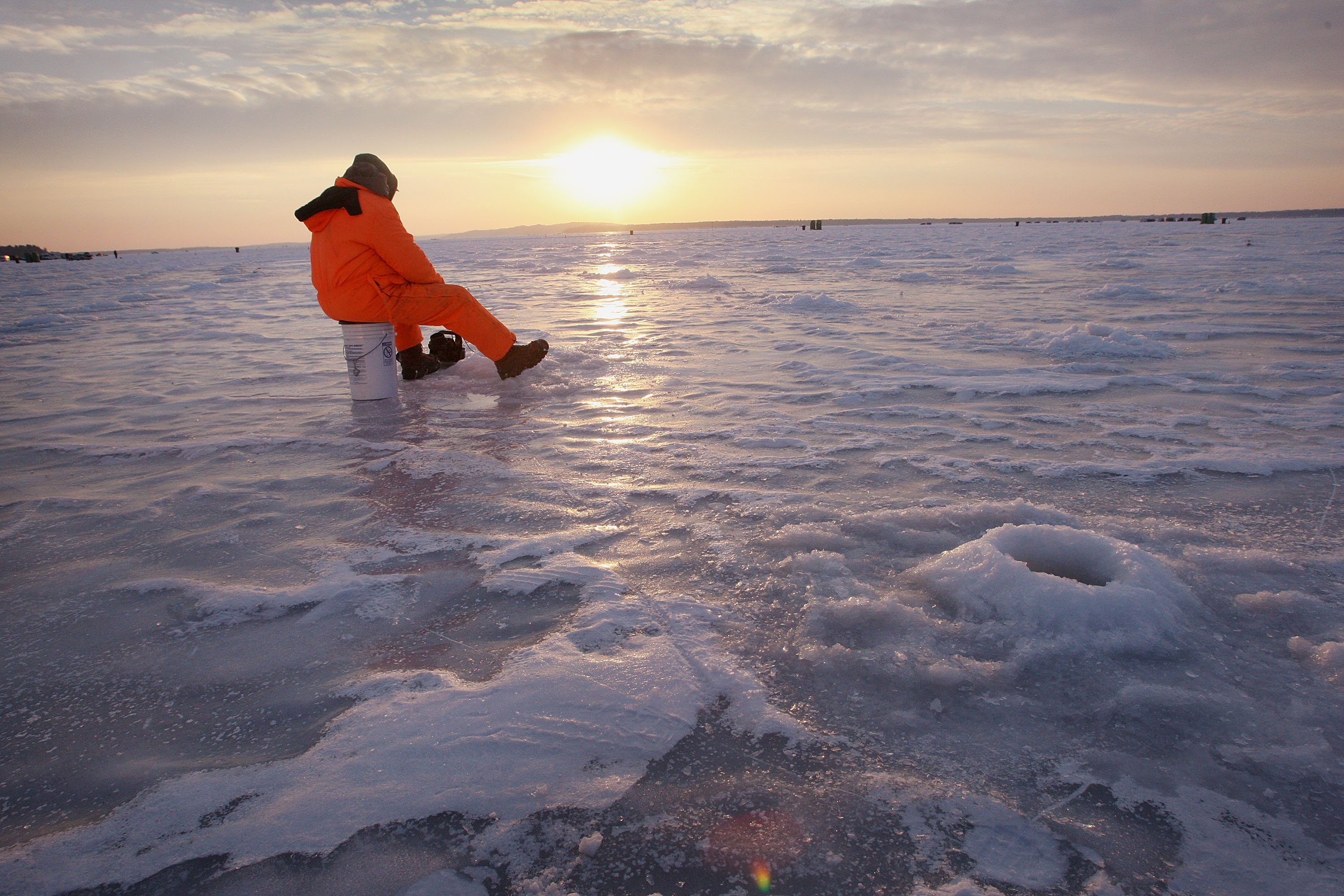 In this image, a fisherman is seen in Brainered, Minnesota on January 25, 2008. A large chunk of ice broke away from the land on Upper Red Lake, Minnesota on Monday, leaving more than 100 people stranded.

More than 100 people were stranded on a large chunk of ice in a lake after it broke off in Minnesota on Monday, authorities said.

First responders were working to rescue the people, who were fishing off of the ice chunk into the Upper Red Lake, the Beltrami County Sheriff’s Office wrote in a Facebook post.

“We are working with other first responders to get an estimated 100+ people fishing off a large ice chunk that has broken free on Upper Red Lake. If you are on the ice and need to evacuate, head towards JR’s Corner. There is a temporary ice bridge to get across the open water,” the sheriff’s office wrote.

Upper Red Lake is located in northern Minnesota, near the Red Lake Reservation. Temperatures in Red Lake were around 35 degrees Fahrenheit on Monday afternoon.

Red Lake is the largest lake located entirely inside Minnesota’s borders, spanning 288,800 acres, according to Minnesota’s Department of Natural Resources.

This is a breaking news story that will be updated when more information becomes available.

Michael Chang/Getty Images This year’s college basketball season continues to be one of the most unpredictable seasons in recent memory. On Saturday afternoon, No. 2 Alabama fell to the unranked Oklahoma Sooners by 24 points. The Crimson Tide gave up 93 points en route to a 93-69 loss in ...