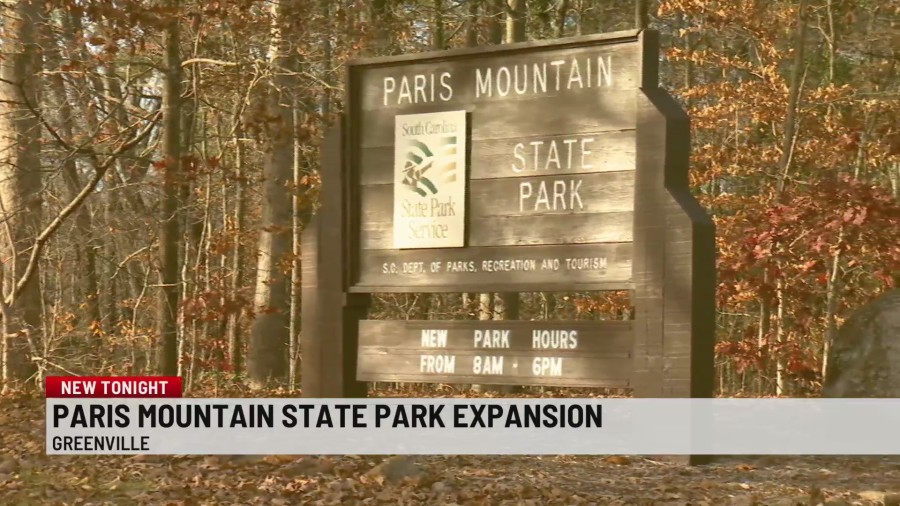 “The actual participation by Greenville County is that we created a board, called the Historic and Natural Resources Trust and funded it, I believe a million dollars a year for two years,” he said. “What they do is that is seed money that the board can use to assist with acquiring additional land and properties in Greenville County that are either of historic or natural resource value,” Shaw said.

Reynolds represents the area, on the Greenville County Historic and Natural Resources Trust.

Reynolds said the request came from the Natural Land Trust.

“That particular project will have to be closed on, between the individual who was selling the property and in this case–Naturaland Trust, who is acquiring that property in lieu of it eventually being donated to South Carolina Department of Parks, which will be what expands Paris Mountain State Park,” Reynolds said.

“Several others parcels that are being acquired, in addition to the one parcel that the Greenville County Historic Natural Resources Trust have allocated funding towards,” Reynolds said.

Shaw said he has spoken with the South Carolina Department of Parks, Recreation, and Tourism (SCDPRT), about what the additional land could be.

“They envision it for trails only. Walking and mountain bike trails,” Shaw said.

He said no structures.

“They don’t want to put any kind of structures up like cabins or swimming areas or whatever else parks do. So, it would just be recreational hiking trails,” Shaw said.

Some parkgoers told 7NEWS they are happy about the news. However, Shaw said there are some concerns.

“We did pass a resolution saying that the county is concerned about Altamont road issues,” Shaw said.

One resident told 7NEWS off camera, he’s concerned about a potential parking lot off of Altamont Road.

“So, in other words they don’t envision it being like some kind of alternate or second entrance or new main entrance. You would buy your tag or whatever for the year or the day down at the regular gate and then people could park,” Shaw said.

When it comes to addressing concerns about Altamont Road, Shaw said legally, that would be the park’s responsibility. He said he has submitted proposals that would ensure that there’s no public entry or parking from Altamont Road.

“Legally, it would be the park’s responsibility,” Shaw said. “I submitted an ordinance proposal a few weeks back already, that had to do with what can be done there,” he said.

“However, more recently just filed another one and the county attorney is helping me get the language on it correct and it will be…it should be on the agenda for this coming–the next meeting,” Shaw said.

Shaw said overall, he’s not looking to restrict the use of the property for recreation.

Reynolds said while the funding has been allocated, the project has not closed yet.

“Right now, that particular project is in its final stages of due diligence from what I understand,” Reynolds said.

Reynolds said the closing is currently set for sometime next week.

Copyright 2022 Nexstar Media Inc. All rights reserved. This material may not be published, broadcast, rewritten, or redistributed.

For the latest news, weather, sports, and streaming video, head to WSPA 7NEWS.