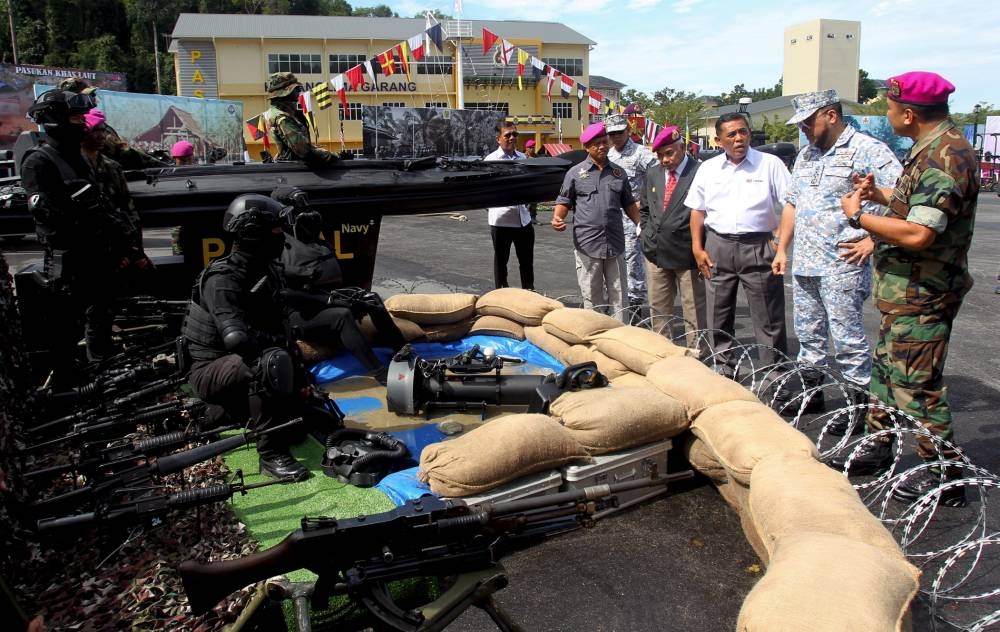 LUMUT – The Royal Malaysian Navy’s Special Warfare Forces (Paskal) are always equipped with the latest equipment to enable them to carry out covert tasks more effectively.

Its Commander First Admiral Datuk Mohd Redzuan Talib said he will ensure Paskal’s role as the main pillar of defending the nation’s maritime space as well as protecting the people and the nation’s prosperity.

He said Paskal always conducts joint training exercises with the United States Navy Seal team and also the Australian SAS, which he added was an honour for them.

“We are confident that increasing the capabilities of Paskal members based on technology will produce trained, competent Paskal personnel who are ready to face any threat,” he said when met by reporters after the Paskal 40th Anniversary Celebration near here today.

The national anthem, Negaraku and also the Samudera Raya and PASKAL songs were performed by the RMN Band and then followed by the parachuting of three PASKAL members as a symbolic launch of the 40th coffee table book.

“It is very different in terms of technology and equipment but if you ask those who have been members of PASKAL, it is definitely a source of pride and satisfaction for them.

“Each member’s experience is unique but we are aware that the task entrusted to us demands great sacrifice and responsibility in carrying out the country’s missions,” he said. – BERNAMA