But the 45-year-old Toronto resident learned it could be several months before she finds out, due to backlogs and processing delays at many Canadian laboratories.

The labs screen samples for a wide array of health conditions, including the Pap tests used to spot early warning signs of cervical cancer — a disease that can be deadly, but is often treatable and curable when it’s caught early on.

Delays to get Pap test results are being felt across much of the country. The COVID-19 pandemic played a role in creating a backlog of all kinds of screening tests — but multiple industry insiders told CBC News the problem is made worse by ongoing long-term staffing issues in the Canadian lab sector.

Even before the pandemic, most laboratories were short-staffed, said Michelle Hoad, CEO of the Medical Laboratory Professionals’ Association of Ontario, an advocacy group for the province’s laboratory workers.

Now, with more people returning to in-person medical appointments, there’s an influx of tests to process, she continued.

“All the people that haven’t gone to their family doctors to potentially get a Pap smear is a good example. Those are all coming into our labs now,” she said.

“So we don’t have the proper staff in order to manage the demand that’s happening from the growth in testing over the past 24 months.”

“Now, we are seeing Pap results coming back in four to six months,” she said.

In Toronto, patients at Dr. Iris Gorfinkel’s clinic are experiencing waits of at least two months as well. “Everything is backlogged,” she said.

Two of Canada’s leading lab companies — LifeLabs and Dynacare — told CBC News by e-mail that there are increased turnaround times for Pap tests within their labs, which operate across much of the country. 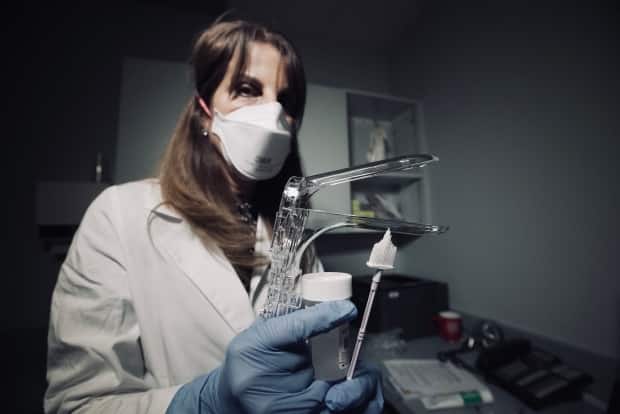 Toronto family physician Dr. Iris Gorfinkel holds up a speculum, the medical device used during a Pap test that allows a doctor to swab a patient’s cervix.

Before the COVID-19 pandemic, the turnaround time for Pap tests was 10 to 15 days, “which is the target we are currently working to achieve,” she continued.

In particular, there’s a long-term shortage of cytotechnologists — the lab professionals trained to spot subtle changes in patient samples, which can signal early-stage disease such as precancerous cells.

Only 12 to 14 cytotechnologists graduate in Canada each year, said Cho, from LifeLabs.

Only one training program left in Canada

Canada once had multiple schools training cytotechnologists, across several provinces. Now the country is down to one, in Ontario: The Michener Institute of Education at the University Health Network.

“It is extremely concerning that we are now situated as the only educational institution for educating cytotechnologists across the country,” said Catherine Brown, a professor at the Toronto school.

When CBC News visited a Michener classroom in November, students were studying Pap test samples, learning to spot the difference between healthy cells — which look uniform — and those showing early warning signs of future cervical cancer.

Most samples are normal, Brown said. The challenge is spotting the ones that aren’t, to ensure patients and their physicians get the information they need to make decisions about treatment.

Long waits to get results can be “frightening,” even if most come back perfectly normal, Brown continued. 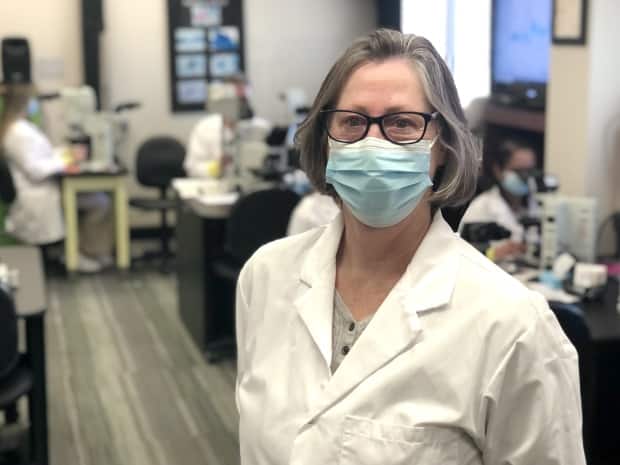 ‘It is extremely concerning that we are now situated as the only educational institution for educating cytotechnologists across the country,’ said Catherine Brown, a professor at The Michener Institute of Education at the University Health Network, in downtown Toronto.

Situation mixed across the provinces

CBC News reached out to multiple provinces to ask how long it’s taking to process Pap tests, and what steps are being taken to mitigate any delays.

Meanwhile a spokesperson for Ontario’s Ministry of Health said the department is in “constant contact” with community labs to discuss test turnaround times, and is monitoring labs’ plans to return to normal service levels.

Alberta, notably, said it is “not experiencing delays,” with 95 per cent of orders being reported within seven days of being received by labs, while Nova Scotia’s processing times have actually “remained consistent or improved from 2019.”

LifeLabs and Dynacare both said they’re trying to tackle the backlog at their facilities.

In the meantime, as both laboratories and governments figure out how to speed up sample processing, patients like Wendy Yen are stuck waiting and wondering what’s happening inside their bodies.

“It delays what the logical next steps would be,” she said.

Those next steps would likely include a colposcopy, a procedure used to closely examine someone’s cervix, and a biopsy, in which tissue samples are taken to analyze for cancerous cells.

“Early detection equals less treatments,” Yen said, “and we’re not detecting anything early with the state of the labs.”