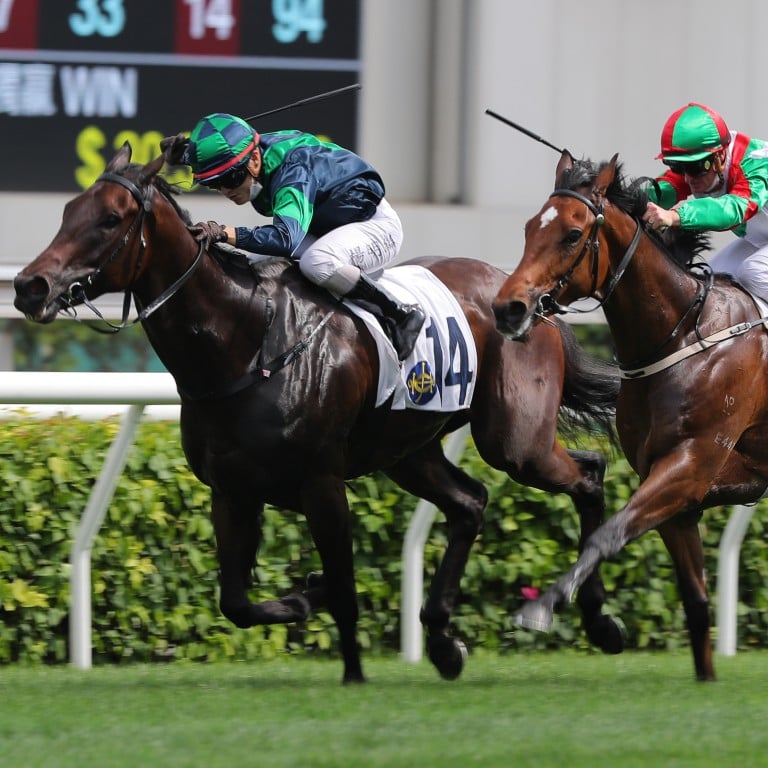 It’s rare that trainer Paul O’Sullivan heads into a meeting with three last-start winners on the card but that’s exactly the situation he finds himself in at Sha Tin on Sunday.

With six winners since the start of April, O’Sullivan has hit his best form of the season and he is hopeful a couple of his previous winners can continue to rise up the ranks.

Reve Parisien runs in the Class Three Cornwall Handicap (1,200m) after shocking punters when saluting at $94 a few weeks ago but his trainer was not quite as stunned as the betting public to see the five-year-old salute for the first time in Hong Kong

“I was a little surprised but the start before was an improvement on his first two runs,” O’Sullivan said.

“He’s gone up six points but there was a nice gap back to the third the other day. He’s got a kinder draw in barrier six so he’s got to be in there with some kind of shot.”

Spontaneous has only been off the track for 10 days after winning last week and he makes a quick reappearance in the Class Three Cumberland Handicap (1,200m) on the all-weather track.

“He’s backing up a lot quicker than what I would normally do but he’s got a pretty solid constitution and there is not another race for him for about six weeks,” O’Sullivan said.

“I haven’t done much with him in the 10 days in between and he’ll be very much dependent on whether there will be good speed in the race. He’s got a bad draw but you can sit three wide without cover on the dirt and just keep rolling.

“I’ve had my hand forced as I’ve tried him a number of times at Happy Valley but he hasn’t fired a shot there this year, but he’s done everything fine since his last run.”

August Moon has been one of O’Sullivan’s best performers this season, winning three races, and he takes his chance in the Class Four Dorset Handicap (1,200m).

“He’s won his races when he’s drawn a gate and he hasn’t got that on Sunday,” O’Sullivan said.

“There’s a fair few starters in the race so he’ll have to get across pretty cheaply and he is a horse who, when he gets to the front, is inclined to pull up a bit so he always looks like he’s got a bit left up his sleeve.”

O’Sullivan also holds some chances away from those seeking to follow up recent wins, with Wisdom Patch among them in the Class Four Essex Handicap (1,200m) on the all-weather track.

“Joao Moreira rode him last start and he was very keen to ride him again before he got suspended,” O’Sullivan said.

“He said he just did too much on him early and that just made him pretty one-paced in the straight, so we’ll ride him a bit more patiently and he can hopefully turn things around.”

Snowalot has struggled since winning on debut but there were signs of a revival last time and he steps up in distance in the Class Four Kent Handicap (1,400m).

“It was a much better run last time,” O’Sullivan. “He’s a horse with pretty good gate speed so we’ve used that most times and it’s made him one-paced.

“We rode him patiently the other day from a wide draw and he finished off really nicely, so even though he’s drawn five he’ll be ridden more patiently. He’s had a couple of cracks at 1,400m and he’s failed both times but he went forward and over-raced both times and we were still learning a little bit about him.”

Yankees rained out of Friday matchup vs. White Sox

NYC needs to really run its own speed cameras

U.S. House Speaker Nancy Pelosi speaks at the start of a discussion with historians on how to “establish and preserve the narrative of January 6th” on the one-year anniversary of the attack on the Capitol in Washington, January 6, 2022.Al Drago | Pool | Reuters The Roman Catholic archbishop ...

Fatty liver disease: The sign in your stomach you should tell your doctor about


View more: Fatty liver disease: The sign in your stomach you should tell your doctor about

OPINION - The new London Tube map for Crossrail is an abomination

© Handout JohnElledgeByline21.jpg Once upon a time, London’s tube map looked like, well, a map, with street names and geographical accuracy and all that jazz. But then, a young draughtsman named Harry Beck realised that, when you’re underground, geography doesn’t matter: all you need to know is the order ...


View more: OPINION - The new London Tube map for Crossrail is an abomination

England footballer Harry Maguire’s mum has stolen the show as she joined his wife Fern Hawkins for a fun filled hen do in Marbella, Spain. Zoe Maguire, 55, wowed crowds as she appeared alongside daughter-in-law Fern and her friends for a bikini clad celebration after the couple famously tied the ...

RBI dividend to Centre slashed by 70% in FY22

INVESTING EXPLAINED: What you need to know about Value Investing, the search for shares whose price does not appear to reflect value of the company

Severn Trent hoping to flood market with positive news when it publishes full-year results, with analysts forecasting 8% increase in profit

Are You A Mom? Here’s How You Can Travel Hassle-Free At An Airport With Your Family!

This Grocery Brand Is Slowing Down Production

Movies where the protagonist dies

17 of the Most Terrifying Cults in History

Phil Mickelson's mom said he's happier than ever amid exile: 'He's in such a good place'

Keep the Chinese Communist Party out of college

What It Means When Lumber Is Marked Purple At Home Depot