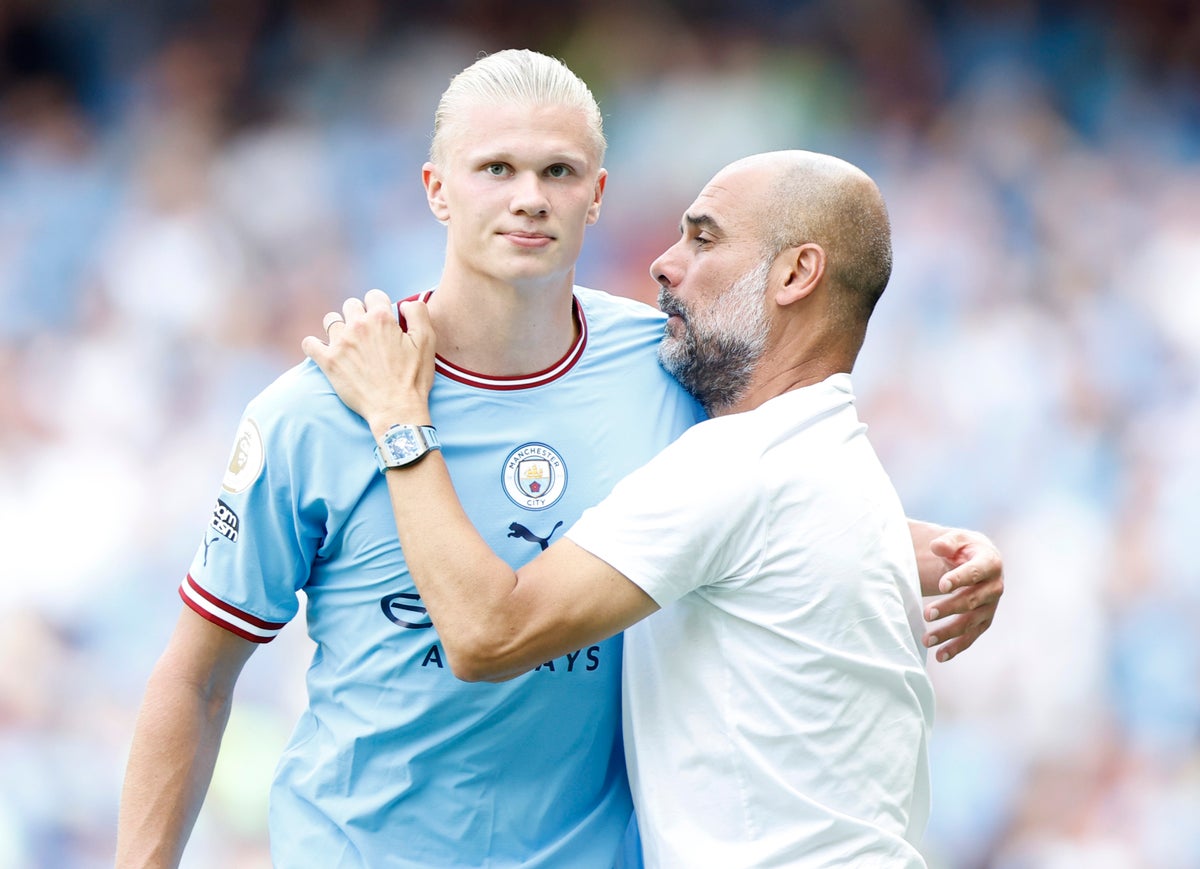 Pep Guardiola has hailed the role of Manchester City’s medical staff in Erling Haaland’s flying start to life in England.

The striker already has 14 goals to his name after a £51million summer move from Borussia Dortmund, with Bournemouth the only side to prevent him from scoring in either the Premier League or Champions League so far this season.

Haaland has started every match too, despite his previous injury problems in Germany and Guardiola insisting earlier in the campaign that he would have to rest the 22-year-old at various points.

That is unlikely to come this weekend, as Haaland gets his first taste of a Manchester derby and he is expected to line up against Erik ten Hag’s side at the Etihad.

A number of goalscoring records look vulnerable with Haaland in such imperious form, and Guardiola believes the City physios deserve a huge amount of credit for the work they have done with the Norwegian.

“Everyone is important but I’ve always said to the club that the most important department in the backroom staff is the physios,” Guardiola said. “They take care of the legs.

“Erling struggled a lot in Dortmund last season with injuries and arrived here with little problems after a small surgery in the summer.

“He started to work here with (physiotherapist) Mario (Pafundi) and the other guys and thanks to them – and of course his work ethic – he can play regularly now. Last season it was not possible.

“When the players can play most of the time it’s thanks to the physios.”

Pafundi has played an important role in that, even joining up with the Norway squad during the international break to keep an eye on Haaland and help manage the striker’s fitness while away from his club.

Guardiola has insisted the decision from City to send the physio away with Haaland was not out of the ordinary.

He said: “It’s not weird. At events like World Cups and European Championships, many physios go with the players, and Mario is an exceptional physio.”