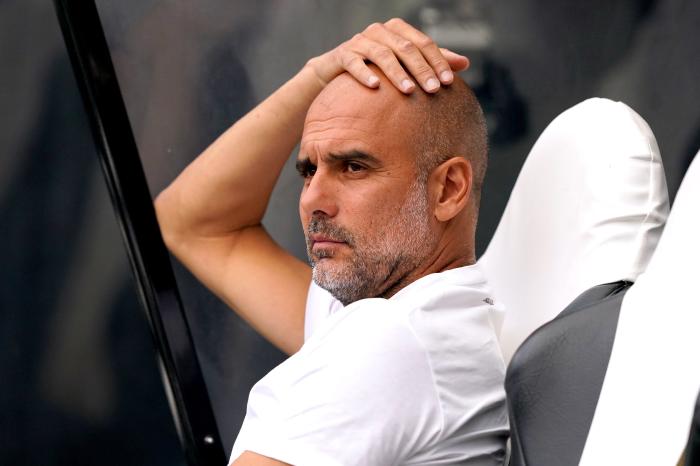 City manager Guardiola feels his side will need to respond to the energy in the stands.

He said: “In these kind of games you don’t have to make extra emotion because it is what it is. The stadium will be full and they will support us.

“It is important we feel the pressure of them, and the opponents, and demand the best of ourselves. We need it. Otherwise, against these opponents, it is difficult to win.

“Always I want that they (the fans) are active. They come to enjoy it and be passionate. It is not just a football game.”

City have finished above United in each of the six seasons since Guardiola arrived in Manchester, but the derby record in that period is more evenly balanced.

In their 16 meetings in all competitions, City have won eight times to United’s six, with two draws.

With United now starting to gather pace after a difficult start to the season under new manager Erik ten Hag, Guardiola is anticipating another tough encounter.

He said: “Always, from our opponents, I expect the best – the quality they have, there is no doubts about that.

“They come with very good results against tough sides – winning at Southampton is not easy, but especially Liverpool and Arsenal at home. (There is) good momentum for them.

“We have to do a perfect game. They punish you for nothing. They have quality in short spaces, up front they have mobility and speed, with physicality and quality in the middle, central defenders so aggressive, and good pace outside.

“It’s Manchester United. They’ve always been like that. At Old Trafford we have been better than at the Etihad in the last years but, at the same time, I’m looking forward to it and we are prepared to face them.”

City are without John Stones after he suffered a hamstring injury on England duty, but fellow centre-back Aymeric Laporte is nearing a return.

Lionel Messi was on target with a fine opening goal against Mexico (Adam Davy/PA) (PA Wire) Lionel Messi helped Argentina get their World Cup campaign up and running with a 2-0 win over Mexico at the Lusail Stadium. Earlier, Poland had brought Saudi Arabia back down to earth with ...

Holland look to confirm their last-16 place against the already-out World Cup hosts Qatar... but what time is kick-off? What TV channel is it on? What is their head-to-head record? And what is the team news?

'I feel like more of a leader now': England star Ollie Pope claims 'BazBall' has been the key to boosting his confidence after hitting 146 off 120 balls for England Lions to continue his fine form at number three