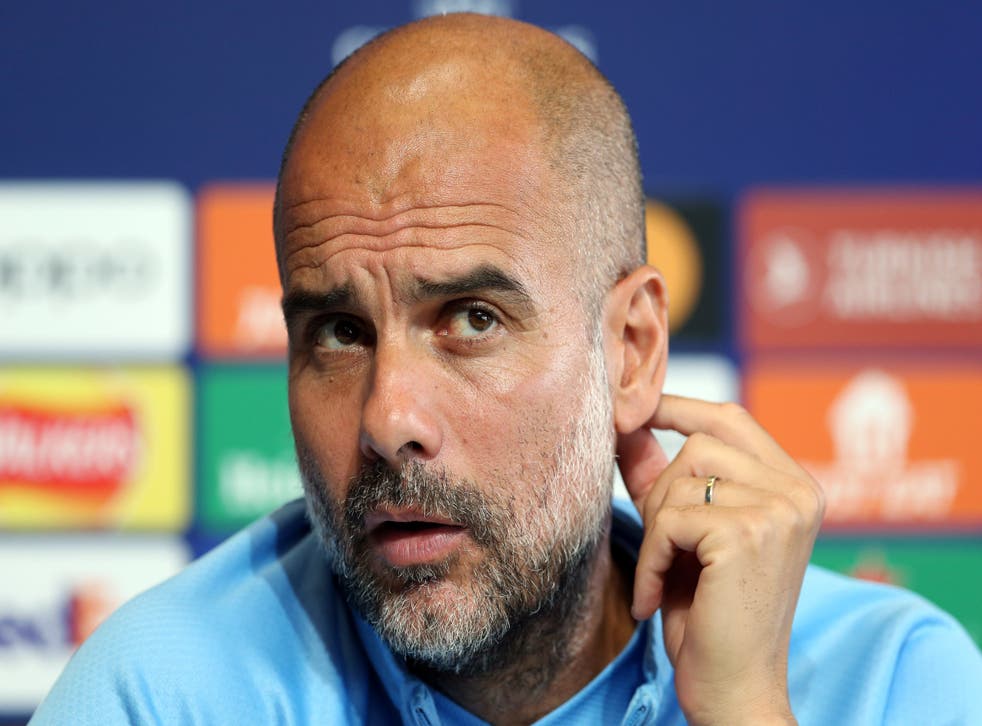 Pep Guardiola recognises this weekend’s derby against Manchester United is more than just a game for City fans.

City manager Guardiola feels his side will need to respond to the energy in the stands.

He said: “In these kind of games you don’t have to make extra emotion because it is what it is. The stadium will be full and they will support us.

“It is important we feel the pressure of them, and the opponents, and demand the best of ourselves. We need it. Otherwise, against these opponents, it is difficult to win.

“Always I want that they (the fans) are active. They come to enjoy it and be passionate. It is not just a football game.”

City have finished above United in each of the six seasons since Guardiola arrived in Manchester, but the derby record in that period is more evenly balanced.

In their 16 meetings in all competitions, City have won eight times to United’s six, with two draws.

With United now starting to gather pace after a difficult start to the season under new manager Erik ten Hag, Guardiola is anticipating another tough encounter.

He said: “Always, from our opponents, I expect the best – the quality they have, there is no doubts about that.

“They come with very good results against tough sides – winning at Southampton is not easy, but especially Liverpool and Arsenal at home. (There is) good momentum for them.

“We have to do a perfect game. They punish you for nothing. They have quality in short spaces, up front they have mobility and speed, with physicality and quality in the middle, central defenders so aggressive, and good pace outside.

“It’s Manchester United. They’ve always been like that. At Old Trafford we have been better than at the Etihad in the last years but, at the same time, I’m looking forward to it and we are prepared to face them.”

City are without John Stones after he suffered a hamstring injury on England duty, but fellow centre-back Aymeric Laporte is nearing a return.


View more: Video: Reserve Bank boss's bizarre 'apology' to Australians who took out mortgages after he promised no interest rate rises until 2024 but then brought in supersized hikes

Channel 10 are reportedly attempting a ‘youthful rebrand’ of The Project after Carrie Bickmore, Lisa Wilkinson and Peter Helliar’s shock mass exodus from the show. The likes of Bachelor stars Abbie Chatfield and Laura Byrne, and the ABC’s Tony Armstrong are rumoured to be tipped to star on the current ...


View more: Are these the new faces of The Project? Two Bachelor stars are among rumoured new line-up joining Waleed Aly and Sarah Harris as Channel 10 attempts ‘youthful’ rebrand of show

Martha Kalifatidis has revealed she is not having sex during pregnancy. The former Married At First Sight star was grilled about her bedroom antics with fiancé Michael Brunelli when she appeared KIIS FM’s The Kyle and Jackie O Show, on Monday. Martha explained she is currently staying at her mother’s ...


View more: Martha Kalifatidis makes a surprising confession about her sex life with Michael Brunelli during her pregnancy

Terrell Owens was seen knocking out a reported heckler outside of a CVSAs the 48-year-old told TMZ, he ran into the pharmacy for a few necessitiesInside the store, he spoke with fans before being confronted by a hecklerThe heckler reportedly suggested they step outside, and Owens agreedThe smaller heckler was floored by a right from Owens, who then walked away Click here for all your latest international Sports news from DailyMail.com

Former Liverpool and Preston North End striker Neil Mellor who was reporting on the Sky Bet Championship match between Barnsley and Blackburn Rovers at Oakwell Stadium on December 26, 2016 There’s nothing quite like the buzz of excitement when word begins to spread about a talented young goalscorer emerging ...


View more: Liverpool 'wonderkid' scored 46 goals in one season before seven operations and being left in tears by Champions League decision


View more: Video: Odell Beckham Jr. is the victim of an 'overzealous flight attendant who wanted to prove his authority' and did NOT deserve to be booted from his flight in Miami, claims NFL free agent's attorney

The most dangerous roads in America revealed - from the Florida interstate that averages 1.41 deaths per mile to the Alaskan highway with no gas stations or rest stops for 240 miles

The rise of 'career cushioning': Everything you need to know about the controversial new workplace trend gripping Australia