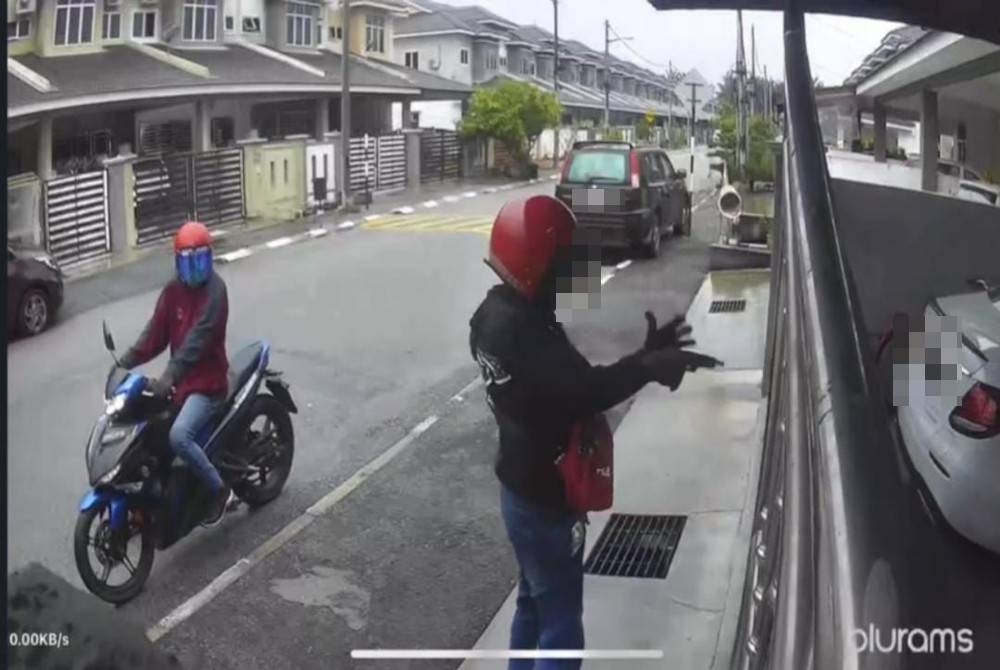 CCTV footage traces a man holding a weapon believed to be a gun in an incident in Sitiawan on Friday. – Photo courtesy of the reader

IPOH – The police are investigating a shooting incident in front of a house in the Sitiawan residential area, Manjung. yesterday.

“The police rushed to the scene and according to the house owner, who is staying with his wife and two children, his wife had heard an explosion outside the house earlier in the morning, but ignored it.

“At about 12.45 pm, the complainant (the man who called the police) went out of his house to collect some items and notice damage to the rear window of the victim’s car and then saw a bullet casing under the vehicle,” he said in a statement here today.

Mohd Yusri said a team from the Forensic Division (D10) of the Criminal Investigation Department of the Perak Police Contingent Headquarters was at the scene and found a hole in the rear window of the victim’s car, believed to be from gun shots, as well as a bullet casing.

He said the police viewed footage from a nearby closed-circuit television camera and saw two male suspects on a Yamaha Y15 motorcycle, which had no registration number, with one of them seen firing a shot at the victim’s car.

“The suspect was then seen trying to fire another shot towards the front of the house, but the gun was believed to have failed, and the suspects then fled,” he said.

He said the police were investigating the case under Section 8 of the Firearms (Increased Penalty) Act 1971. and urged those with information about the incident to contact Senior Investigating Officer ASP Mohd Azalan Ab Karim of the Manjung District Police Headquarters at 019-3927837 or the nearest police station. – BERNAMA